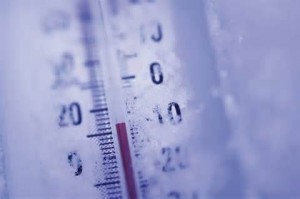 If you want to know everything that’s wrong about a Big Government world (which also means a multi-rules, heavily bureaucratic world), you need look no further than a recent news report out of Minnesota.  It took place at Como Park High School and involved teachers who, because of their bureaucratic training, completely abandoned human decency.

It all started out on a very cold day in Minnesota, with the temperature ranging between -8 and +12 degrees Fahrenheit.  The high school has an indoor pool, and that’s where 14-year-old Kayona Hagen-Tietz was swimming when a school alarm went off.  Before she could get to the locker to get her clothes, the teacher rushed her out into the cold.  Let me rephrase that:  A teacher in thrall to rules sent a soaking wet 14-year-old girl out into sub-freezing temperatures, clad only in a swimsuit.  She didn’t even have flip-flops on her feet.

Let’s accept for the moment that the teacher behaved correctly, since she or he had no way of knowing whether there was an imminent hazard in the school buildings.  Once outside, though, you’d think that the faculty would take steps to warm Kayona.  It turned out, though, that warming her was against the rules:

In the meantime, teachers feared to violate openly a school policy that prohibits students from sitting in a faculty member’s car.

Even the lowest intelligence can figure out that the rule’s purpose is to prevent teachers from engaging sexually with children.  The likelihood of a covert sexual contact happening between Kayona and a teacher under the actual circumstances is ludicrous.  The faculty cars were in full view of the entire school.  There was no chance of illicit sexual congress.

Fortunately for Kayona, her fellow students hadn’t had human decency ground out of them by rules:

Hagen-Tietz fellow students, however, demonstrated a grasp of civilized behavior. Students huddled around her and some frigid classmates [sic], giving her a sweatshirt to put around her feet. A teacher coughed up a jacket.

As the children were keeping Kayona alive, the teachers were working their way through the bureaucracy.  After a freezing ten minutes, an administrator finally gave permission for the soaking wet, freezing Kayla to set in a car in full view of everybody:

After Hagen-Tietz had suffered for ten minutes in sub-zero weather, a teacher finally received administrative permission to let her sit inside her car until students were allowed back inside.

Kayla suffered frostbite from her appalling experience at the hands of a government bureaucracy.

In what is an indictment of Western society, Kayla’s experience is not unique.  Back in 2009, a lot of people were very upset when they heard a story out of England:  a man with a broken back lay in 6 inches of water, but paramedics refused to rescue him because they weren’t trained for water rescues.  One didn’t have to go as far as England to see this kind of bureaucratic disregard for human life.  In 2011, Alameda police and firefighters literally stood and watched a man drown because they too weren’t certified for water rescues.  The unknown in Alameda is how deep or dangerous the water was, something that could indeed have meant that a suicidal man drowned other people.  In England, though, the rescuers took a rule clearly meant to apply to dangerous water situations, and refused to help someone lying in water that wasn’t even knee-deep.

Fortunately for me, since I have to tidy the house today, I don’t have to summarize precisely what went wrong in Minnesota, England, and Alameda.  Dennis Prager did it for me in his latest video: