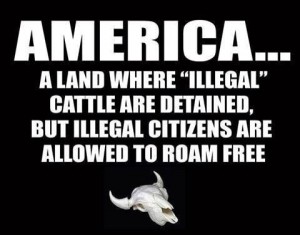 The best thing that happened to the Left in the last few days was the fact that Cliven Bundy couldn’t keep race out of the conversation.  It really doesn’t matter whether he was making a valid point about slavery by any other name or if he was making as invalid a point about race as the MSNBC crowd does on a daily basis.  What matters is that his stand against the government correctly brought to people’s attention the fact that our federal government has completely forgotten that it is the people’s servant, not their master.

To use an extreme example, the fact that Hitler was a vegetarian doesn’t discredit vegetarianism.  There may be other, nutrition-based or resource-based, grounds to discredit it, but Hitler’s food predilection says nothing about the merits of vegetarianism or vegetarians.