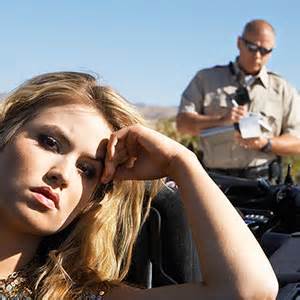 I am very disgruntled. I got a moving violation today and have the strong feeling that I was set up.

There is a road near my home that I travel frequently. It’s a familiar road and, in its own way, a fun one:  Many people in my community travel that road on foot and I like to keep an eye out for friends.  Seeing them always gives me a comfortable, small town feel.

Just as I entered the intersection (going the speed limit), one of the men walking north towards the corner suddenly swerved east towards the cross walk and stepped off the curb. I had a split second to figure out what to do. In that split second, he looked over his shoulder, up the cross street, and then stepped back onto the sidewalk. I had my foot hovering over the brake, ready to plow my passenger into the dashboard, but his change of plan made me change my plan.  I decided that he’d changed his mind about his impulsive decision to cross the street (because there was no indication that he was previously contemplating doing so), and I drove on.

Fifteen seconds later, I saw a motorcycle police officer coming up behind me with his lights on. An officer wearing a uniform from a police department two towns away from mine approached and asked politely if I had seen the pedestrian. I said that I had, but that he’d stepped into the intersection when it was too late for me to stop safely for the passengers in the car — even though I was going the speed limit — and, since he’d obviously then changed his mind and turned around, I kept going.  The officer informed me that I had enough time to stop and issued me a moving violation.

At this point, I might have thought the whole thing was my bad luck, but then something happened that got me wondering: About four minutes after the policeman stopped me, I saw another car in my rear view mirror getting pulled over. I’m betting he got pulled over for the same infraction because the office went out of his way to tell me that they were cracking down on cars that didn’t stop for pedestrians.

The crackdown might explain that another car got stopped immediately after I did, except for that information I opened the post with:  There were no pedestrians near that intersection other than the two men I mentioned, one of whom got me in trouble.  Perhaps — and I’m just say perhaps — that same pedestrian did the same thing to the other driver that he did to me: Looked as if he wasn’t going to cross, waited until the driver got into the intersection, stepped into the cross walk, then stepped back onto the curb, right in front of another motorcycle cop.

There’s no way I can ever prove this, of course. I just think it’s a remarkable coincidence that, within four minutes, on a street with only two pedestrians at a corner where police were hiding as part of a crackdown, two people got ticketed for moving violations.

It’s not the end of the world, of course, but I don’t like being made a fool of, especially when it costs me money — and being caught in a con (a scam? a sting?) does make me feel as if I’ve been played. Whatever the cost, I can afford it, thank goodness. Others who travel the road can’t (and I wonder if the police let them off with a warning, since the whole infraction is, I believe, a man-created offense).

Aside from the cost of the ticket (and I don’t know yet what it is, but I’m sure it’s not cheap), if I want to avoid seeing my insurance going up, I have to go to traffic school. The county makes that expensive too:

You know what else irked me? The ticket itself. The useful information on the back is illegible, light gray on pink.  I could see that it said “IMPORTANT — READ CAREFULLY,” because that was in 10 pt text and all caps, but everything else was not only in faded gray on pink, but was also 6 or 7 pt text.

If a business handed out a document with important information in illegible text, not only would people not be bound by the information, but the business would be sued under all sorts of consumer protection acts. One of the mandates the law imposes on businesses is that they must ensure that important information in documents that they give to consumers is in dark ink and uses a readable font. Our government, however, is free to hand out unreadable traffic tickets. Fortunately, I was able to access the information I needed on the internet.  Not everyone, though, is as internet savvy as I am, something that’s especially true for older people.

I’ll get over this, but as someone who’s not fond of government at the best of times, I really didn’t need to be on the receiving end of this petty exercise in police power.  I was just speaking today with a contractor about building codes.  He said that inspectors don’t have to have any building experience.  Instead, they can just be any old person who takes a class on how to read the code and apply it to a building site.  This means that the inspector is going to be absolutely inflexible.  Since he has no knowledge, all he can do is paint by bureaucratic numbers.

Take wheelchair ramps, for example.  I like them.  They’re useful for all sorts of people, from the disabled to mothers with baby strollers.  My problem is that codes don’t say only that the ramp has to be wide enough to accommodate wheelchairs of a specific width, that it cannot have a grade greater than “X” or less than “Y”, and that it cannot force the disabled to wend their way through garbage piles.  Architects, engineers, and contractors can then act creatively to meet those parameters while still respecting the space or design of the building project.  Instead, codes spell out rigidly what the ramp must be like, even though it might be impossible or cost-prohibitive to fit that specific, code-defined ramp on the project, and even though an equally useful ramp might be built a different way.

I have the same problem with the ticket I got.  There was not the smallest likelihood I would have hit the man, who turned back to the curb the second his foot hit the road.  There’s also no indication that I was driving so recklessly or fast that I would have been unable to stop had it been apparent that he was bound and determined to cross.  The rule didn’t provide any flexibility for me to read the entire situation:  the passengers in my car, the other drivers on my tail, and the pedestrian’s actions, moving both forwards and backwards.

Instead, because the pedestrian (whether he was a plant or not) decided on the spur of the moment to step into the street, I was expected to stop immediately, sending my passengers flying and risking that another car would rear end me.  Keep in  mind that, as the situation played out, I could have hit the pedestrian only if I suddenly accelerated from 30 mph to about 70 mph (which I could do in a Tesla, not my Mom car), or if he had sprinted at warp speed to get in front of me.  Keep in mind too that, if the pedestrian was a continuing into the intersection, or was a child, I would have slammed the brake so hard, I would practically have moved backwards.