I got to thinking about the fact that D-Day troops were conscripts, while modern troops are volunteers. In theory, a Bowe Bergdahl should have been more likely in 1943 than in 2009. I therefore wonder if the military’s relentless emphasis on how nice it is — kind of a big charity that does a little fighting on the side — makes it too enticing to lost souls.

Yes, that’s a random observation and I obviously haven’t thought it through. I’m just throwing it out there. What do you think?

While you’re pondering that question, I have things you might enjoy:

You want to know just how weird Obama’s America has become? I agree with Noam Chomsky (at least on this one thing). It feels like some Biblical prophecy that Obama is successfully making allies out of enemies.

Stephen F. Hayes has an absolutely splendid chronology of the unraveling that’s taken place in the White House since Obama first announced the “Gitmo 5 for Bowe” exchange.

Obama and Co., who have been more hostile to Israel than any cohort in America’s history since Israel’s founding, keep claiming that Israel is a great example of these kind of exchanges. No, she’s not.

Obama has found that faux emotion, outrage, and condescension aren’t working when it comes to his 5 for 1 deal. He’s now trying his tried-and-true tactic of waging aggressive war against straw men. It’s not just a rhetorical thing. I think there’s a real touch of paranoia going on there.

Mark Steyn also believes that Bob Bergdahl, Sr., has some answering to do for learning that his son was cracking and, instead of seeking help from him, exhorting him to “OBEY YOUR CONSCIENCE.” One can’t escape the icky feeling that Bergdahl, Sr., approved highly of Bowe’s shifting allegiances.

I already did my D-Day post, but there are other things regarding D-Day that I’d like to bring to your attention:

A real time account, based upon first-hand recollections, of the first wave at Omaha Beach. It is painful and riveting.

Susan D. Harris did something I haven’t seen before: she looks at the home front on that pivotal day. It helps us peel back the veil of time and understand that mothers, fathers, sisters, brothers, and wives were all realizing that their loved ones were fighting on that foreign shore.

Bernard Jordan must have been something when he was a 19-year-old. Only someone with a firing burning brightly within him would, at age 89, think to himself “bugger that” when his old age home told him he couldn’t attend a D-Day reunion in Normandy. Jordan, who was living in a care facility in England, hid his medals under his raincoat and went the good kind of AWOL: He managed to get himself to Ouistreham for a reunion with his comrades in arms. Good for him! Being old doesn’t mean being infantile, and it was his risk to take.

Winston Churchill had a lot of faults, not the least of which was his profligacy with the lives under his command. Nevertheless, it was he who stood alone against Hitler and, once he became Prime Minister, it was he who inspired the British to stand with him. The years after 1939 might have been much different but for his stalwart faith in western liberties.

Is the takeaway lesson from D-Day and WWII that we can avoid future conflagrations if we rediscover core values first enunciated in the Enlightenment? I’d say yes, provided that rediscovering those values means defeating the Left’s kumbiya moral relativism (not to mention its overall anti-Enlightenment attitudes). We are not enlightened if we say that it’s perfectly okay for Islamists to use fire and sword to achieve their goals, including the subjugation of women and Christians, and the genocide of Jews, gays, and other Muslims.

Maybe there’s a reason that Morgan Freeman always plays God in the movies:

Buried treasures are everywhere. The latest is the discovery that a whale lurks beneath a mid-17th century Dutch oil painting of people standing on a beach. Everyone thought they were staring at the Ocean. They weren’t.

Hillary Clinton boasts that she refused to attack Sarah Palin in 2008, showing female solidarity. That may be (I honestly don’t remember), but she certainly didn’t temper the misogynistic venom heaped on Palin back in 2008. More than that, Hillary’s “female solidarity” shtick is a reminder that Democrats attack categories and labels (and the people representative of those categories and labels), while Republicans challenge and, in many cases, denigrate ideas.  (I made this same point yesterday apropos Joni Ernst’s success in the Iowa primaries.)

Philip Klein makes a compelling case that the real Obama is emerging in his second term, and it’s not pretty.

Paul Caron, the Tax Professor, has kept a laser-like focus on the IRS scandal, both what’s been happening and what’s been (to the administration’s relief) lying fallow. Today, he asks just how close Chuck Schumer was to the IRS’s decidedly unconstitutional partisan attack on conservatives in a presidential election year.

One of the good things about the Obama administration is that it’s given the academic Left the confidence to reveal its inner self — and that’s just as ugly as the inner Obama.  It’s interesting how, once you remove the sophisticated gloss of academia, you end up with students and teachers who represent a foul intersection between berzerkers and lunatics. Even the reliably Left Los Angeles Times is taken aback by “trigger warnings,” which is the academic Left’s latest cause.

Incidentally, the National Association of Scholars has picked winners in its Twitter “trigger warning” contest, and you won’t be disappointed with the results.

Selwyn Duke argues (credibly) that our society’s and, especially, our media’s efforts to downplay the role minorities play in America’s gun crimes warps the debate and threatens the Second Amendment.

Sharon Osbourne not only deeply regrets her abortion, she’s very open about acknowledging its negative effect on her life. Indeed, she says something quite profound: “In life, whatever it is, you pay somewhere down the line. You have to be accountable.” Accountable? Really? That’s an old-fashioned concept, isn’t it?

And I’ll end with a bit of fun. First, a video that purports to prove that Frank Marshall Davis is Obama’s biological father (which, if true, would put to rest the whole thing about Obama being a Kenyan). And then a couple of pictures: 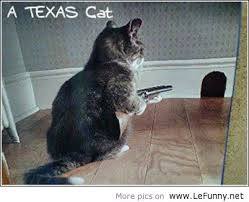