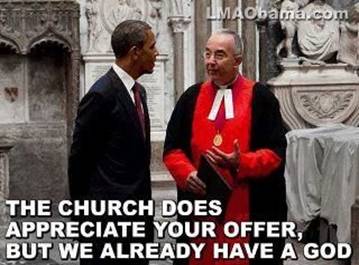 Back in the 1980s, when I was a good ol” liberal Democrat (sort of in the Kennedy mold), I kept hearing those Bible Thumpers in the Moral Majority bandy about a word: “Secularist.”

What the heck was that? Nobody I knew (and everyone I knew was a person of the sort-of Left) called him or herself a “secularist.”

What in the world did those zealots mean by labeling me that way and pretending that I’m doing something damaging to them? I understood what was really going on:  Very religious people were abnormal, and then there were the rest of us who were non-religious, or slightly religious in a genteel, non-obtrusive fashion.  The fact that our “religion”  closely paralleled the Democrat Party platform, meaning that laws were informed by our “religious” values was just a coincidence.

We were not foisting anything on them.  If anything, they were the foisters, especially with their stupid pro-Life values.

I’ve obviously come a long way from then, haven’t I?

. It was he who explained to me that to hold values in opposition to traditional Christianity is itself a value system.

Bingo! Light bulb moment. As of 1994, I finally understood what the Moral Majority was complaining about. I didn’t yet agree with the values they advanced, but I instantly became much more sympathetic to their complaints about Leftist, secular culture encroaching upon them.

The societal change Carter noted — that the absence of religious values (as opposed to religious doctrine) was taking over the public forum — has only accelerated in recent years. I actually hadn’t thought about it in any specific way until I read Megan McArdle’s very thoughtful post about the Left’s hysteria in response to the Supreme Court’s extremely narrow, common-sensical Hobby Lobby ruling.

For conservatives, even non-religious ones, the ruling’s correctness was a no-brainer:  The holding that government cannot compel people to purchase a product inconsistent with core doctrinal beliefs is true both to the Constitution and to the traditional American ethos of keeping the state out of people’s religion.

But what if the state itself is the people’s religion? McArdle believes that this trend, which sees public space co-opted by non-religious beliefs that have been themselves elevated to absolute “values” explains much of the hysteria, not among the professional Left, but among ordinary DemProgs.  The change in attitude McArdle notes explains both why Leftists cannot appreciate the seriousness of the issue for religious people and why they do not view the Obama administration’s actions as coercive.

I’m quoting McArdle at some length here, because the logic underlying her theory is so tightly constructed, it’s difficult for me to quote her without doing damage to her reasoning.  I urge you, though, to read the whole thing:

I think a few things are going on here. The first is that while the religious right views religion as a fundamental, and indeed essential, part of the human experience, the secular left views it as something more like a hobby, so for them it’s as if a major administrative rule was struck down because it unduly burdened model-train enthusiasts. That emotional disconnect makes it hard for the two sides to even debate; the emotional tenor quickly spirals into hysteria as one side says “Sacred!” and the other side says, essentially, “Seriously? Model trains?” That shows in Justice Ruth Bader Ginsburg’s dissent, where it seems to me that she takes a very narrow view of what role religious groups play in the lives of believers and society as a whole.

The second, and probably more important, problem is that the long compromise worked out between the state and religious groups — do what you want within very broad limits, but don’t expect the state to promote it — is breaking down in the face of a shift in the way we view rights and the role of the government in public life.

To see what I mean, consider an argument I have now heard hundreds of times — on Facebook, in my e-mail, in comment threads here and elsewhere: “Hobby Lobby’s owners have a right to their own religious views, but they don’t have a right to impose them on others.”As I wrote the day the decision came out, the statement itself is laudable, yet it rings strange when it’s applied to this particular circumstance. How is not buying you something equivalent to “imposing” on you?

I think you can understand this, however, as the clash of principles designed for a world of negative rights, in a society that has come to embrace substantial positive rights — as well as a clash between old and new concepts of what is private and what is public.

This works very well in situations in which most of the other rights granted by society are negative rights, because negative rights don’t clash very often. Oh, sure, you’re going to get arguments about noise ordinances and other nuisance abatements, but unless your religious practices are extreme indeed, the odds that they will substantively violate someone else’s negative rights are pretty slim.

Alongside this development, as Yuval Levin has pointed out, we have seen an ongoing shift, particularly on the left, in the balance between what constitutes the private and the public spheres, and who has powers in which sphere. There’s a reductive tendency in modern political discourse to view public versus private as the state versus the individual.

In the 19th century, the line between the individual and the government was just as firm as it is now, but there was a large public space in between that was nonetheless seen as private in the sense of being mostly outside of government control — which is why we still refer to “public” companies as being part of the “private” sector. Again, in the context of largely negative rights, this makes sense. You have individuals on one end and a small state on the other, and in the middle you have a large variety of private voluntary institutions that exert various forms of social and financial coercion, but not governmental coercion — which, unlike other forms of coercion, is ultimately enforced by the government’s monopoly on the legitimate use of violence.

[O]utside of our most intimate relationships, almost everything else is now viewed as public, which is why Brendan Eich’s donation to an anti-gay-marriage group became, in the eyes of many, grounds for firing.

For many people, this massive public territory is all the legitimate province of the state. Institutions within that sphere are subject to close regulation by the government, including regulations that turn those institutions into agents of state goals — for example, by making them buy birth control for anyone they choose to employ. It is not a totalitarian view of government, but it is a totalizing view of government; almost everything we do ends up being shaped by the law and the bureaucrats appointed to enforce it. We resolve the conflict between negative and positive rights by restricting many negative rights to a shrunken private sphere where they cannot get much purchase.

Beginning in the 1980s, though, the Left co-opted the public space, declaring that it was not neutral territory but was, instead, government territory.  Further, because Leftists deny that their belief in non-Christian values is itself a value, they insist that by doing so they’re not infringing on First Amendment rights.  They insist upon this denial even as they promote and guard their own secular faith with all the vehemence of a true religious zealot.

The Obama healthcare mandate reflects the fact that, for the Left, the distinction between your private religious space and all the other public government faith space has morphed again.  Now, as a person of faith, the only space you have that’s yours is within the four walls of your home.  Everything else is within the public purview, meaning that it’s under government control and government values (which are, by definition, statist, hostile to matters of faith, and identical to the Democrat platform).  With this rejiggered view of public and private, the government is not infringing upon your religion if it imposes obligations on you (even obligations that directly contradict your faith) as long as it is not constraining you within your own home.