I’ve got a lot of open tabs with all sorts of random, but useful and interesting, information. Here goes….

The Watcher’s Council has a new forum up, this one examining Eric Holder’s resignation and his future plans. I don’t think I’m giving too much away if I say that none of the forum participants believe Holder retired because he needed a break from the job.

Is it real or is it a satire?

When a friend sent me this link about Obama’s plans regarding ISIL, it took me a few seconds to decide whether it was real or satire. Now it’s your turn to spend a few seconds answering that question for yourself.

Men without women are dangerous

For years I’ve been harping away on what a very wise friend told me, which is that Islam’s fundamental quarrel with the West is about women: Islam wants to control women, and the West refuses to get with the program. Roger Scruton adds another dimension to the problem Islam has with women, which is that the women are being locked away from the young men who need them most. Between the whole burqa/locking up thing, and the polygamy that gives old men lots of young women, while leaving young men with nothing, the Muslim world has produced a huge population of young men with an enormous amount of unresolved sexual tension.  Combine this tension with the promise of its full resolution in the afterlife provided that you first kill non-Muslims, and you’ve created a whole lot of nascent murderers.

Why is this recovery different from all other recoveries?

It’s different because Obama’s crony capitalism has ensured that any benefits derived from the recovery have gone primarily to the rich people encircling his White House throne.

The Leftist dream about Common Core

By the way, when I watched the video at the link, I thought of this poster that I culled long ago from a Leftist Facebook friend: 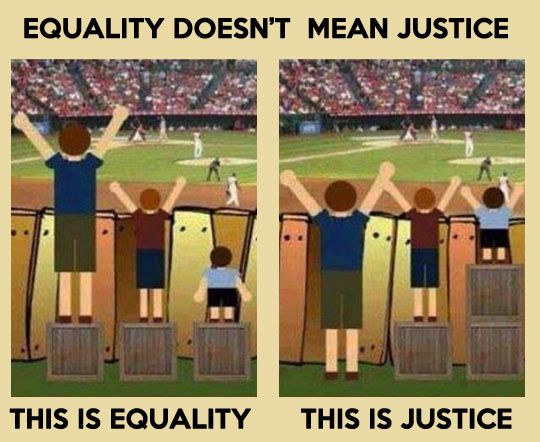 Goldberg’s whole post is worth reading, insofar as it seeks to explain why American feminists, despite succeeding beyond any woman’s wildest dreams at any previous time in history, still complain bitterly about their victimization. I especially liked the following paragraph, though, about the way in which feminists discount objective facts merely because men state them:

Maybe it’s true that pointing out that women are doing much better today according to myriad measures somehow solidifies my rank in the cult of Priapus, but I’m at a loss to figure out how. And, even if it did, even if pointing out there is no rape epidemic on college campuses earned me an extra round of martinis at the men’s club with Mr. Monopoly and the Koch brothers, I cannot for the life of me see how that makes the facts any less factual. If I slapped my wife’s name on my column instead of my own, would the facts therein suddenly be more true? (“Hey don’t use ‘slap’ and ‘wife’ in the same sentence or they’ll compare you to Ray Rice.” — The Couch)

Note to Jonah: Logic is also part of the male hegemonic structure aimed at excluding women from power.

Continetti unleashes a wonderful stem-winder against a journalist class that can report no wrong when it comes to Hillary Clinton. This will give you a taste of his tour de force:

I am not entirely without sympathy. Mainstream journalists are under pressures that we are not. They have to pretend for example that David Brock is a serious person. They are implicated in the liberal Democratic project through family or sympathy or ambition. They have to take angry calls from the White House and congressional Democrats and candidates. One of Alana Goodman’s scoops involved a meeting at the D.C. bureau of the New York Times at which Hillary Clinton’s top lieutenants complained about the paper’s coverage of their boss, saying it was too intrusive and critical and that Clinton is not a public figure but an expectant grandmother. Leave Hillary alone, she’s under a lot of stress right now, she still has to wear those glasses at night, we have long memories, all she wants to do is swim, she hasn’t made up her mind about 2016, she’s putting the finishing touches on her book, dinner last Saturday was a lot of fun we should do it again sometime, she’s really a private person and doesn’t like all of this attention, why do you have to be so mean to her, I’m not going to write that recommendation letter for Sidwell Friends, Chelsea’s afraid the bad press may affect the baby, yes I’ll be at Hilary Rosen’s on Friday, we are totally uninteresting and unaffected and blameless and prosaic and apolitical but cross us and we’ll cut your f—ing knees off . . . Could you have been at that meeting and not laughed?