Unlike most of my Bookworm Beats, in which I try to share with you as many articles and ideas as possible, this one’s going to be short. I have only three points I want to discuss, but I think all of them have so much merit, I don’t want them to get lost in a larger post. So, off we go….

Obama’s revenge against the American voter

Politico has published a quite fascinating article entitled “Operation Revenge.” The article’s central theme is that Obama not only intends to use his last two years in office to act without Congressional and constitutional restraints, but that he especially intends to exact revenge upon all those Republican Congressional figures who have stood in his way:

Obama’s turnaround in recent weeks – he’s seized the offensive with a series of controversial executive actions and challenges to leaders in his own party on the budget — can be attributed to a fundamental change in his political mindset, according to current and former aides. He’s gone from thinking of himself as a sitting (lame) duck, they tell me, to a president diving headlong into what amounts to a final campaign – this one to preserve his legacy, add policy points to the scoreboard, and – last but definitely not least – to inflict the same kind of punishment on his newly empowered Republican enemies, who delighted in tormenting him when he was on top.

Think about that for a moment: Our president intends to “inflict . . . punishment on his . . . Republican enemies.”

Neither Politico nor Obama seem to care about the reason those Republicans in the House have been so recalcitrant since 2010.  These fractious men and women didn’t just magically appear in the House one day.  They were there because American voters liked their promises to rein in Obama’s worst excesses.

After Obama owned Congress from 2008 through 2010, and Congress gave him all the spending, regulating, and Obamacaring he asked for, the American people slammed on the brakes. Their message, was clear: Obama, we want you to stop!!

In 2012, voters reelected Obama, even while maintaining an oppositional House. Again, the message was uncomplicated: “You, Obama, continue to be likable enough to be our president, but we’re not going to let you go crazy.”

Despite the messages of the 2010 and 2012 elections, Obama (unlike Bill Clinton) refused to mend his ways.  After 2012, Obama continued to push for tax, spend, and regulate at home, while abandoning America’s traditional interests and friends abroad.  Frustrated Americans spoke even more loudly, this time handing the Senate as well as the House to Obama’s opposition.

Put another way, the “Republican enemies” who were “tormenting” Obama weren’t just some Joe Shmoes dragged in off the streets or hired by Sheldon Adelson. They were (and are) duly elected representatives of the people of the United States of America — and, for the last 3 elections, the American people have stated loudly and clearly that they do not want Obama’s agenda. They’re fine with Obama himself — he’s pretty to look at and it would have been embarrassing to have a one-term “first black president” — but they do not want his agenda.

Unfortunately, as has consistently proven to be the case, Obama is unclear on how the constitutional system works.  Rather than bowing to the voter-driven checks and balances in our system, Obama takes Republican Congressional enmity personally.  He refuses to accept that, in this democratic republic, those congressional Republicans are the people’s emissaries.

When Obama gets his “revenge” against Republicans in Congress, he is in fact taking his revenge on the American people — and doing so in ways of quite dubious constitutionality. While Obama may be glorying in the freedom that comes with having run his last presidential campaign, the rest of the country is being exposed to an executive leader who has explicitly declared that our constitutional system of checks and balances no longer applies to his presidency.

Warren Beatty’s fictional Bulworth suddenly felt free to say what he wanted to say. Barack “Bulworth” Obama is going one step further, and feels utterly free to do what he wants to do, regardless of all the limitations the Founders, in their great wisdom, placed on executive power in order to avoid traveling down the path to tyranny.  I do believe that this is the first time in American history that the president, acting on his own initiative, has turned to the majority of the American people . . . and flipped them the bird. 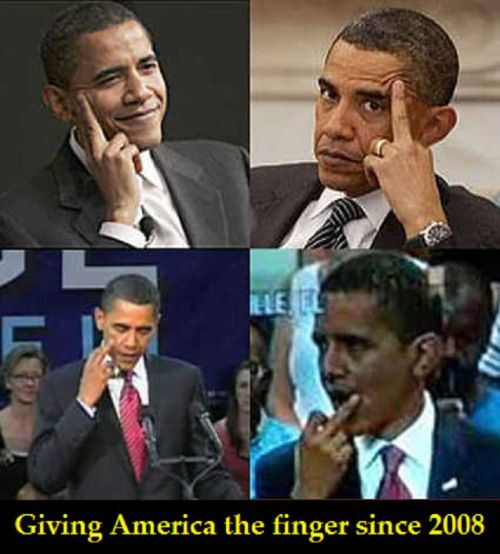 The media likes to highlight the atheists’ expected anti-Christmas antics, whether they’re deranged, exhibitionistic feminists robbing from creches; the annual “you Christians are so stupid” billboards; or Neil deGrasse Tyson’s snidely condescending tweets. It’s gotten to the point at which nothing says Christmas like atheists.

But Sultan Knish points out where the real war on Christmas lies, and it’s not with feminists, creche snatchings, or smug physicists. It is with Muslims.

You see, Daniel Greenfield (Sultan Knish’s real name) noticed a pattern that I had completely ignored, and that’s the huge upswing in Islamic attacks around Christmas. I mean, I knew that every holy day in Israel is a time for Palestinian warfare. After all, I was around in 1973 when the Muslim’s attacked Israel during Yom Kippur, so the pattern became pretty darn obvious to me then. What I missed was that the same pattern of attack on holy days is a routine occurrence at the intersection of Muslim and Main Street:

A Somali Muslim attempted to bring terrorism into the United States by bombing a Christmas tree lighting ceremony in Portland in 2010. Mohamed Osman Mohamud (twice the Mohammed for twice the mayhem) had a simple goal, “I want whoever is attending that event to leave, to leave dead or injured.”

Mohamed Mohamud was just following up on the work of Christmas Day flight bomber Umar Farouk Abdulmutallab over from Nigeria who stuffed his underwear full of plastic explosives and tried to detonate it on Flight 253.

Meanwhile this year we’ve been tried to race riots in which Muslim organizers have played a leading role and two attacks on New York police officers carried out by Black Muslims. The last attack by Ismayil Abdullah Brinsley robbed two families of a Christmas holiday together.

Over in France, a Muslim rammed his car into a Christmas market while shouting Allahu Akbar, which translates roughly to my Allah is greater than your god. His attack was one of two Car Jihads in France, which has one of the largest Muslim populations in Europe, in a matter of days. And one of three Muslim terror attacks overall.

Meanwhile in Australia, the flag of Jihad was held up by hostages over a window engraving reading “Merry Christmas” in a terror attack that ended up costing two lives.

The timing of these attacks is not coincidental. It’s not simply that a specific terrorist plan happens to reach fruition around Christmas. While it’s true that enterprising Muslims are waging war all year long, Christmas in the West especially arouses their ire, as do Indian holy days or Jewish ones. Greenfield explains:

For Muslims this has always been religious war. And what better target for terror, than an infidel’s religious event?

The clergy at interfaith conferences may yammer on about how we’re all the children of god, but Muslims know better. They are the slaves of Allah and we are heretics and idol worshipers. It’s their duty to fight us, until we submit and accept Muslim rule.

The more we resist, the more they’re obligated to kill us until we give in and there’s a mosque on every corner and the Koran replaces the Constitution. It’s a religious duty for a Muslim to make the Way of Allah triumphant all across the globe.

To Muslims, this is a sacred duty and a way of life, that is not a detail, but the heart of the Koran.

I’d love to quote Greenfield’s entire post, because it’s that good, but I won’t. You have to read it yourself to understand that, willingly or not, we’re fighting a old-fashioned holy war, a reality that’s very clear to our enemy in this fight.

There’s been some back and forth amongst conservatives about whether we’re right to blame increasingly violent Democrat/Progressive/Leftist anti-police rhetoric for the execution-style deaths of two police officers in New York. After all, say those who want blame to rest only with the killer, we were outraged when the Left instantly blamed Sarah Palin for the deadly shooting attack involving Gabby Giffords. I think that those saying this (and I greatly respect many of them) are erroneously equating apples with oranges.

There is a bright, clear line between a speaker on the political rounds during elections saying “we’re targeting that seat/candidate and we’re going to win,” and demagogues and mobs, after a shooting, saying it’s time to murder cops. One is a political metaphor; the other is a direct incitement to violence.

Think of the rhetorical divide this way:  On the one hand, you have someone saying “There might be a fire in a crowded theater one day so we should get rid of ineffectual Fire Chief Joe and, instead, elect Bob as the new Fire Chief.” (That’s what Palin was doing and American politicians have always done.)  And on the other hand, you have someone else standing in a crowded theater shouting “Fire!  Oh, and while that frenzied mob is running from the theater, let’s kill Fire Chief Joe.”

Jason Riley, of the Wall Street Journal, points out something further which had earlier eluded me. The ones doing the loudest screaming about Fire and Murder are Al Sharpton and Jesse Jackson. And you know what? These two men, of all people, should know better. You see, every time Al Sharpton and Jesse Jackson have waved red meat before the mob, those whom they’ve whipped into a frenzy have murdered innocent people:

JASON RILEY, WALL STREET JOURNAL: The one person of course who is responsible is the animal who pulled the trigger, he’s the one that we hold personally responsible for this and rightly so. And it’s also true, that Mayor de Blasio, with his anti-cop rhetoric, has created an atmosphere in the city that has made an occurrence like this much more likely than it otherwise would have been.

You know, what we have learned over the years is that when someone like Al Sharpton and Jesse Jackson injects himself in racially contentious situations people tend to get killed, whether it’s Crown Heights, Brooklyn, back in the early 90s, Freddie’s Fashion Mart up in Harlem in the mid-90s, or these anti-cop protests following the Ferguson shootings. When you the mayor, or the president of the United States, or Attorney General Holder, and you choose to align yourself with someone like Al Sharpton instead of with the men in blue who protect our cities nationwide, you’re asking for mayhem.