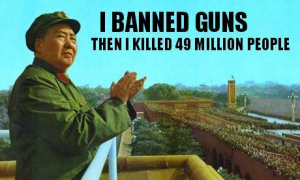 It used to be a joke amongst the anti-gun crowd — if the Second Amendment means we can’t take away guns, let’s just take away bullets. The fact that rendering Second Amendment guns ineffectual by stopping bullet production is just as unconstitutional as taking away the guns themselves doesn’t seem to faze the Obama administration.

If you are concerned about the way in which states such as California, as well as the federal government, are incrementally walking back ammunition availability, here’s useful information about the ATF’s current proposed ammo ban: