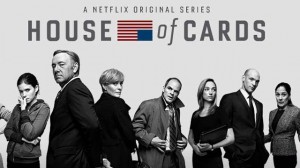 Having now watched episodes 6 and 7 in House of Cards, I’m done with the show. I’m freeing up several hours of my life to read books, write, visit with friends — indeed, do anything but watch something that’s turned into yet another boring, polemic, Leftist wish factory.

BEWARE — HERE BE SPOILERS. If you haven’t given up on House of Cards, don’t read past this paragraph. You’ll regret it if you do.

As a prelude to the  horrible defects in episodes 6 and 7, you need to know a little bit about episode 5.  Episode 5 introduces us to a Russian President who’s pretty much Putin — cynical, manipulative, dangerous and, it seems, a much better Machiavellian actor than even President and Mrs. Underwood.

President Underwood wants to get a UN peacekeeping force in the Jordan Valley so as to bring peace to the Middle East. (Yeah, the same UN that routinely supports Hamas terrorism against Israel.) Russia refuses to cooperate. Wrangling at the UN ensues, with America’s representative — the First Lady, Claire Underwood — getting bested by the Russians.

What seems like a subplot is the fact that the cynical Russian President, like Putin himself, is using gay persecution as a means of keeping the Russian people stirred up and loyal to him.

Before I go any further here, it’s important that I state that the Russian anti-gay laws are appalling and that Putin’s gay witch hunt, by which he deprives gays of even the minimal civil rights modern Russia has to offer so as to distract ordinary Russians from his systematic destruction of the economy and individual liberty, should be roundly and soundly denounced.

While UN negotiations are going on, Russia arrests an American gay rights activist who journeyed to Moscow to protest. Claire Underwood helps the activist’s husband make the arrest a cause celebre.

Interestingly, Obama, the first gay president, hasn’t done much about Putin’s despicable gay scapegoating. Apparently it’s okay when anti-Western dictators do it.  After all, Obama’s been pretty damn silent about gay witch hunts in ISIS territory, in Gaza, in the West Bank, in Iran, and in Saudi Arabia.  To the extent the show is raising the issue, the writers are clearly going where they wish Obama would go, not where he’s actually gone.

Eventually, through various machinations, including the promise of thousands of American troops to police the Jordan Valley and humiliating the Russian ambassador to the UN by making him hang around in the women’s restroom while Claire pees, the Underwoods get an agreement with the Russian president — Russia will release the gay rights activist, Underwood will weaken the West’s missile defense in the lands between Russian and the Jordan Valley so as to assuage the Russian president’s fear about American troops so close to his borders, and Russia will agree to a Jordan Valley UN occupying force.

Episode 6 takes place entirely on Air Force One and in Moscow. Once landed in Moscow, while Frank Underwood and the Russian President are getting along swimmingly in beating out an agreement to disarm parts of Europe and create that UN occupying force, Claire Underwood is having a problem with that gay rights activist. As part of his release, he’s supposed to read an agreed-upon statement, in which he apologizes for exposing Russian children to unnatural sex and thanks Putin for his release. Understandably, he doesn’t want to say those words.

Claire points out reasonably enough that everyone will know he’s lying, that he can immediately announce that he was lying once he’s returned to the US and that, once in the US, he can work hard to tell the stories about the Russian gay activists who were arrested and imprisoned at the same time he was. The activist announces that this is ridiculous, and he’ll have his chance to tell the truth during his trial in Russia.

At this point, I thought, “Wow, that guy’s really stupid, if he thinks (a) that he can speak freely in an anti-gay Russian kangaroo court and (b) that even if he does speak, anything he says will be heard outside the courtroom.”

So, Claire stays all night in his cell, while he whines about his husband being weak, attacks Claire, insists that he’s the only principled person around, and refuses to take any steps that will enable him to get word out about his cause. Eventually, he tells Claire to shut up and sleep on his cot while he thinks about what to do. When she awakens it’s to discover that he hanged himself using her scarf.

Claire returns to the Russian presidential palace to make a joint statement with her husband and the Russian president to the effect that the activist committed suicide, no one knows why, especially since he was to have been released. In exchange for that anodyne statement, the Underwoods get their UN force. Except that, in front of the world’s press, the normally controlled, utterly unprincipled Claire (which is part of her TV charm) suddenly develops a conscience and announces that she knows why the activist died — he did so to make a statement about the Russian people’s persecution of gays and says that his death lies on the Russian president’s doorstep. And there goes the agreement about UN forces in the Jordan Valley.

I consider Claire’s sudden, ill-timed, public attack of conscience a “jump the shark” moment. It was completely out of keeping with her character and was clearly some screenwriter’s fantasy of what he or she would do given a mic under similar circumstances.

Episode 7 is mostly about the Underwood’s trying to patch up the strain in their marriage because Claire’s Bulworth moment destroyed Frank’s negotiations with the Russian President. The one thing that intrudes on their labored journey to kissing and making up is that Israel is now balking at having UN “peacekeepers” in the Jordan Valley, and has offered Zimbabwe $35 million in aid to demand that an African general head the peacekeeping force — something no one in the UN will vote for. The Underwoods get around this by offering Zimbabwe double that amount to rescind the demand. Game, check, and match.

What got my goat was the penultimate scene (before the sappy lovey-dovey ending between reconciled Underwoods), in which Claire crashes a party to inform the Israeli ambassador in person that the US is well aware of Israel’s Zimbabwe deal and has destroyed it. In the course of this conversation, the ambassador says that Israel will not be forced to dance to America’s tune when Israeli’s safety is at stake. Claire responds fiercely that Israel will do exactly what the Underwoods tell Israel to do.

The ambassador also says that the Underwoods don’t know real fighting. The ambassador, the president, and the Prime Minister of Israel all do, because they’ve stood in uniform in the Jordan Valley. Claire then tells the ambassador that Frank Underwood is the bravest person she knows because he’s given the order to kill people and he’s had to go to the funerals of American troops.

Tell me that the above two paragraphs don’t perfectly describe the Obama relationship to Israel: In the world of Obama and his acolytes (especially those who write screenplays) Israel is a troublemaker who had better dance to Obama’s tune. Moreover, just because Israelis have actually fought in real, boots-on-the-ground battles against enemies armed with bullets and bombs, they’re just chickenshi*t cowards who know nothing about the real courage it takes to issue an order telling the military to launch a drone strike against a terrorist (or to sit in the corner of the situation room after Valerie Jarrett has given permission for an order to kill bin Laden).

Having written that last sentence, all I could think of was this: 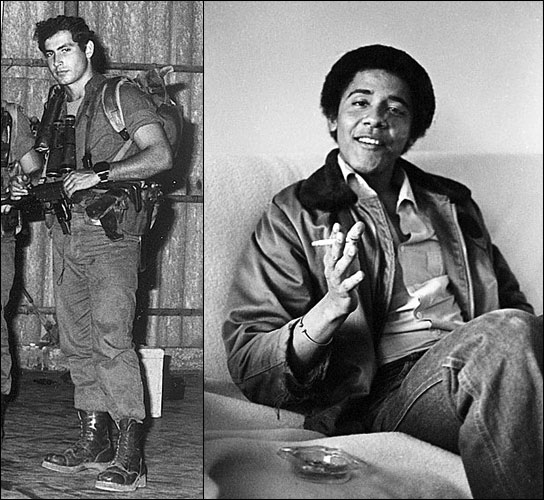 Anyway, as I said, I am done, done, done with House of Cards. From a fun comic book about competent and cheerfully unprincipled people defeating the less skilled unprincipled people around them, it’s turned into a pro-Obama polemic that fights the gay crusade that Obama won’t fight when it comes to Russia, and parrots and reinforces the fight he has against Israel, America’s once-upon-a-time ally.