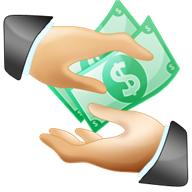 This is a post about Obamacare, but I think it needs to start with my daughter’s great insight about our neighborhood grocery store, which recently sold out to a so-called “high-end chain.” So far, the only thing high about the store under its new ownership it is the prices its charging. It’s selling the same meats Wal-Mart sells (not that there’s anything wrong with that), except that it’s promoting them as boutique specialty meats and pricing them accordingly (and there’s a lot wrong with that). When the neighborhood moms get together, they don’t have a lot of nice things to say about the newly configured market.

I decided to ask my teenage daughter what her peers in the neighborhood had to say about the new store at the same old location. Her answer, which I’m quoting verbatim, was marvelous, and should be read by every Leftist in America:

It’s okay. I like the soups. But otherwise, it’s really expensive. Now that my friends and I are all driving, if we want food, we either go to a restaurant where we can totally order what we want, or we go to Safeway, which is a lot cheaper. Basically, the local market is the kind of place you go when you’re spending other people’s money — like yours, Mom.

Could there be a more perfect statement of the problems that arise from government handouts?

Her little statement resonated especially strongly with me today, because of a discussion I had with a pro-Obamacare person this morning. What sparked the discussion was the fact that both Forbes and the New York Times had Obamacare offerings. Forbe’s offering is an article Steve Moore wrote about the false statements Obama made in a speech claiming that Obamacare was a success. The New York Times offering is a 35-minute-long video following the healthcare travails of a diabetic man in Kentucky, both before and after Obamacare went into effect.

Moore’s article is pretty self-explanatory.  He says that Obamacare is a “success” only because of the vast numbers of people who have been shifted to Medicaid. Yes, more people are insured, but a lot of people lost insurance that made them happy and ended up with insurance that cost more, whether in terms of premium increases or deductible increases.

The NYT video requires little more analysis.  The video follows a 61-year-old man who is presented in a complete information vacuum.  That in itself is a strong reminder that anecdote is not data. We know that he’s got diabetes, congestive heart failure, and failing kidneys. We know that his diabetes has caused hemorrhaging in his eyes that, if left untreated, will cause him to go blind. And we know that he pays a lot of money every month for his medicine. We also know that he’s apparently a hard worker.

And that’s all we know. For example, at the ophthalmologist’s office, we know that, after telling the man that it will cost $1,700 to treat the hemorrhage in his eyes, the billing manager tells him that the office will set up a payment plan for him, even if it’s only $5 a month, because his vision is at issue and they will make sure he’s treated. He says “okay,” and that’s the last we hear on the subject.

The pro-Obamacare person to whom I spoke summed this up as “He’s going blind because he can’t get treated.”

“Really?” I asked, surprised. “I didn’t hear that he couldn’t get treated. I heard that the doctor’s office would do anything it could to work out an affordable payment plan for him. And then the video abandoned that line of the story. Did I miss something?”

Well, no, it turns out that I didn’t miss anything. The pro-Obamacare person finally conceded that he just assumed that nothing came of the proposed laser treatment despite the offer of a humane payment plan. I told him that I, on the other hand, assumed nothing at all, which is the correct way to interpret incomplete data. (Okay, I said that last clause — about the correct way to interpret data — silently in my mind, because you can’t ever accuse a pro-ACA person of making up facts and conclusions. They get tetchy about that.)

Here another thing we don’t know:  We don’t know if this pathetic old man spent a large part of his money on drink, drugs, or other self-destructive or wasteful practices during his healthy years. I’ve written before about the person I know who lives amongst the poor. My friend is the only one in the neighborhood without a parole officer. Most of the neighbors are current or former alcoholics, heroin addicts, or meth addicts. All are chronic stoners. These little habits matter, both in terms of their current health and their current finances. It’s heartless of me, but I honestly don’t think that I should be called upon to pay for people who used their money to destroy their health. Perhaps the guy in the NYT video is a model citizen who is just profoundly unlucky . . . but perhaps he isn’t.

The video had a surprise ending which is that, despite the fact that the man couldn’t afford his medicines (and he had a lot of them) and was in failing health, he nelected not to get Obamacare. Although Obamacare would have gotten him a 50% reduction in monthly premiums, but the deductible was so high he decided upon an entire different choice: To wait until his kidneys failed because, once he started dialysis, Medicaid would pay (or do I mean Medicare? I always get them confused.).

The way I saw it, the video supported several of my belief systems: First, for the very poor, insurance is not always seen as the best option. In the post I linked to above, I wrote this:

I was speaking to my friend just yesterday about her healthcare and she offered a very interesting observation:  She and her husband, the only middle class people in a sea of poverty, are the only people she knows, amongst both friends and acquaintances, who have signed up for Obamacare.  The others have no interest in getting health insurance.  Even with a subsidy, they don’t want to pay a monthly bill for health insurance.  Even a subsidized rate is too onerous when they can get all the free health care they need just by showing up at the local emergency room.  Additionally, the ER docs are usually better than any doc who’s willing to belong to whatever plan they can afford.  Nor are these people worried about the penalties for refusing to buy Obamacare, since none of them pay taxes.

Second, despite my pro-Obamacare friend’s insistence that insurance is more affordable thanks to subsidies, that’s simply not true. Even people with subsidies can find that the increased deductibles make the subsidized premiums too expensive. And again, so many of those who were happily insured were suddenly faced, not just with higher deductibles, but with much higher premiums to help pay for those whom they now subsidize.

Third, contrary to Obamacare’s “fix,” which is a toxic amalgam of Leftism and insurance company/government cronyism, the problem isn’t solved simply by imposing a huge tax on middle class people, so that the insurance companies still get their share, while poor people get the benefit of a wealth transfer. Instead, the problem lies deep within our health care system.

For example, why are drugs so expensive? To answer that question, it’s useful to note that they’re not that expensive in the world of generic drugs, where there’s stiff competition. The real expense is in the world of newly invented proprietorial drugs. The current system gives a very long (I can’t remember how long) proprietorial period to the company that created the drug, during which it is the only company that can legally market the medicine. The reason long safe-harbor is (a) so that the company can recoup it’s R&D losses and (b) so that it makes a profit, which is an incentive to it and to other companies to come up with new drugs.

I have no problem with a system that encourages innovation.  That’s smart and necessary, even in an ostensibly free market.  The problem comes about because of government interference at the drug development and testing level.

Even Lefties will occasionally concede that the hoops the FDA places between new drugs and the consumer market are ridiculous. The FDA went from being a useful, small government agency formed after a druggist poisoned a vast number of children by putting tasty anti-freeze in cough medicine, to becoming a huge barrier to innovation. It is in significant part the reason that R&D costs are so high, which is why drug companies need such a ridiculously extended period of proprietorial time in the marketplace to recoup their losses and start to show a profit. Add in plaintiff’s attorneys and the risk of ridiculous damages awards and you’ve got a system that inevitably drives drug prices up and keeps them up.

Here’s another example of the structural problems in our existing health care system, and it’s again not a problem that Obamacare addresses.  Instead, Obamacare compounds it.  As I’ve mentioned before, in the years leading up to Obamacare, a reliable authority told me that medical care providers operating in California were subject to more than 1,000 different regulations, both state and federal. That’s a stultifying number that makes it impossible to practice medicine (you’re too busy with forms and fears) and grossly drives up the cost of insurance. That’s why policies in California were three times as expensive as those in Texas, a state in which government has had a lighter hand. Had the government backed off, or had insurance companies been able to complete across state lines, I guarantee you that the cost of insurance would have dropped significantly in California.

The response to soaring insurance and medical costs, always, has been to decrease burdensome government regulation (not do away with the handful of reasonable ones, but to get rid of the useless, often crony-esque bureaucratic junk) and to increase market competition. Instead, Obamacare is a gimme to the insurance companies and a deep, greedy hand in middle-class pocketbooks. It is everything that will make the system less functional, not more.

At least, that’s my point of view. My Obamacare friend, having watched that New York Times video had only one conclusion: We need to throw more money at the problem. We should have free medical care for all really sick people. At this point, I was too exhausted to ask him who was going to pay for this “free” care. I really didn’t want to hear his answer

Margaret Thatcher had it right, of course: “Socialist governments traditionally do make a financial mess. They always run out of other people’s money.”