A pleasantly busy afternoon enlivened by the fact that I cut my finger while cooking — quite a small cut — and then bled for the next hour. I finally got the bleeding to stop by using a trick the dentist taught me when my children had teeth pulled: Steep a tea bag for a minute or two until the leaves are wet, and then plunk it down on whatever small wound is bleeding. The tannin stops the blood flow. It’s really quite amazing. And on that sanguinary note, here are this week’s Watcher’s Council nominations: 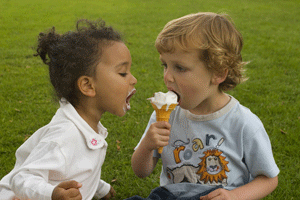 Tom White of VA Right and Fausta of Fausta’s Blog were picked as two of Newsmax’s Top 50 conservative blogs and just check out these write ups:

24. Fausta’s Blog – If you want to keep track of what matters to lovers of liberty in Latin America, it’s Puerto Rican-born Fausta Wertz’s cornucopia of political, economic, and foreign policy information and commentary about south of the border, with a dose of New Jersey state current events thrown in (she has lived in Princeton forever). No surprise hers was the go-to site when President Obama announced plans to normalize relations with Communist Cuba — “No, Cuba is not China. No, you can’t have free markets without free peoples” — but she is also the handiest source for the latest on Colombia’s FARC guerillas or disguised Chinese backing of a proposed Nicaraguan canal.

Hearty Congrats to both of ’em..Council Akbar!!

This week, The Pirate’s Cove, Gates Of Vienna, Blazing Cat Fur and The Daily Caller earned honorable mention status with some great articles.