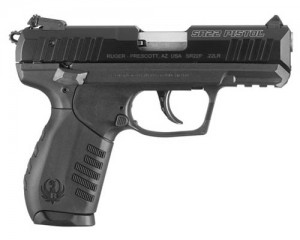 Over the past twenty years or so, I’ve decided that some of the nicest people you’ll ever find hang out in two places:  martial arts dojos and shooting ranges.  That’s not what one would expect in places that train people in the art of defensive mayhem, but the reality is that in both dojos and shooting ranges, you’ll find people who adore what they do, who are very knowledgeable about it, and who love sharing their knowledge and helping out.

This is especially true at shooting ranges, as was proven to me again today.  I wonder whether this has something to do with the fact that, at least in the blue, blue Bay Area, people at shooting ranges are beleaguered in the general community.  At the shooting range, they can be themselves and share their pleasure with others.  Or it could be that people who believe in the Second Amendment are just seriously nice.

This morning I met two of my readers, as well as their charming, poised son, at Bullseye, the local shooting range in San Rafael.  Out of respect for their privacy — because, as I said, gun owners are not incredibly popular here in Marin — I’ll call my readers Amy and Henry.

Before today, I hadn’t met Amy or Henry.  Instead, all of our contact had been via email.  Some months ago, during our email exchanges, Amy had asked me if I would like to join them at Bullseye, adding that she and Henry have a nice collection of guns that I was welcome to try.  You’d think that I’d jump at that invitation, wouldn’t you?  Actually, I didn’t.  I got nervous.  That’s because I read too much.

, in which she describes an upper middle class British upbringing during the last gasp of the Victorian era, shading into the Edwardian era. I distinctly remember that, when Christie was invited to a house party where there would be riding, her parents told her that she was absolutely forbidden to borrow a horse. They weren’t afraid that she would get injured; they were afraid that, because she was an inexperienced rider, the horse would get injured, something that would be a terrible social faux pas.

Amy’s and Henry’s invitation to me was for guns, not horses, but the core issue was the same: I’m an inexperienced shooter, having had the pleasure before today of going shooting only about five times. I wasn’t worried that I would hurt myself, but I was terribly worried that I’d do something insanely stupid when loading a magazine or racking the ammunition, and ruin their guns. So I said no to the invitation.

Fortunately, when I had lunch recently with my lovely friend Michael Phillips, I learned that he knows Amy and Henry, and often goes shooting with them. He assured me that borrowing a gun is not the same as borrowing a horse, and that it would be perfectly appropriate for me to accept their offer to go shooting. He then contacted Amy who very nicely re-extended her original invitation, and this time I said yes. I’m very glad I did.

As is invariably the case when I meet in person people I’ve gotten to know through my blog, I really liked Amy and Henry (and their son too). They are delightful people: friendly, intelligent, and very kind. They are also serious gun enthusiasts and had an awesome collection. Thanks to their astounding generosity, I had the opportunity to compare a variety of guns, one after the other.

What I discovered is that rifles aren’t my thing because, at least until I get my glasses squared away, I can’t see the target. Derringers are cute, but I kept feeling as if I should be on a Mississippi river boat, whipping out my derringer only after saying, “Suh! Ah you calling me a cheat-ah at cahds? I demand satisfaction.” The derringer also felt scarily like a toy, and I think it’s healthy to be reminded with every shot that a gun is not a toy.

The guns I really liked were two .22 caliber Ruger pistols. I wish I could tell you the model numbers . . . but I can’t. All that I can say is that they fit in my hands as if they belonged there; that loading the magazines didn’t exhaust my thumbs; that shooting them was comfortable, without feeling too much like a toy; and that I was able to center myself on the target after a couple of test shots. One day, when I buy my own gun, I will put Ruger at the top of my list.

I know that, when the Founders enacted the Second Amendment, they weren’t thinking of a pleasant hour spent with friends trying out different guns at a gun range.  Instead, they were thinking about each individual’s right to protect himself against dangers in his world, everything from a burglar, to a rapist, to hunger, to a tyrannical government.  But it’s lovely that, under that big umbrella of self-defense and survival, one can also find such simple pleasures as congenial time spent at target practice.