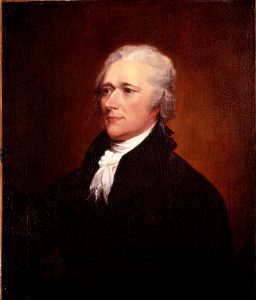 Wolf Howling, who has taken a break from his own blog, wrote me an email and acceded to my request to publish it here:

We live in a world where the only things holding back American blacks are progressives and their own complicity with the progressive clarion call of oppression. It is amazing to think today that our nation began with a President who was a slave owner and we now have a President whose ancestors may well have been slave sellers in Africa. At least his wife hails from ancestors who were slaves in this country.

It is equally gratifying to see scholarships bearing the name of Cecil Rhodes, a virulent racist, going to objectively deserving minorities. The world has changed.

For the progressive Left, though, these positive changes mean that they need to hold even harder onto the ancient sins and try to direct all attention to those sins, not the modern world. As we come ever closer to the point that the melting pot should be the norm, the Left is working overtime to balkanize our society in every way possible, including race, sexuality (I am convinced the word “cis” is employed to denormalize heterosexuality and put it on the same plane with all other deviancies) and gender.

At any rate, let’s turn attention to the play Hamilton, written by a black man and, for the most part, starring blacks in most of the roles. Hamilton’s story — and the story of our young nation — are told in rap. Slavery plays almost no role in the play — although, one would think that the fact that the play is a hit and that blacks play all the leads comes with its own message. To the extent there is such a message, it is not a message the progressive Left wants to hear.

For the modern-day progressive left, American history begins with, ends with, and is wholly defined by African slavery. Nothing good comes out of our Founding, so that the Constitution and all else are merely “white man’s” documents that confer no benefit to blacks. That view justifies the many progressives who criticize Hamilton the man for not being staunchly anti-slavery and Hamilton the play for not making this its central theme.

John McWhorter at the Daily Beast, himself black, is critical of these progressives, most of whom are African-American grievance studies professors, for attacking the play’s failure to be “slavery centric” and generally for dismissing Hamilton the man:

That most of the cast of Hamilton is black would seem to compensate for, or even constitute a kind of dialogue with, these omissions. But Harvard history and law professor Annette Gordon-Reed wants to turn our gaze from even that, asking whether we would find these omissions tolerable if the cast were white. She assumes that if we saw Hamilton and Co. played as usual, by whites then the virtual absence of slaves from the story would be more evident. Whites are contesting too: CUNY historian David Waldstreicher worries that the show trucks in a kind of “Founders Chic,” in which people like Hamilton’s images are burnished to seem “cool” to us moderns, with one of his central complaints being the slavery issue.

These people are claiming that Lin-Manuel Miranda—a man of color himself—screwed up. The charge is unfair and inept, and it’s time for some contestation of the whole school of thought that produces criticism of this kind.

For one, critiquing Hamilton as underplaying slavery implies that racist injustice must be, in any substantial artistic depiction of American history, front and center. Certainly, the near neglect of such issues among, for example, historians of another time, was indefensible. But at this point, that kind of historiography is now quite removed from us, and no one could claim that the role of slavery in Colonial American life is being kept under wraps. However, today’s contesters insist on the opposite extreme from the old days—that we are not to even think of Alexander Hamilton without genuflectively musing over—and likely disapproving of—what his relationship was to black people in bondage.

But for all of the searing injustice that black people underwent in Hamilton’s time, in the end black people were but one facet in lives lived as richly as ours, in a society as multifaceted and complex as ours. What is the argument that nevertheless, to our each and every conception of the Founders, race issues must cleave as reflexively as we memorize a French noun with its gendered definite article? . . .

McWhorter’s article is worth reading in its entirety. What McWhorter hits upon, but does not state explicitly, is that, besides such a focus leading to ignorance about important points in American history, the fact is that racism is sufficiently absent from this country that this type of focus distorts modern reality. Grievance studies professors can only exist for so long as there are grievances. Without modern grievances, than the historical must be made permanent.

Hamilton, had been raised in the Caribbean, which treated slaves with an extraordinary cruelty unseen in any other Western slave-owning societies of the time. His youthful experiences left him with a deep distaste for slavery, putting him squarely in the abolitionist camp during the Revolutionary war. Nevertheless, Hamilton was also a pragmatist, who believed that the primary task was to win independence, and only then to turn attention to enabling blacks in America to enjoy that independence.

Here is a bit of an essay written by someone who wants desperately to disagree that Hamilton was an abolitionist, but who must nevertheless admit that his actions were consistent with a desire to end slavery:

. . . . Hamilton wanted to be part of the upper class and his relationship with the Schuyler family and with George Washington made his wish possible; it was more important to Hamilton to cultivate these relationships than to make a stand against slavery. To be fair, it should be noted that if Hamilton had adamantly opposed slavery enough to refuse aiding the purchase of slaves or the return of slaves, he would not have been able to maintain such influential friendships; consequently, his stand on slavery would have had little impact on the abolition of slavery.

Scholars often point to Hamilton’s support of John Laurens’ plan to enlist blacks into the army as proof of his egalitarian views, which they claim supports the idea of Hamilton as an ardent support of abolition. Hamilton supported giving slaves their freedom if they joined the Continental Army because he believed it was in the best interest of America, not because he wanted to free slaves. When Laurens devised a plan in 1779 to admit blacks into the army, South Carolina was in dire need of soldiers to fight in the Continental Army. Although many leaders, including George Washington, worried about allowing blacks into the army, Hamilton backed Laurens’ plan. Hamilton wrote to John Jay, then president of the Continental Congress, to explain the merits of the plan. He argued that he saw no other way of raising soldiers without admitting blacks. Hamilton realized that many people, especially Southerners, would disagree with the plan because they would not want to “part with property of so valuable a kind”[9] Hamilton countered critics of the plan by claiming that the British would devise a similar plan and then the slaveholders would lose their property in slaves without any benefit. When left with such choices, Hamilton believed the slaveholders would naturally send their slaves to fight for the American cause. Hamilton argued that the only way to keep black soldiers loyal was to grant them their “freedom with their muskets.”[10] The argument that Hamilton’s support of Laurens’ plan shows he was an advocate for the liberty of blacks ignores Hamilton’s motivation for doing so. He wanted America to win the war and admitting blacks into the army seemed the best option at the time.

In his discussion of Laurens’ plan, Ron Chernow maintains that Laurens and Hamilton “were both unwavering abolitionists who saw emancipation of slaves as an inseparable part of the struggle for freedomÖ”[11] While their call to arm blacks may imply that they saw blacks as equal and wished all to be free, there is evidence to the contrary. According to John Laurens’ father, John would never force someone else to manumit his slaves because he believed too much in property rights.[12] Hamilton has been accused of owning slaves, by scholars and his grandson, which suggests that any beliefs he has on the quality and natural rights of blacks did not always translate into action. It is possible that Hamilton did not own slaves but, even so, his involvement in slave transactions suggests a more ambiguous picture of Hamilton than the “unwavering abolitionist.” Hamilton was motivated by practical terms more so than any ideology that espoused the equality of the races. That is not to say that Hamilton viewed the races as innately unequal, but that it did not dictate Hamilton’s positions on policy. Hamilton, like Laurens, wanted to allow blacks into the army because they thought it was the only practical solution to the army’s problems.

Hamilton’s membership in the Society for the Promotion of the Manumission of Slaves in New York has led historians to believe Hamilton was an abolitionist. Richard Brookhiser, Hamilton biographer and main curator of an exhibit on Alexander Hamilton at the New York Historical Society, maintains that Hamilton was an abolitionist. Brookhiser mentions that Hamilton was a founding member of the Society. He then asserts, “The society did successfully push to make slavery illegal in New York — a considerable achievement in a state where slavery was a real presence.” He fails to cite evidence of the Society’s impact on New York laws. Furthermore, he does not show any direct involvement of Hamilton in the quest for New York anti-slavery laws.[13] The Society’s records lack substantial information about Hamilton suggesting that he did not play a dominant role in the society.[14] New York enacted legislation providing for the gradual emancipation of slaves in 1799, but did not abolish slavery until 1827, more than twenty years after Hamilton was killed in a duel. . . .

Whenever someone’s writing is that convoluted, it’s a pretty good sign that the evidence is not taking them where they want to go. Hamilton the man opposed slavery. Hamilton the nation builder recognized that slavery could not be addressed until the nation came into being. And Hamilton the politician sadly died too young to put his anti-slave beliefs into practice. So go forth and enjoy Hamilton the play without guilt.