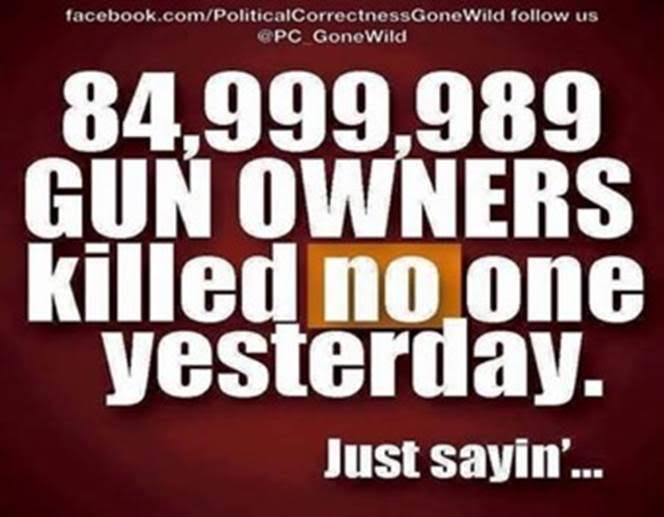 The stabbing jihad at the Crossroads mall in St. Cloud, Minnesota, ended with no civilian deaths and only nine wounded because, entirely providentially, Jason Falconer, a firearms expert and certified NRA firearms instructor, was on the scene to take out Dahir Adnan. Adnan, in the course of a few minutes, had already stabbed nine people. Thankfully for the people at Crossroads shopping center, Minnesota allows concealed carry and the mall made a minimal effort to enforce its “gun free zone” status.

Israel’s experience in the last year shows that, in a fight between a gun and a knife, the gun prevails. In Israel, during the ongoing stabbing intifada, most of the terrorists have been quickly killed or disabled by gun shots from armed civilians, police, or members of the military. Israeli civilians weren’t always armed, although mandatory military training has meant they all know how to handle weapons. Israel, however, long ago realized that jihad takes seconds, but official responses can take a lot longer. It therefore substantially loosened its formerly strict gun control laws.

That moment of American-grown DIY jihad — and the way it illustrated the fact that guns can save more lives than they take — brings into sharp focus the issue of Second Amendment rights in America under either Hillary or Trump. Even before the stabbing jihad happened, Trump had already reminded Americans that, while Hillary wants your guns, she believes her life is more precious than yours and therefore is deserving of armed protection:

Now you know she’s very much against the Second Amendment. She wants to destroy your Second Amendment. Guns, guns, guns, right? I think what we should do is she goes around with armed bodyguards like you have never seen before. I think that her bodyguards should drop all weapons. They should disarm. Right? Right? I think they should disarm. Immediately. What do you think? Yes? Yeah, yeah. Take their guns away. She doesn’t want guns. Let’s see what happens to her. Take their guns away, okay? It would be very dangerous.

The media immediate tried to claim that Trump is inciting Hillary’s assassination, but people with half a brain (i.e., not Leftists) understand perfectly well that Trump was making a hypothetical point to highlight Hillary’s hypocrisy. Her worldview is “guns for me, but not for thee.”

On the heels of Trump’s speech and the Crossroads jihad, the NRA has released a short, powerful ad that graphically shows a world in which Hillary has “armed bodyguards like you have never seen before,” while the rest of us — you, your family members, your friends — are disarmed, sitting ducks:

People living in Chicago know exactly what that woman feels like. The Democrat regime in Chicago has disarmed the law-abiding, leaving guns in the hands of feral young men who have no compassion, no empathy, and no conscience. We are one Supreme Court justice away from turning America into the United States of Chicago — and the next president gets to nominate that one justice. Hillary will nominate the justice who believes you are undeserving of a tool that allows you to defend yourself and others. And of course, if Hillary wins, it won’t just be guns that make us the United States of Chicago. It will also be government corruption, economic despair, high crime, and a whole bunch of other social and economic ills endemic to areas under total Democrat control.

I could go on and on and on, but I’ll spare you that. If you’re interested in my thoughts on the Second Amendment (and they are, if I do say so myself, decently explored and explained thoughts), let me recommend my ebook, Our Second Amendment Rights In Ten Essays

, which can be yours for only 99 cents. I estimate that it will take between 1 to 2 hours to read, which isn’t a bad money-to-time ratio.

If you are constantly on the lookout for up-to-date, thoughtful material on current issues, check out WOW! Magazine, the new collaborative website with posts from members of the Watcher’s Council and their friends.