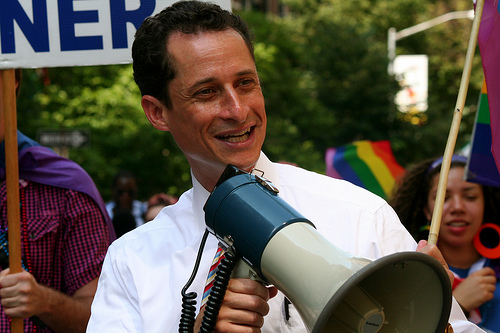 Pedophiles do not fare well in prison, something Weiner — who gave the name #Dickileaks to this most recent Clinton scandal — knows well. Indeed, anonymous rumors (so take them for what they’re worth) are that Weiner knows so well his fate should he go to prison that he’s singing like a bird and has quite a song to sing:

FBI Source: Weiner singing like a bird for a deal; he knows what happens to pedophiles in prison

Law enforcement sources tell me the emails are highly damaging to Clinton, and FBI was going to have a coup if Comey didn’t go public.

It’s too bad so many Americans have cast their votes early. In a wild election cycle, that’s always a mistake.