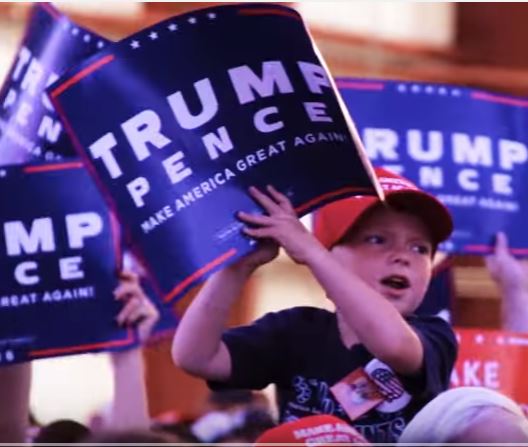 This is Donald Trump’s final campaign for before Tuesday’s election. Watch it first and then think about the unusually high praise that Scott Adams heaps upon it:

Before I get to Adams, though, please take a look at the message I got from YouTube when I got the code so that I could share the video with you:

Yeah — they wish. Your job is the share this video far and wide.

Back to Adams. Here’s part of what he said. You have to go here for the rest (and you should probably share Adams’ take too, along with the video itself, if you don’t want Hillary to win):

I had been wondering if Trump was planning some sort of special closing argument. He did not disappoint. In my opinion, his final ad is the political ad of the year, if not the best ever.

Here’s what makes this ad so special:

1. Trump delivers his lines perfectly, like an experienced actor. We haven’t heard him like this before. You probably didn’t think he had this in him. He stays calm and assured, but not cocky. That is an effective counter-framing to Clinton’s framing of Trump as an unpredictable madman. Here Trump comes off as perfectly reasonable and deeply empathetic.

2. The timing is perfect. This race went so low that even the trolls were starting to gasp for oxygen. Trump made us wait for relief – Hollywood style. He made us crave civility and sanity. And just when we thought it was out of reach, he goes ultra-positive.