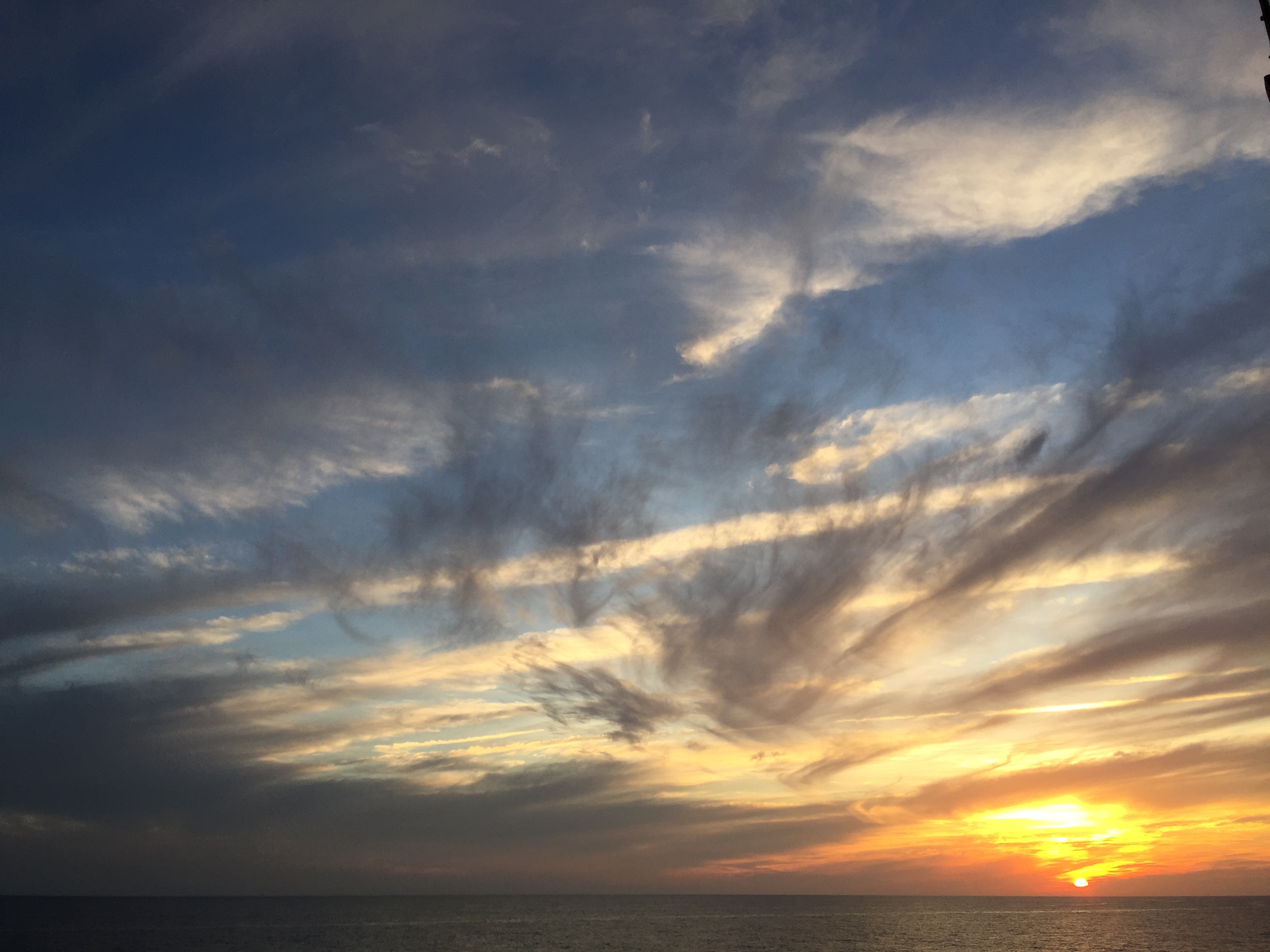 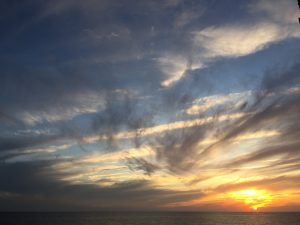 Because I took notes this time around, my first stab at this post was to more or less transcribe the seminars. I quickly realized, though, that doing so would take me way too long and be incredibly boring. Some things are just better heard than read. What I’ll do instead is highlight points that particularly struck me, along with my own comments.

The cast of characters for this particular panel were Jay Nordlinger, who moderated, Kevin Williamson, Deroy Murdock, Brian Anderson, and John Podhoretz.

The discussion started with Trump’s grim view of America’s well-being and how this view resonated with Americans so strongly that it pushed him into the White House. (And yes, that’s a general, not urban topic, but it was really the issue that dominated the hour.)

Most of the panelists were agreed that America has suffered. While she still looks good compared to the rest of the world, she’s not her same old self and those with memories of better days are worried and unhappy.

I found myself agreeing with those panelists who supported or, at least, were resigned to a Trump presidency. Deroy Murdock was the one who best stated my views on the matter, so the next few paragraphs sum up what he said.

Murdock started by saying that generations of democratic socialism (thereby including Republican presidents in the blame) have sent America on the skids. Things got much worse in the past eight years because Obama took care of his supporters in the tech industry, in the banking industry, and in the unions, while abandoning the rest of america.

Another problem that Murdock identified is the micromanaging that Obama brought to the political fore. In the last eight years, the government has worked overtime to tell us precisely what we must do and how we must do it. Murdock’s example was Obamacare, which went far beyond telling Americans that they must buy health insurance. In addition to that bit of bossiness, it also described precisely what the insurance must look like, including mandating gynecological insurance for old men. The analogy in my mind, of course, is to the EU, the all-time micromanager, which Brexit threw out of England (or, depending what the politicians do, Brexit is trying to throw out of England.)

According to Murdock, the worst thing Obama did (or at least the thing that is most emblematic of his anti-poor person mindset) was to work with the unions to destroy school vouchers in DC. Although DC was spending more than any other public school district in America, its schools were the 51st ranked schools in America. Then, having destroyed the hopes of “poor little black children,” as Murdock said, Obama sent his own children to the posh, private Sidwell friends school.

Nordlinger and Kevin Williamson reminded the audience that Boehner and the Republicans restored that funding, as they do every year when Obama strikes out the voucher funding. That’s something Boehner and his team ought to have gotten more credit for (and I do wonder if the black families benefitting from this Republican act even knew that they were doing it).

Another problem that Brian Anderson identified is the way in which DC has enriched itself at America’s expense. DC under Obama has the highest median income in America, yet it doesn’t create anything. Instead, its job is to take working people’s money and redistribute it, always keeping a cut for itself. That makes it recession proof and arrogant.

Clinton was too close to this arrogant, elitist, grabby wealth, and that caused Americans to turn against her. The reality is that huge swaths of the country, especially the manufacturing areas, are declining fast. Trump tapped into real anxiety and suffering in these communities.

A further problem is that those sectors doing well — tech, Wall Street, and government — are arrogant and dismissive, especially the tech community. There is no sense of noblesse oblige amongst them, except in the crudest sense of demanding that the middle classes transfer its wealth to those classes that the self-styled elite so deride.

Anderson also pointed out a problem that’s coming down the pike, which is that the tech industry is working hard on rendering ordinary jobs obsolete. Some industry insiders project that in a few years 50% of working Americans will have been pushed out by machines. (Just think of the way in which fast food places, when facing rising minimum wages, install robots.)

Manufacturing and tech can work together, of course, as Texas proves. The government’s get-out-of-the-way pro-business environment created a strongly growing economy that benefitted everyone. Williamson added here that cheap housing helps in Texas.

Williamson made an interesting points, which is our weird nostalgia for the 1950s. Our success then was made possible, not just because we were a free nation, but also because, in the ruins left by WWII, we were the last nation standing. What Williamson didn’t mention is that, even in the successful, economically and socially mobile 1950s there were problems. As I remember, there were at least two, perhaps three, recessions, although they quickly ended. Our memories of the 1950s have left us with unrealistic and immature expectations about American life and public policy.

Another point Williamson made is that people are bound to be disappointed by whatever outcomes Trump achieves, because what’s being promised isn’t deliverable. After all, we’ve all learned that the best that government can do is to stand out of the way, not to manage things. People’s ignorance also means that they will be left hanging. For example, while they may hate NAFTA and trade deals, most people don’t know what’s in them. (Of course, if Trump does get out of the way, and the economy thrives, he will have made good on his campaign promises.)

One of the interesting ideas that Podhoretz raised and the others built upon is the fact that government, especially urban government, has abandoned its traditional policies in favor of society building. A good city government has basic, but difficult responsibilities: collecting garbage (which I think is one of the hallmark of civilized man, along with providing fresh water and sewage facilities); keeping streets in good shape; supporting emergency services; and generally managing a complex infrastructure at the most basic levels.

Unfortunately, beginning in the 1960s, urban governments began to move those responsibilities to the back of the line and take it upon themselves to engage in social engineering. Williamson reminded us that Johnson’s “Great Society” had a Progressive plan to engineer the perfect city as a model for all. The city chosen for this great experiment was . . . Detroit.

There was a great deal of talk about the GDP, which has languished at no more than 3% under Obama. The #NeverTrumpers think the spectacular growth under Reagan was anomalous, pointing out that real per capita GDP growth since the 1800s has been 2%.

The pro-Trumpers argued (and I agree), that Trump’s promise to cut old regulation, create a moratorium on new regulation, decrease to 15% the 35% corporate tax rate (the highest in the first world), and to do away with the estate tax, among other things, will get the economy booming just as surely as happened under Reagan. In other words, get government out of the way so that people can create real wealth.

Another topic was the rising crime rate across urban America. All of the panelists were agreed that Obama’s anti-policing policies have led to a staggering increase in crime. (It doubled in Chicago since Ferguson.) They pointed out, as you and I know, that the criminals are predominantly black — and that their victims are predominantly black.

Indeed, what’s interesting about this new crime spree is that the criminals prey almost exclusively on their own kind. Back in the bad years in New York, no one was safe. Now, the elite neighborhoods are entirely insulated from both violent and non-violent crimes. A perfect example of this situation is the way in which the BLM protesters trashed their own neighborhoods.

A point on which all the panelists also agreed is that crime affects the economy. A safe city and one with good educational opportunity provides room for maneuver for both entrepreneurs and workers.

Another problem in urban areas is overregulation when it comes to housing stock. As cities become hip, rich people move into poor neighborhoods, gentrify them, and leave nowhere for the poor to go. Outside of Texas, most cities make it impossible to build new housing stock. This too destroys the cities because workers can no longer afford to live in them.

Murdock also made an excellent point, one with which we at the Bookworm Room agree, which is that a porous border is a welcome mat for jihadists. Border enforcement routinely catches people from jihad nations sneaking across the border, and there’s no way for us to know how many slip through.

Sanctuary cities, which Trump has promised to cut from government funding, don’t help. They endanger all Americans and put economic pressure on the bottom sector of legal Americans and green-card holders living in those same cities.

One of the points the panel made was something that Charles Murray first noticed, which is that we’ve seen a weird inversion of American values. In the past, cities were dens of inequity while the rural areas were the places of rock-ribbed values.

Now, as I’ve pointed out endlessly, America’s urban elites live very old-fashioned lives. They get educated, get jobs, get married, have children, and stay married — acts that are an almost foolproof recipe for economic success. Meanwhile, in rural America, those values are vanishing, as people drop out of school, can’t find (or don’t bother looking for) jobs, take drugs (especially opioids), and have children out of wedlock.

Following this last discussion, Williamson instantly quipped “Who would have guessed the opium would be religion of the masses?” That is a very smart mind at work.

When my energy returns (typing on a little keyboard the connects with bluetooth to an iPad is tiring), I’ll give you a quick rundown of the “rural America” panel discussion.