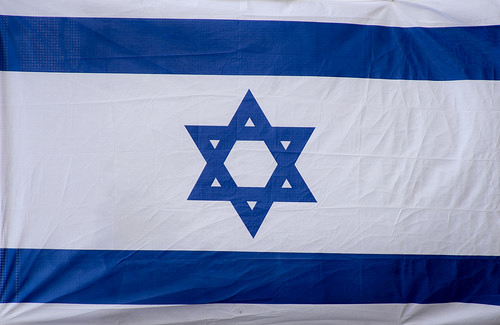 I have said since 2007 or 2008 that Obama is an antisemite and that his dream is to do away with Israel and pass the land to the Muslims. Israel’s supporters have feared for years that he would use his lame duck period to attack Israel. And he has, to Netanyahu’s fully expressed anger and horror:

Prime Minister Benjamin Netanyahu lashed out at US President Barack Obama Friday, accusing him of actively working against Israel at the UN — seemingly abandoning all pretense of diplomatic cautiousness after a US abstention at the Security Council led to the passage of a resolution against settlements.

“Israel categorically rejects the despicable anti-Israeli resolution at the UN, and will not adhere to it,” the Prime Minister’s Office said in a seething statement after the council voted in favor of the motion 14-0.

“While the Security Council does nothing to prevent the massacre of half a million people in Syria, it is shamefully singling out Israel — the only democracy in the Middle East,” the PMO said.

“The Obama administration not only failed to defend Israel from this harassment at the UN, it cooperated with it behind the scenes.”

In a barely-veiled final repudiation of the administration with which Netanyahu has clashed so often, his office said Israel was “looking forward to working with President-elect [Donald] Trump and with out friends in Congress, both Republicans and Democrats, to undo the damage of this absurd resolution.”

In terms of a response, a good start for the U.S. would be to defund the UN and to break off relationships with those countries that voted for it.

And now ask yourself if there has ever before been an American president who used his last month in the White House to punish enemies and to try to make it impossible for the new President to govern? I can’t think of anyone who passed hundreds of regulations, who tried to place a permanent embargo on economic activity (in this case, oil drilling), and who led the UN from behind to try to destroy one of America’s staunchest allies and expose that country’s citizens to mass genocide.

I don’t think Obama’s a religious man and that’s kind of a shame. He really needs to start preparing himself for that walk to Hell when the Grim Reaper finally calls his name.