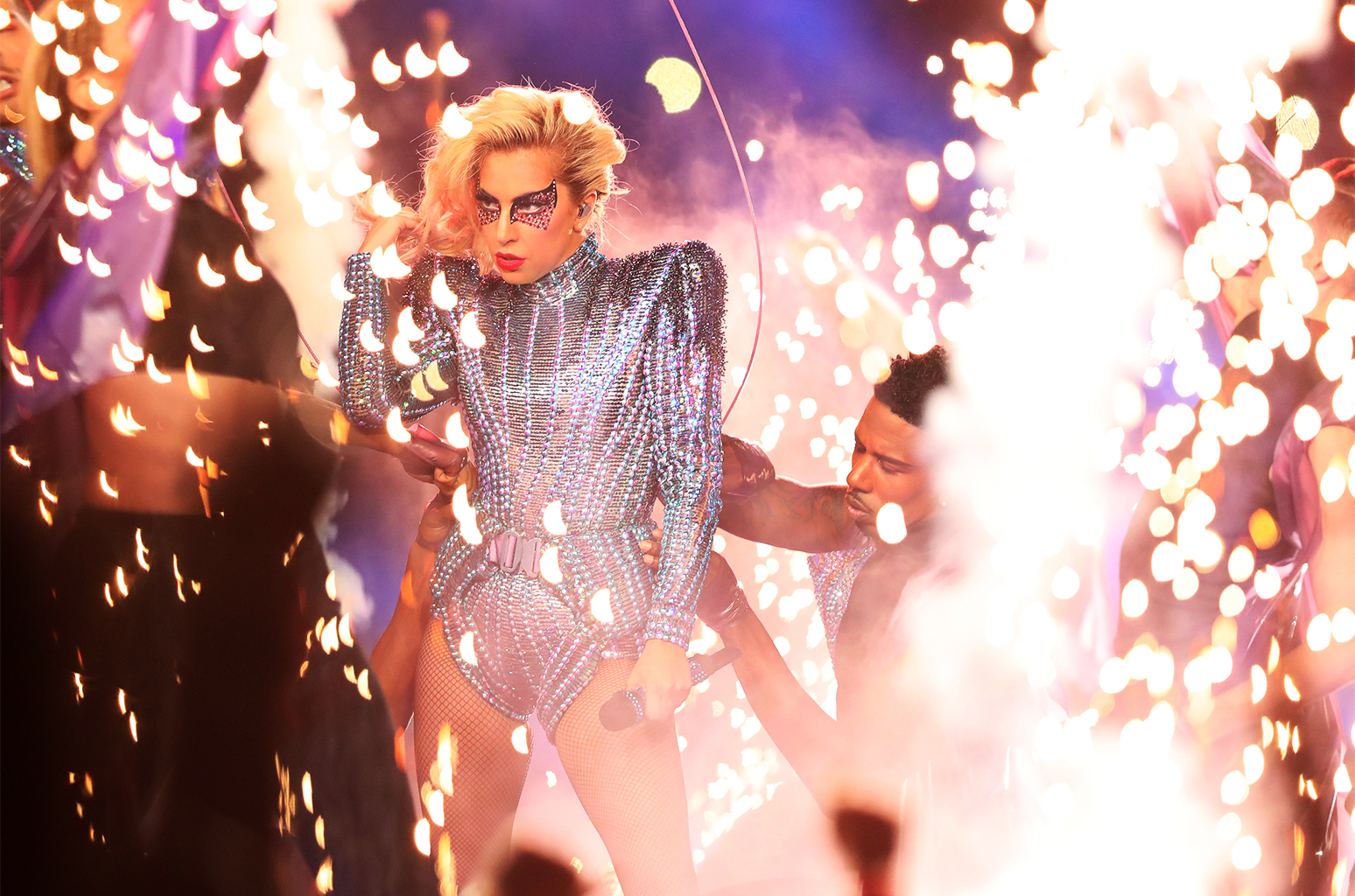 Hard Left Teen Vogue instantly caught on to something too many conservatives missed, which is that Lady Gaga’s Super Bowl half-time show was anything but non-political. Before I get to Teen Vogue’s completely correct argument, I need to fill you in on a couple of background facts, so please bear with me here.

The first thing is that you need to know a little about Teen Vogue. It’s not a magazine I would normally read, as I am neither a teenager nor interested in fashion, with fashion, once upon a time, having been Vogue’s purview.

Teen Vogue came into my home as a freebie when one of the Little Bookworm’s ordered clothes from an online purveyor. I am incredibly grateful that my Little Bookworm was not interested in the publication because, once I sat down and really looked at it, I discovered that it’s a hardcore, hard-Left publication that aims to turn America’s teen girls into fully indoctrinated Social Justice Warriors.

And no, I’m not exaggerating. Last year, with a pile of exemplars stacked on my desk, I worked my way through one of the volumes, blogging as I went. The magazine, edited by an out-there gay social justice warrior, had little to do with fashion and everything to do with advancing the narrative that everyone who’s not a minority is racist, that any man who looks at you funny is probably a sexual predator, that gender is a social construct, and that intersectionality is a necessary remedy for victims of all that is bad in America, so that they can work together to overthrow an irreparably biased system.

Put another way, the fashion magazines you remember from your younger days, such as this one: And the young adult magazines that you might remember, such as this one: Well, these magazines no longer exist. Instead, at least with Teen Vogue, your daughters and granddaughters get a magazine like this (and be sure to look at the articles touted on the covers): Again, Teen Vogue is first about selling a Progressive mindset and only second (a distant second) about fashion.

My second point is that, after watching the Super Bowl, conservatives breathed a sigh of relief that “Lady Gaga didn’t go political.” Indeed, with her rendition of America the Beautiful, said many conservatives, she went patriotic. I cried bull hockey on that.

One of the people who claimed Lady Gaga kept things apolitical was Scott Adams, who put up a post saying that she did a fantastic job of persuading Middle America and conservatives that she’s just an ordinary gal. I was actually moved to comment, noting that the moment Gaga followed a short burst of America the Beautiful with Woodie Guthrie’s This Land Is Your Land, she was making a hard left political statement. Not long after I posted that, Adams removed the post, which is no longer available at his site (a site, by the way, that I consider a must-see, at least once a day).  I have no idea why Adams pulled the post and won’t speculate.

In any event, I was not alone in my observation that Gaga was going Left-Left. The others who noted were Lefties. One of the first to catch on was Teen Vogue, which accurately and confidently assured its stalwart readers that Lady Gaga was pulling the wool over Middle America’s eyes:

Clearly, many people watching didn’t realize that the song “Born This Way” is designed for the LGBTQ community. If you’ve been to a Pride March in the past four years, you’d know a thing or two about dancing to “Born This Way” while you’re surrounded by a ton of glitter, bare skin, and glorious, rainbow solidarity. Let’s just be clear here, though: Performing a song that’s so blatantly gay in front of an audience that includes Mike Pence, one of the most anti-LGBTQ politicians today, is absolutely political — especially when it contains lyrics like “No matter gay, straight, or bi, lesbian, transgender life.” (PS: According to USA Today, that’d “likely” be the first time the word “transgender” was said onstage at a Super Bowl.)

Furthermore, as our friends at The Hive pointed out, the Woody Guthrie song “This Land Is Your Land” is actually inherently activistic. Gaga omitted certain lyrics from the piece, which The Hive printed for your convenience. Here’s a sampling:

As I went walking I saw a sign there / And on the sign it said “No Trespassing.” / But on the other side it didn’t say nothing, / That side was made for you and me.

“This land was made for you and me,” she sang, in the same weekend where Donald Trump’s executive order — one that was designed to fulfill his campaign promise of banning Muslims from entering our country — was essentially (if temporarily) rendered moot by a judge in Washington state.

The Super Bowl is a massive display of capitalism, contracts, and fragile masculinity. We can only assume that Lady Gaga had to deal with these constraints as she planned her performance — especially following the accusations Beyoncé received last year for displaying Black Pride on a national stage. So in this case, rather than not show up at all, she allowed her art to be the activism. She played within the confines and outwitted them as best she could. It’s up to us to read between the lines.

Eventually, even the WaPo caught on.

So, here’s the deal: Everything that anyone from the Left does is political. Nothing is apolitical. Nothing is neutral. If things were neutral, advertisers would be shilling their product’s merits instead of selling immigration crap (Budweiser and 84 Lumber), Third Wave Feminism (Audi), or even patriotism (Hyundai).

Here’s where I am: I am sick of having the product and services marketplace perverted into an endless political forum. If I buy a shirt, I just want to buy a shirt. I don’t want to have Boredstrom telling all it’s customers that Donald Trump is evil . . . and then pulling Ivanka’s products.

No more Boredstrom for me. No more Target, which just had to insert itself in the bathroom controversy instead of leaving well enough alone. No more buying Budweiser for parties, because the damn company couldn’t focus on its product but had to lecture America about immigration.

I’m sticking to my stalwarts: Safeway, which keeps out of politics; Costco, which, despite its hard Left owner, keeps its politics off of the shop floor; Trader Joe’s, which doesn’t shill for a political party when I buy frozen pizza; WalMart, where the Waltons also have the sense to keep politics out of the store; even Amazon, where Jeff Bezos also has the sense to focus on products, not politics, and . . . well, that’s pretty much it. This is a capitalist country where the owners who sell a good product can do as they well with their profits.

So don’t be fooled — Lady Gaga is as bad as the rest of those Progressive virtue signalers; she’s just more subtle.