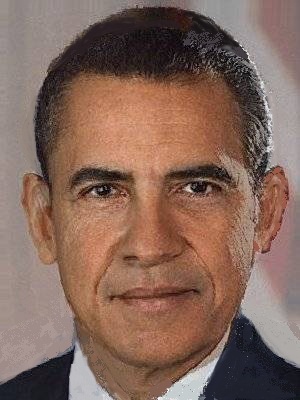 The evidence points to the Obama administration wiretapping Trump and the best denial Obama’s friends can make is that Obama, personally, did nothing wrong.

A few days ago, I blogged that, we were in completely new territory in America: Barack Obama, the outgoing president, had used his last few months in office to undermine Donald Trump, and duly elected incoming president and, since leaving the White House, has set himself up as a government-in-exile, and in opposition, using Fifth Columnists still within the government to destroy President Trump. I wound up by saying that Obama — the real Obama, not the media creation — needed to be exposed and discredited. And being singularly lacking in imagination myself, I asked how one might go about doing it.

Fate seems to have been hovering over my shoulder when I wrote that post, because Mark Levin may have taken the available evidence, put together the pieces, and revealed a political scandal that makes Richard Nixon’s Watergate look like child’s play — that scandal, after all, was undertaken using rogue elements loosely affiliated with government, while in this case, Obama and flunkies used the instruments of government to spy on an American political adversary:

Drawing on sources including the New York Times and the Washington Post, Levin described the case against Obama so far, based on what is already publicly known. The following is an expanded version of that case, including events that Levin did not mention specifically but are important to the overall timeline.

2. July: Russia joke. Wikileaks releases emails from the Democratic National Committee that show an effort to prevent Sen. Bernie Sanders (I-VT) from winning the presidential nomination. In a press conference, Donald Trump refers to Hillary Clinton’s own missing emails, joking: “Russia, if you’re listening, I hope you’re able to find the 30,000 e-mails that are missing.” That remark becomes the basis for accusations by Clinton and the media that Trump invited further hacking.

4. October: FISA request. The Obama administration submits a new, narrow request to the FISA court, now focused on a computer server in Trump Tower suspected of links to Russian banks. No evidence is found — but the wiretaps continue, ostensibly for national security reasons, Andrew McCarthy at National Review later notes. The Obama administration is now monitoring an opposing presidential campaign using the high-tech surveillance powers of the federal intelligence services.

5. January 2017: Buzzfeed/CNN dossier. Buzzfeed releases, and CNN reports, a supposed intelligence “dossier” compiled by a foreign former spy. It purports to show continuous contact between Russia and the Trump campaign, and says that the Russians have compromising information about Trump. None of the allegations can be verified and some are proven false. Several media outlets claim that they had been aware of the dossier for months and that it had been circulating in Washington.

6. January: Obama expands NSA sharing. As Michael Walsh later notes, and as the New York Times reports, the outgoing Obama administration “expanded the power of the National Security Agency to share globally intercepted personal communications with the government’s 16 other intelligence agencies before applying privacy protections.” The new powers, and reduced protections, could make it easier for intelligence on private citizens to be circulated improperly or leaked.

7. January: Times report. The New York Times reports, on the eve of Inauguration Day, that several agencies — the Federal Bureau of Investigation (FBI), the Central Intelligence Agency (CIA), the National Security Agency (NSA) and the Treasury Department are monitoring several associates of the Trump campaign suspected of Russian ties. Other news outlets also report the exisentence of “a multiagency working group to coordinate investigations across the government,” though it is unclear how they found out, since the investigations would have been secret and involved classified information.

8. February: Mike Flynn scandal. Reports emerge that the FBI intercepted a conversation in 2016 between future National Security Adviser Michael Flynn — then a private citizen — and Russian Ambassador Sergey Kislyak. The intercept supposedly was part of routine spying on the ambassador, not monitoring of the Trump campaign. The FBI transcripts reportedly show the two discussing Obama’s newly-imposed sanctions on Russia, though Flynn earlier denied discussing them. Sally Yates, whom Trump would later fire as acting Attorney General for insubordination, is involved in the investigation. In the end, Flynn resigns over having misled Vice President Mike Pence (perhaps inadvertently) about the content of the conversation.

9. February: Times claims extensive Russian contacts. The New York Times cites “four current and former American officials” in reporting that the Trump campaign had “repeated contacts with senior Russian intelligence officials. The Trump campaign denies the claims — and the Times admits that there is “no evidence” of coordination between the campaign and the Russians. The White House and some congressional Republicans begin to raise questions about illegal intelligence leaks.

10. March: the Washington Post targets Jeff Sessions. The Washington Postreports that Attorney General Jeff Sessions had contact twice with the Russian ambassador during the campaign — once at a Heritage Foundation event and once at a meeting in Sessions’s Senate office. The Post suggests that the two meetings contradict Sessions’s testimony at his confirmation hearings that he had no contacts with the Russians, though in context (not presented by the Post) it was clear he meant in his capacity as a campaign surrogate, and that he was responding to claims in the “dossier” of ongoing contacts. The New York Times, in covering the story, adds that the Obama White House “rushed to preserve” intelligence related to alleged Russian links with the Trump campaign. By “preserve” it really means “disseminate”: officials spread evidence throughout other government agencies “to leave a clear trail of intelligence for government investigators” and perhaps the media as well.

Faced with the above data, President Trump bypassed the media completely and went on a Twitter rampage:

Terrible! Just found out that Obama had my “wires tapped” in Trump Tower just before the victory. Nothing found. This is McCarthyism!

Is it legal for a sitting President to be “wire tapping” a race for president prior to an election? Turned down by court earlier. A NEW LOW!

I’d bet a good lawyer could make a great case out of the fact that President Obama was tapping my phones in October, just prior to Election!

How low has President Obama gone to tapp my phones during the very sacred election process. This is Nixon/Watergate. Bad (or sick) guy!

The legacy media, of course, has leaped to Obama’s defense:

“With no proof, Trump says Obama wiretapped him,” says CNN.

“Trump, Offering No Proof, Says Obama Tapped His Phones,” says the New York Times (utterly incurious about the explosive allegation and doing everything it can to carry water for Ben Rhodes’ denials. This would be the same Ben Rhodes who said reporters were stupid, ill-informed, and easily manipulated).

Even someone closely associated with the Obama White House noted that those are weasel words:

I’d be careful about reporting that Obama said there was no wiretapping. Statement just said that neither he nor the WH ordered it.

Obama, of course, has always been good at plausible deniability. After all, how many administration scandals did Obama claim to have known nothing about until they broke in the media? Obama was either a liar (which we know he was) or an incompetent man with no control whatsoever over the administrative offices he was elected to govern (a possibility, but a lesser one).

Conservatives need to play this wiretapping hard, with constant allusions to Watergate. If they let go of the narrative for even a second, the Democrat party’s media outlet — aka the MSM — will bury it. Once buried, there’s nothing to stop the continued Deep State/Media/Obama effort to destroy the current administration. And no, even though that sounds paranoid, the way the media is getting leaks every single day from within the government forces the conclusion that there are people within the American government colluding with the media to take down the Trump presidency. You don’t need a tinfoil hat to tune you in to what’s happening.

Trump needs to fire every single person who’s not one of his own hires, starting from the top and moving down to the lower ranks. He’s the president now and he gets to pick his employees. Deal with the inevitable union-driven lawsuits later. The first thing is to clean house.

And speaking of union-driven lawsuits, it’s time to revoke JFK’s executive order allowing federal government employees to unionize. Those who already have benefits from the unions get to keep them; everything else? It’s a bright new day.

If you’re going to drain the swamp, you need to act hard and fast. Otherwise the swamp with suck you dry and throw your body into the muck to rot.

And one more thing: I’d like to remind everyone that Wayne Allen Root articulated during the Romney campaign what I’ve long thought, which is the heart of taking Obama down lies in his records at Columbia:

Here’s my gut belief: Obama got a leg up by being admitted to both Occidental and Columbia as a foreign exchange student. He was raised as a young boy in Indonesia. But did his mother ever change him back to a U.S. citizen? When he returned to live with his grandparents in Hawaii or as he neared college-age preparing to apply to schools, did he ever change his citizenship back? I’m betting not.

If you could unseal Obama’s Columbia University records I believe you’d find that:

A) He rarely ever attended class.

B) His grades were not those typical of what we understand it takes to get into Harvard Law School.

C) He attended Columbia as a foreign exchange student.

D) He paid little for either undergraduate college or Harvard Law School because of foreign aid and scholarships given to a poor foreign students like this kid Barry Soetoro from Indonesia.

Even with new information on the table, the die-hards will never give up or give in. But a lot of ordinary people might resent having been conned for eight years, and they might also discredit anything that comes from the Obama camp in future.