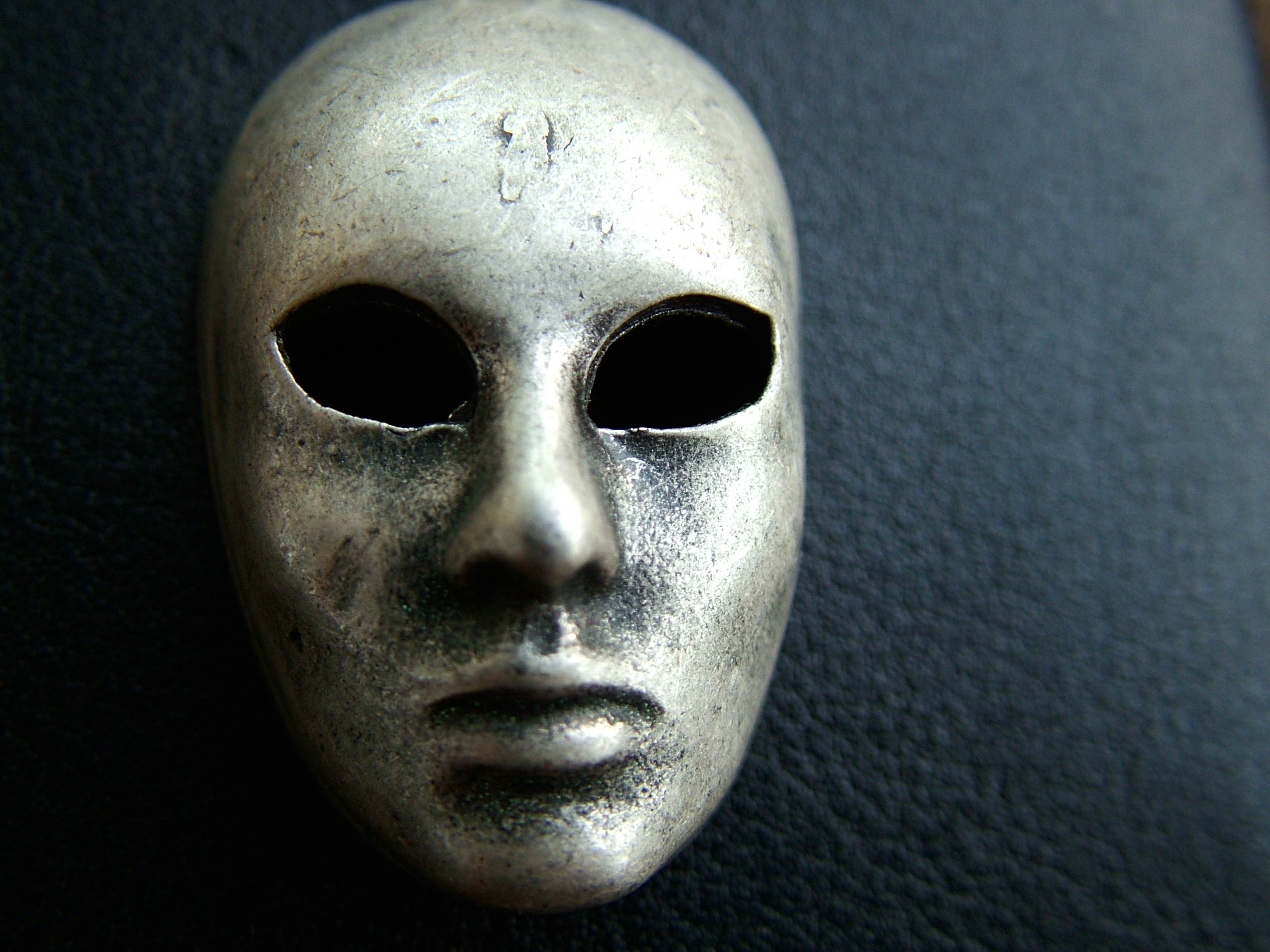 Today’s news could be called Sociopath News, thanks to scheming politicians and bureaucrats, scary athletes, sex-crazed illegal aliens, and more.

Officially, there’s no such thing as a “sociopath.” Sociopath is just lay person shorthand for someone with an antisocial personality disorder. So that we’re all on the same page here when I use the term sociopath, I’m relying on a definition I pulled off of WebMD:

Symptoms usually include antisocial behavior in which there is little concern for the rights of others such as indifference to the moral or legal standards of the region or community. Behavior patterns usually include excessive drinking, fighting and irresponsibility. A key to the disorder is long lasting, persistent, manipulative, exploitive actions and manners that determinedly ignore others.

There’s actually more to the definition, stuff about age of onset or proper diagnosis, but I’m skipping those parts. What I want to focus on in this round-up post are individuals or cultures that have “little concern for the rights of others,” are “indifferen[t] to the moral or legal standards of the region or community,” and who engage in “long lasting, persistent, manipulative, exploitive actions and manners that determinedly ignore others.” To the extent that don’t care about morals, their own physical or mental needs define the boundaries of their thoughts and conduct.

Athletes without conscience. I got stuck on the sociopath shtick yesterday when I was watching Real Sports With Bryant Gumbel. It’s pay TV, so I can’t put a video here, but I’ll tell you briefly about the segment that triggered my thoughts about sociopathy. If you follow baseball, which I don’t, this story is probably already familiar to you:

Matt Bush entered professional baseball at 18. He got a big salary and started drinking with abandon. He was arrested repeatedly for all sorts of awful drunken behavior, but always apologized, got little wet noodle slaps, and walked away.

In 2012, while driving drunk, Bush ran over motorcyclist Tony Tufano, crushing Tufano’s entire upper body, including his face. It’s a miracle that Tufano is alive. In seconds, he went from being an active, engaged 72-year old to becoming an overweight, drug dependent, pain-ridden, deeply depressed recluse. Bush, meanwhile, drove away from the scene of his crime, only to be caught later.

Bush was sent to prison, then to a halfway house, and then ended up on the Texas Rangers because his escapades had left his throwing arm unimpaired. The Rangers exert control over him: He can’t drink, he can’t drive, and he has to live with this father. Fair enough. I believe in remorse, repentance, and redemption.

Except that as I watched the Real Sports segment, it appeared to me that Bush’s remorse was limited to the damage he did to his own life. To the extent he repented, it was to be sorry that he’d screwed himself up. Redemption? Well, you don’t get there from where he seems to be. This certainly could have been a nasty hit job through HBO’s selective editing (the media has been known to do this), but Bush as framed didn’t show one iota of sorrow for Tufano.

One got the feeling that Bush believes Tufano was at fault for getting under the wheels of Bush’s car. To the extent Bush has cleaned up his act, Tufano served as a useful device for triggering that change, but at no point did Bush acknowledge Tufano’s pain and suffering, nor did he seem to feel under any moral obligation to Tufano. Bush was satisfied that, having read the Bible in prison, God had forgiven him, and everything else was past history.

To me, that’s pure sociopath.

But it turns out that Bush is, if you’ll pardon the pun, Bush-league when it comes to sociopaths and sports. Only when you read about Bruno Fernandes de Souza will you fully understand the sociopath athlete:

A Brazilian soccer player who had his mistress murdered and fed to dogs claims he is “starting over.”

In his first major interview since being released from prison, 32-year-old Bruno Fernandes de Souza said: “What happened, happened. I made a mistake, a serious one, but mistakes happens in life – I’m not a bad guy.”

“People tried to bury my dream because of one mistake, but I asked God for forgiveness, so I’m carrying on with my career, dude,” he said, according to the Guardian.

The star goalkeeper was sentenced to 22 years in prison in 2013 for his involvement in the murder of former model Eliza Samudio. The two were engaged in a paternity dispute over a child they conceived in 2009, while Bruno was still married. When Samudio began demanding child support payments, a group of Bruno’s friends kidnapped the young woman, tortured her, and fed her dismembered body to Rottweilers.

Just this February, however, a judge ordered Bruno’s release on a technicality. The goalie had served just six years and seven months — less than a third of his original sentence.

Do I need to clarify that I’m not saying that athletes are sociopaths? It’s just that the same single-mindedness and self-directed focus that helps create an athletic star can sometimes be indistinguishable from sociopaths’ behavior.

It’s a different moral universe when a man arranges to have his pregnant girlfriend tortured, murdered, dismembered, and fed to dogs, only to character the whole incident as “one mistake.”

The sociopaths in Washington, D.C. Is it redundant to say “the sociopaths in Washington D.C.”? Probably. But what I want to talk about is the spying that the Obama government committed against Donald Trump and the way that Obama himself signed an executive order allowing that illegally swept up data to be widely disseminated throughout the administrative state, ensuring leaks.

Actually, I don’t want to talk about it. I want you to read John Nolte’s article explaining why Nunes’ announcement yesterday about the government’s surveillance revealed a scarily broad spying apparatus (affecting all Americans, something I’ve written about before); improper interception of communications from Donald Trump and his team;  the reasonably inferable fact that Obama, who must have been briefed about the improperly swept up and identified communications, assured that they would be leaked to a happily complicit American media.

Read Nolte’s post and you’ll understand that Obama and Co. are sociopaths, willing to destroy America’s stability and liberty to achieve their selfish goals.

Incidentally, I think Nolte’s post is a must-read, rather than a “I think you might find interesting” read. More people need to know what’s going on in DC.

One theory is that the Dems know the filibuster is dead anyway, so they need to grandstand today to pacify their rabid base. Another, more Machiavellian theory is that Blue state Dems will start a short and meaningless filibuster, while explicitly authorizing Red state Dems to vote for Gorsuch. That way, there’s no reason to blow-up the filibuster rule, but the Dems can still say to their base “at least we tried.” In that case, Schumer is a sociopath, not an idiot, because that would be quite a clever, albeit unprincipled approach.

The sociopaths in Maryland. Since you all are hungry for news and keep abreast of things, you already know about the two young men who, despite being 17 and 18, and despite being manifestly in this country illegally, got enrolled as freshman at Rockville High School in Maryland. And you know that they dragged a 14 year old girl into the restroom and brutally raped her. You may also know that the MSM has assiduously ignored this story, which doesn’t fit with the narrative of “illegal aliens as victims.” (I’m tired of calling them “immigrants.” It implies a legitimate journey to a new world. They’re aliens here.)

But did you know that the school superintendent for the Rockville High School district responded to the incident by defending allowing illegal immigrants into Maryland schools? That is, he defended allowing people who waltzed into this country on their own recognizance, without any government oversight, to just walk into an American high school.

Were he not so wrapped up in his cloud of Leftist self-righteousness, the superintendent might have noticed something that Ann Coulter had the bravery to call out, which is that people who come from backwards agrarian societies have a propensity to commit child rape. They’re not as bad as those Muslims who accept the Imam’s dictums that all females are rape-worthy if they’re not locked away or outfitted in tents, but they’re more likely to do it than the average American. (And no, I’m not calling all illegal aliens rapists. But I am saying they have a cultural propensity and I’m not backing down from that fact.) As someone said, we shouldn’t be inviting people into our country who have to be taught after they arrive not to rape.

To me, that superintendent is a sociopath, putting his selfish emotional need for virtue signalling ahead of the needs of America’s children. He’s not the only one, though.

The entire Maryland legislature seems to be a haven for sociopaths. In the wake of the rape, the legislature passed a bill announcing that it is now a sanctuary state. I hope that Trump moves hard and fast to defund every single sanctuary city, state, or county in America. He’s already waited to long in my humble estimation.

In related illegal alien news, the Obama administration tried to legalize the status of an illegal alien who had a criminal record and who now stands charged with murdering his 15-year-old stepdaughter while she was pregnant with his second child. Just another day in Obama’s America.

Sociopaths go after Jews. Trump was incredibly maligned when he suggested that the rash of antisemitism around the US might be a false flag operation. Except it seems he might have been right, at least as regards the bomb threats against JCCs. It turns out that the calls to various JCC’s in America and in other countries around the world came from a young man who is a U.S. and Israeli citizen. The news stories imply that he is Jewish. If that’s true, he’s either crazy or he’s a sociopath playing a deep game to undermine the Trump administration — which is kind of what Trump said.

I’ve said it before, but VDH says it better. I’ve lost track of the number of times I’ve hammered away about the necessity of a Rule of Law, lest we morph into a banana republic, from there into anarchy, and from there into a strongman-controlled tyranny (see, e.g., this recent effort). Victor Davis Hanson makes the same point although, typically, he does it better than I could.