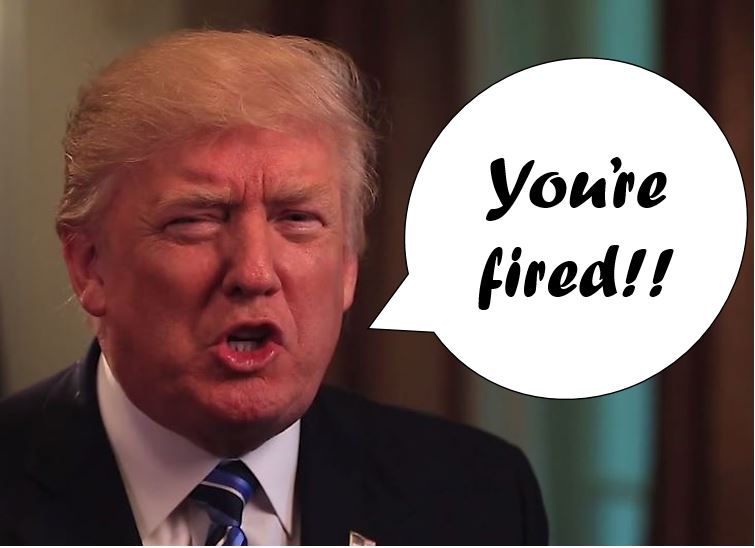 VDH comments on the most scandalous thing of all about Comey’s firing: namely, the fact that firing bureaucrats for malfeasance stopped for eight years.

Victor Davis Hanson has a habit of writing brilliant posts. When something is a standout even by the high standards VDH has set for himself, you know it’s a must-read.

Today, VDH tackled Comey’s firing, not by focusing on the firing itself, but by noting that he’s the first bureaucrat to be fired in eight years. That no bureaucrats have been fired before does not speak to their probity. It speaks to the fact that we’ve created a culture in which bureaucrats can save their jobs by batting their eyelashes at the media cameras and then boasting about their Progressive credentials:

Certainly, in the existential political war that Trump finds himself in, it would have been wiser, first, to have rallied his entire White House team and congressional leaders around the decision and established a shared narrative, to have been magnanimous to the departing James Comey, and to have had obtained private guarantees from a preselected successor that he or she would serve and be appointed within a day or two.

But otherwise the firing was overdue.

The larger problem with modern government is not that high federal and state officials like the megalomaniac James Comey are sometimes fired (they rarely willingly resign in the fashion of the British or Japanese), but they are almost never let go.

We live in a private-guilt rather than a public-shame culture. The now stereotypical “I take full responsibility” fillip of the state apparatchik, by its mere utterance, is supposed to exonerate culpable officials, regardless of the turmoil that their substandard performance has spawned or the absence of real sacrifice that follows such loud penance.

Trump’s misdemeanor was not that he fired someone who deserved to be fired, but that he did so as if he were still the host of The Apprentice rather than the president of the United States.

Yet the real felony remains the exemptions given to high officials such as Lerner, Napolitano, and Rice who have wreaked havoc because they assume they will never be fired. Even a badly conducted severing of a culpable government head is always preferable to an adroit exemption from any consequences. The one is rare and salutary, the other is commonplace and insidious.

Cry not for the firing of James Comey, but for the thousands of Americans who suffer from these incompetent and haughty officials who are never held accountable.

Read the whole thing here. Let’s hope that firing bureaucrats because the “in” thing in Washington. It’s badly overdue. Moreover, those government employees who are honest and hard-working should cheer having the toxic fungus in their ranks — or, more often, at their heads — get pushed out.