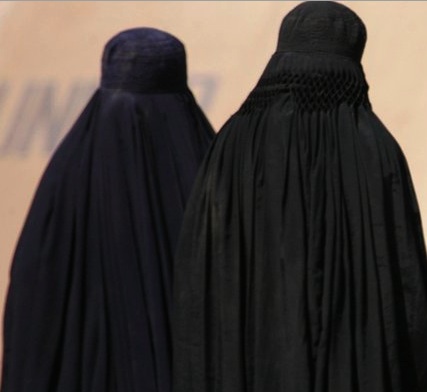 Modern Islam uses burqas, niqabs, and hijabs to control women. It wasn’t always this way, as a 1958 speech by Egyptian President Nasser shows. 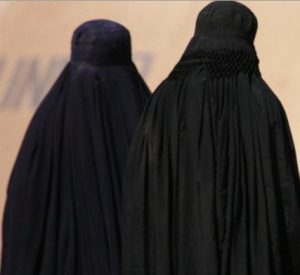 In many places, it is irrelevant whether women want to hide themselves in this way. Laws and frequently violent social strictures force them to cover themselves. A few examples will suffice:

Here’s just a little sampling of the burqas and niqabs that Islam imposes on women, whether they want to wear them or not:

It always this way. Periodically, photos circulate of women in Afghanistan or Iran dressed in ordinary Western clothing: 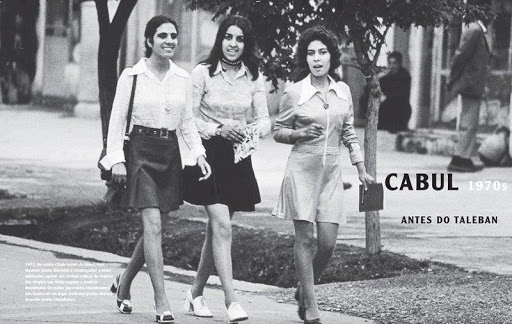 And just recently, a video has suddenly emerged that makes us aware how quickly things changed with the rising ascendency of the Muslim Brotherhood, the Ayatollah Khomeini’s takeover in Iran, and the Taliban’s hold on Afghanistan. In 1958, Egyptian President Nasser spoke to a group of men who found it hysterically funny, as did Nasser himself, that a Muslim Brotherhood figure was insisting that Nasser use his authority to force Egyptian women to cover themselves in public:

I have no problem with people, especially women, making voluntary choices to wear all-enveloping clothes that I wouldn’t wear. I have a huge problem, though, with states and thugs using violence and intimidation to force me into clothes that erase my very being.

This is actually something I’ve been thinking about a lot since attending the 14th Annual Ariel Avrech Memorial Lecture at which Daniel Greenfield spoke (a video and transcript of the event are here). Greenfield is an orthodox Jew. He dresses modestly, covering himself from head to toe, as does his very lovely new wife. Indeed, many of the attendees at the talk, which was held at an orthodox girls’ high school in Los Angeles, wore the modest clothes of orthodox Jews.

Because I was voluntarily attending a function held in an orthodox environment, I voluntarily tried to make my clothes a bit more conservative too. My clothes are always modest, in that I’m pretty well covered, but I usually wear jeans and a plain top, not dresses. For this event, however, I wore a dress. I did not, however, cover my hair. I was not shunned. Instead, I was treated with great kindness and respect.

More interestingly to me was the handshake question. My upbringing involved shaking hands. Indeed, my 4’10” grandmother delighted in the fact that her grip was so strong, even into old age, that she could bring tears to men’s eyes when she shook hands with them. We finally broke her of the habit of crunchingly powerful handshakes when we pointed out that, while she was fortunate in not having arthritis, many of her peers were not so lucky.

As a lawyer, handshakes are de rigueur, whether meeting clients, co-counsel, or opposing counsel. Given the hostile environment that surrounds litigation, the symbolism is obvious. Just as handshaking’s genesis is said to have been intended to prove that neither party to an encounter was holding a weapon in his dominant hand, the lawyer’s handshake is an implicit agreement to follow the law in the upcoming battle.

When it comes to orthodox Jews, though, men and women who are not related are not supposed to touch. Orthodox Jewish weddings are joyous affairs, with singing and dancing, but men and women don’t dance together. Indeed, among the ultra-Orthodox, they keep entirely to separate spheres. If they’re on the floor together, a scarf or ribbon avoids the touching dilemma:

Given this prohibition against touching women who are not closely related by blood or marriage, when I was introduced to men at the Memorial, I tried to figure out whether I would make them uncomfortable if I engaged in my automatic habit of reaching out my hand for an introductory handshake. Rather than being offended by the men’s reticence in this regard, I appreciated the thinking behind it.

Look at it this way: One could easily analogize the Orthodox approach to women to the Muslim approach. After all, each demand that men and women be kept separate. As best as I can tell, though, there is a difference and that handshake issue sums it up:

Both Islam and Judaism recognize that men have natural sexual urges. In Islam, these urges are both a way of slaking lust and a way to exert control over an enemy (“I have used your women”). Islam’s approach to this dual dilemma is to hide away the women and to punish them brutally should they somehow escape from this visual sequestering. In that way, men are not forced to fight against their urges and they can hide their women from tribal predators.

And once upon a time, not that long ago, in the heart of the Muslim world — Egypt — there was a generation of men that did not fear women so much that the women had to be hidden away. 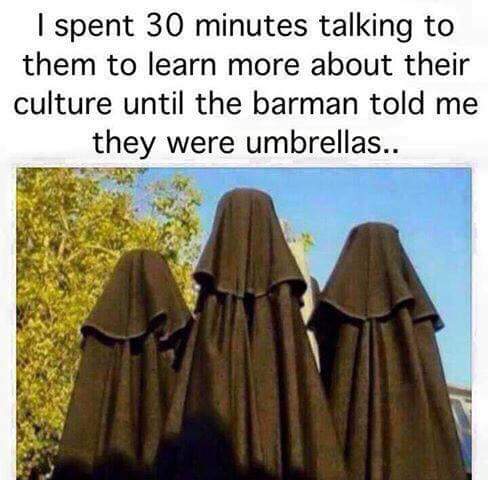