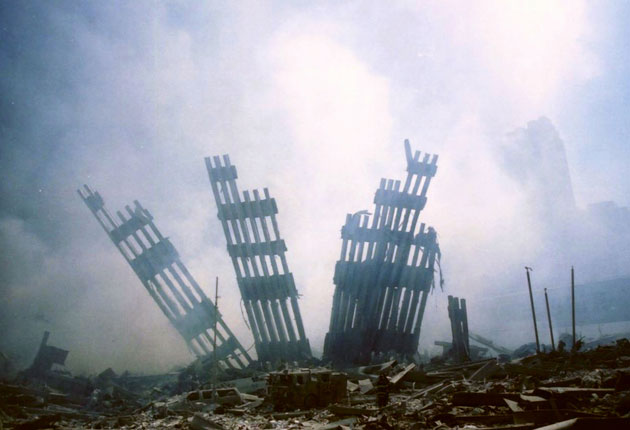 It’s been 16 years, but for those of us who remember September 11, 2001, the memories are still raw. Here’s a round-up of interesting and moving articles. 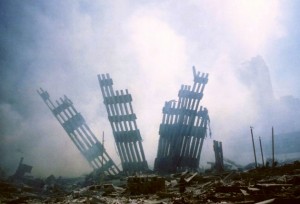 These are articles and videos about September 11, both remembrances and analyses, that caught my eye during my morning reading. Some are old, some are new, and all are good. The links are not in any particular order.

I’m not the only one remembering Rick Rescorla. You can find a great post at PowerLine, along with links to other remembrances.

Robert Avrech notes that we have met this enemy before — Islam is Amalek, the slayer of innocents. Whitewashing that doesn’t change the reality; it just destroys our defenses.

Danny Lewin was a technological genius — and also the first victim on September 11 as he sought to prevent the attack.

Gerard Vanderleun republishes the contemporaneous notes he made on and immediately after September 11. They are visceral, compelling reading.

Glenn Reynolds’ remembrance today is a bit of plus ça change, plus c’est la même chose affair. The Left seems determined to ensure that we experience a terrorist version of Groundhog Day in perpetuity.

James Lileks understood a long time ago that the end of the world after September 11 would be a long, drawn-out, painful affair.

The Falling Man, or rather, the images of all of the falling people on September 11 were so powerful that the media almost instantly suppressed them. But they happened and they matter. And they are and should be a palpable reminder of the our enemy’s endless, Amalekite cruelty.

Daniel Greenfield says we don’t need deep lessons about Islam to understand Islamists.  September 11 is all the lesson we need. It wasn’t just that a handful of Islamists masterminded and carried out the September 11 attack, and that they did so in a manner entirely consistent with Mohamed’s precepts. It was that too many of them, all around the world, celebrated.

Austin Bay’s post-September 11 post reminds us that the jihadists declared war on 9/11. That Bush chose an arguably incorrect strategy to fight back, and that Obama conceded defeat after we’d already won . . . those shouldn’t obscure the fact that we are in a time of war and our enemy knows it.

Certainly Ben Shapiro understands the war we’re in, and he makes solid, inarguable points about the five lessons that must be learned if we’re to survive and win the war.

Of course, the enemy’s identity isn’t always obvious. Many have long suspected the Saudis, but only now are we coming to the truth. Still, in an ugly, dirty world, with Iran still out there, we’re somewhat partnered with the Saudis whether we like it or not. Also, the current crown prince has reformist tendencies….

Ann-Marie Murrell sings my song: a mindless Democrat who bought into the propaganda and then had her eyes opened very wide when 9/11 happened. My story is a little different insofar as I understood even before 9/11 that the propaganda was happening because of the lies about Israel and (shame on me) it took me another two years after 9/11 to really figure things out.

Meanwhile, in Marin County, teachers make sure to tell their students about Truther conspiracy theories and “Islamophobia.” At least one student, though, gets it:

Braden Bouwman, 15, a Terra Linda sophomore, said the stricter government regulations post-9/11, such as the Patriot Act, feel “like too much personal (scrutiny),” he said.

“I want to learn about when America was a free country — now you hear about more government and it’s more like a dictatorship.”