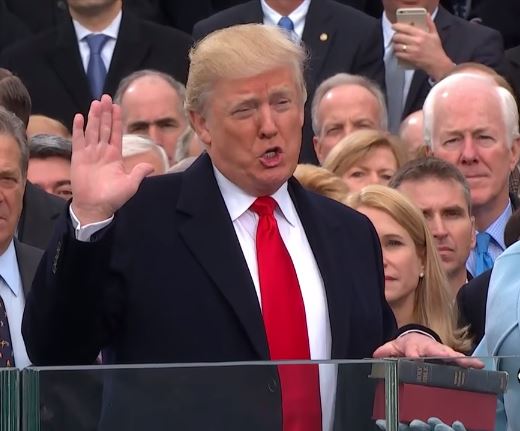 Progressives again show their retreat from reality, this time with a t-shirt claiming MAGA supporters, whose candidate and agenda won, are “losers.” 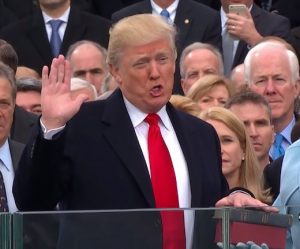 During the 2016 Presidential campaign, Donald Trump had promised “We will have so much winning if I get elected that you may get bored with the winning.” The MAGA team believed him and he turned the electoral map red everywhere except in coastal areas and large urban enclaves.

True to Trump’s promise, while his administration has made some errors (President Trump should have fired Comey and indicted Hillary on January 22), there’s also been a whole lot of winning. Here’s a partial list:

I don’t think any of the MAGA crowd are bored yet with this winning. They’re counting on more. The reality is that, with Trump slowly but steadily dismantling the Obama state, his MAGA supporters are very pleased. Moreover, as the guys at Power Line show (especially Paul Mirengoff), even those who did not vote for Trump, and are not true MAGA-ites, are pleased. It’s been a delight to watch the more reasonable NeverTrumpers come around.

It’s also been pretty darn pleasing watching the new converts talk to those who have walled themselves off in NeverTrump Land (a cold, dank, hopeless, ugly place). What they’re saying is that the obdurate NeverTrumpers have become intellectually dishonest and are making themselves pariahs to all thinking conservatives.

With all this MAGA winning in mind, how in the world does one explain this t-shirt?

It’s as if the Left, after almost a year spent in unending hysterics and drama, has completely abandoned the real world and taken up permanent residence at President Hillary Rodham Clinton, a fairy-tale website that pretends that Hillary actually won the election. At that website, Hillary’s not traveling across the United States continuously adding to the roster of people, institutions, a planetary alignments responsible for failure in November.  Instead, she’s presiding over a Progressive golden age in which Hillary ends affirmative action for spoiled white people, Huma raves about Hillary’s perfections as an employer, the White House has a permanent rainbow flag flying over it, and Hillary prevents conservatives from traveling abroad lest they sully America’s standing in the world.

Likewise, at “Real Science” the Hillary fantasy lives on. In Real Science’s make-believe world, MAGA-ites have crawled into a dark bunker to lick their wounds and a Progressive worldview is ascendant.

Real Science’s fantasy does not exist in a vacuum. Separate from the Hillary Won website, a treat into a Leftist fairyland is consistent with the Left’s overarching and deliberate break with reality:

And, apparently, in Leftist Land, MAGA-ites, the same people who got their candidate into the White House and who have enjoyed the way in which their candidate is slowly but surely fulfilling campaign promises, are “Losers.”

Hint to Progressives: No matter how much you want to play in Fairyland (or, in your case, Leftist Land), if you wish to win elections, you need to start living in the real world. (Honestly, I hope they ignore this advice and, indeed, I’m pretty sure they will because the absolute bottom-line reality is that, in the real world, Leftist ideas invariably fail.)