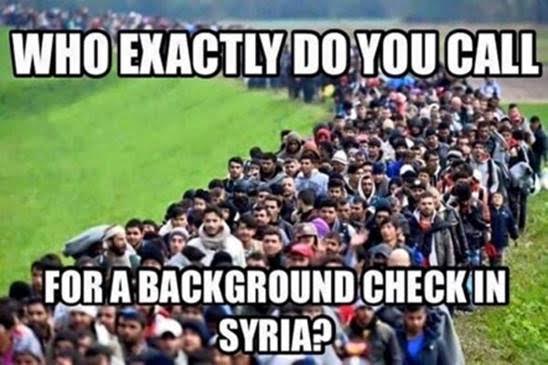 While we’re paying attention to Russia’s corrupt dance with the Obama administration and the Clintons, don’t forget that Islam is still at war in Europe.

My wanderings across the internet today put two closely related things before my eyes, one of which is a news report and the other an analysis. First, from the Daily Caller, the news:

The number of terrorism-related cases investigated by German authorities have quadrupled over the past year, newspaper Welt am Sonntag revealed Sunday.

Prosecutors have opened more than 900 cases so far this year, compared to 240 throughout 2016. Just 80 cases related to terrorism reached the courts in 2013.

The federal prosecutors office can’t keep up with the increase and nearly 300 cases have been transferred to the state level. Not all cases involve plans to carry out attacks. Migrants from Syran [sic], Iraq and Afghanistan have been tried over alleged membership in terror groups without being suspected of planning attacks on European soil.

Germany’s federal police (BKA) estimates 705 Islamist extremists are willing to carry out terror attacks, up from 600 during an estimate in February. Germany’s domestic intelligence agency (BfV) recently said around 24,400 Islamists are active in the country but most of them don’t pose an immediate terror threat.

Up until a couple of years ago, most of Germany’s Muslims were fairly well-integrated Turks who hadn’t been too poisoned by Erdogan’s increasing Islamism in the home country. This new batch, though, is something quite different. Germany only needs to look to France to see what happens once Islam really get its teeth into a European country.

And that leads me to the second thing, which is Daniel Greenfield’s analysis of the war being fought in France:

Interior Minister Gerard Collomb made it official. France is “in a state of war”.

It’s not just rhetoric. Bombs turn up in a posh Parisian suburb. Two young women are butchered at a train station. And it’s just another week of an Islamic World War III being fought in France.

From the November attacks in 2015 that killed 130 people and wounded another 400+, to the Bastille Day truck ramming attack last year that killed 86 and wounded 458, the war is real.

There’s something very wrong when Afghanistan is safer than Paris.

10,000 French soldiers were deployed in the streets of their own country in Operation Sentinelle after the Charlie Hebdo – Kosher supermarket attacks in 2015. Thousands of French soldiers are still patrolling, guarding and shooting in French cities which have become more dangerous than Afghanistan.

Operation Sentinelle has deployed twice as many French soldiers to France as to Afghanistan. And French casualties in the Islamic war at home have been far higher that they were in Afghanistan.

When the French intervened to stop the Islamist takeover of Mali, they suffered a handful of losses. The 4,000 French soldiers came away from Operation Serval with 9 casualties and Operation Barkhane amounted to 5 dead. The Gulf War? Another 9 dead. It’s a lot safer to be a French soldier fighting Al Qaeda in a Muslim country than a Parisian civilian going to a concert in his or her own city.

French casualties in the struggle with Islamic terror in just the last two years are approaching the 300 casualties of the Korean War.

That’s just a small part of what Greenfield has to say about Islam’s toxic presence in France. I urge you to read the whole thing.

The reality is that, try as one might, Islam is not like any other religion and Muslims are not like any other immigrants. Islam is also a political system and many Muslims believe that this political system imposes upon them the obligation to conquer other nations. This does not mean that Muslims should be barred from immigrating into Western countries. It simply means that nations must vet Islamic immigrants carefully both before and after they enter the country. Both France and Germany failed to do so and their native-born citizens are suffering accordingly.