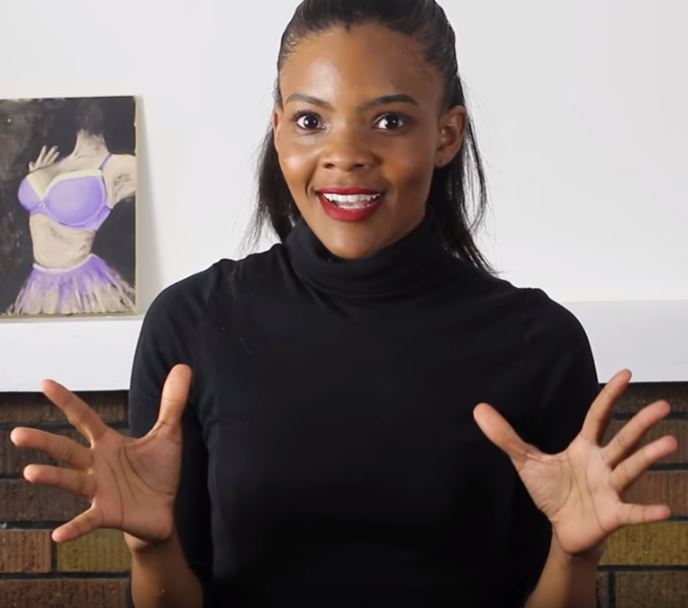 While we old folk are focused on the MSM, Red Pill Black (aka Candace Owens) and other young people are spreading the conservative gospel via lively videos. 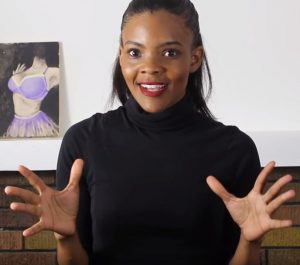 A few months ago, I wrote about some heartening information: There is a very large population of young conservatives in their twenties and thirties, who are invisible to older folks because their medium is videos, rather than the written word.

We older folk see Milo Yiannopoulos and Steve Crowder, because they use the written word, but the energy is with these vloggers. As my young friend told me, they’re putting out videos that get hundreds of thousands of hits. Meanwhile, cable news thinks it’s a big thing when it gets a couple of million viewers each night (which is highest number Rachel Maddow has ever achieved on her best day).

One of the most charming and interesting conservative vloggers is Candace Owens, aka Red Pill Black, a young black woman who is funny, thoughtful, and very, very interesting. No wonder, then, that Owens has 147,000 subscribers — and that subscriber list came about as a result of only 14 videos to date.

Think about that: With almost no overhead, and a fairly limited inventory, Owens has 147,000 people who want to hear her talk on important subjects both delighting and vexing Americans today. Moreover, if you check out the Red Pill Black video line-up, you’ll see that between 250,000 and 500,000 people, on average, take the time to listen to what Owens has to say. WOW! I would kill to have even a small percentage of her audience. Rachel Maddow would probably kill for that too.

I’ve included in this post a few representative Red Pill Black videos, more of which can be found here:

The above two videos give you a sense of Owens’ intelligence, breadth of knowledge, and charm.

Speaking for myself, I especially enjoyed Owens’ take on Eminem (below), because a formerly sane friend of mine claims that the fact that Trump went after Snoop Dogg but not Eminem proves that Trump is a racist. I pointed out that (a) Snoop had done a music video implicitly threatening to assassinate Trump and (b) that Snoop’s attack was early on in the presidency while Eminem is a late-comer trying to revive a moribund career.

Faced with that data, my friend, following the Progressive guidelines for argument, shifted the narrative and, following a long, befuddling peroration, told me that Trump is a racist because he attacks black Gold Star moms.

I, losing my temper, pointed out that the one sure sign of a racist is that, to that person, everything is about race. I really need to learn to keep my temper. When called on that, “Are you calling me a racist?”, I decided not to destroy the friendship because I find this man’s posts useful for blogging and because he once was a friend, I said “No, I’m calling Rep. Wilson a racist.” He was still offended, but I thought it was a good recovery.

Anyway, here’s Owens discussing Eminem and doing a better job than I ever could:

By the way, if you’re wondering about Owens’ vlogger name, “Red Pill Black,” that tells me that you’re not a Matrix fan. This scene from The Matrix explains that Owens is one of many young people who no longer wants to listen to the official line but, instead, wants to see and speak the truth:

To learn more about Owens, you can also watch Dave Rubin’s interview with you. Rubin, incidentally, is another incredibly popular young conservative vlogger, with 535,000 people subscribing to his channel: