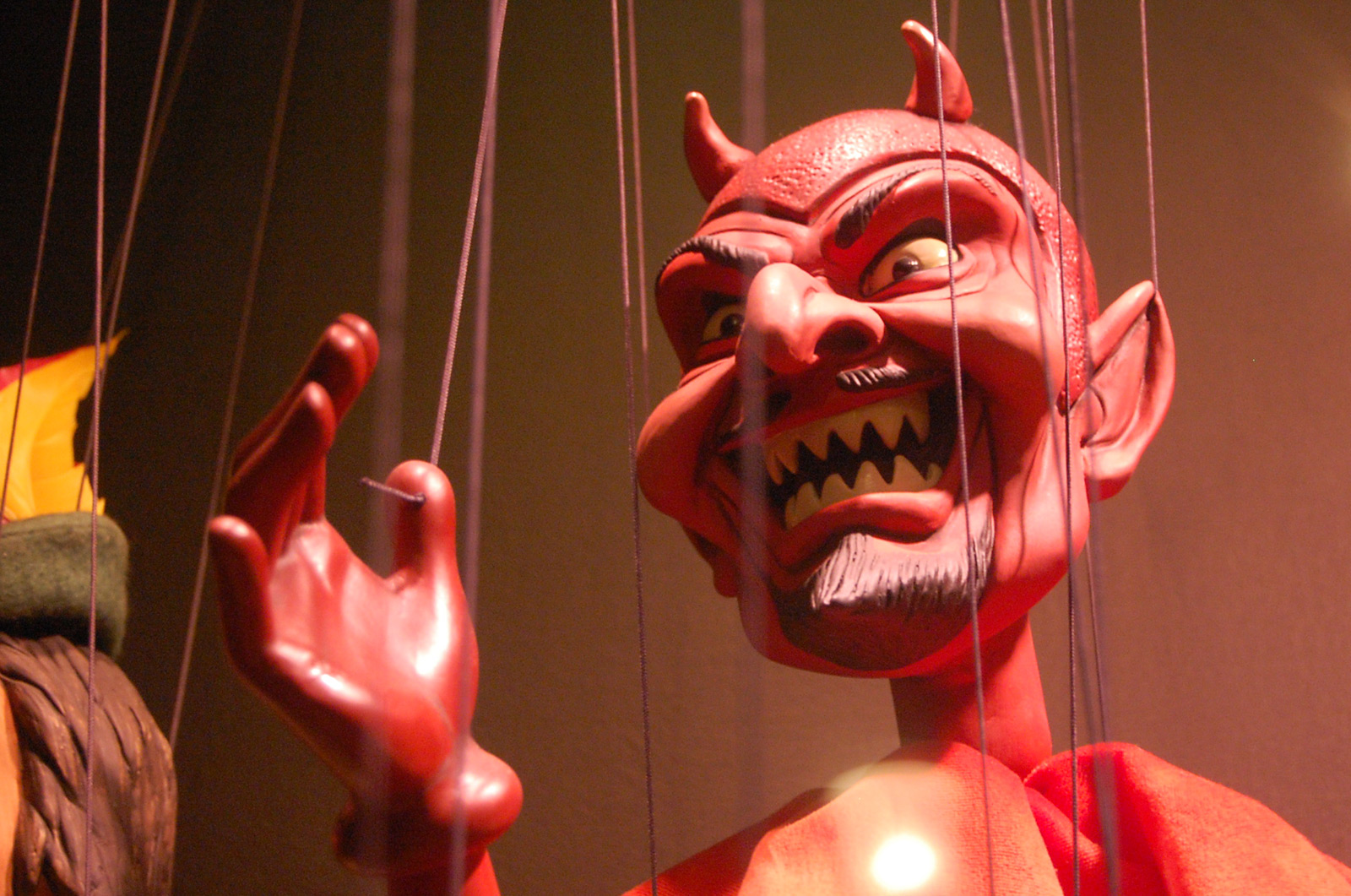 I believe evil exists, but I fear I’ll miss it when it’s present or, worse, find evil where none exists. How do you define evil to avoid such mistakes?

I was listening to Dennis Prager this morning (something I can do now that I signed up for Pragertopia, which has a “first month for $0.99” sale), when Dennis touched upon “evil.” Sitting here now, I can’t really remember the context, but think I recall him saying “The Left doesn’t believe that evil exists.” Prager then said that it does exist, and cited to such familiar examples as the Nazis and Stalin. Another clear example of evil, if I were asked, would be Charles Manson or Jeffrey Dahmer. As is so often the case with Dennis’s monologues, I kept running through the issues he raised long after the show had ended.

Because I grew up in San Francisco public schools, went to UC Berkeley, and lived in my parents’ world, which was made up almost entirely of upper-class Democrat-voting Jews (academics, mostly), the mindset in my world was that “evil” was an antiquated notion. People had bad ideas. They were raised wrong. They were victims of ills that could be labeled such as psychopathy, narcissism or schizophrenia. Once labeled as psychological or glandular, you could no longer label the perpetrator as evil. He was merely acting out the chemistry of his brain or the damage of his upbringing.

This meant that, while the Communists did horrible things, one could not blame someone brought up in the milieu who didn’t know anything different. (For the Jews in my world, the exception to this modern thinking was the Nazis. The Nazis were evil — but Stalin and Mao were not; they were just bad.)

Perhaps because of the Nazi exception to the general rule around me, I still believed in evil. I certainly understood that the Nazis were evil. I also understood that part of what made them evil was that they raised up a generation of children who believed that the ultimate evil, namely genocide, was an appropriate act. In the same way, part of what makes fundamentalist Islam so evil is that it destroys the children under its care by turning them into genocidal maniacs. That the children started out innocent is eventually irrelevant. Once they have become soldiers in evil’s army, they must be destroyed.

What scares me about labeling things as “evil,” though, is how easy it is to err. Certainly the Nazis erred when they labeled Jews as evil, something the Islamists still do. I think the Left errs badly when it hysterically shrills that Trump and those who support him are evil. Considering that Trumpian norms are American norms from just over a decade ago, I fail to see any rational basis for this.

The real problem for me is knowing that I erred badly in my life in identifying evil where none existed. My mother and her sister had a fraught relationship. Naturally, I saw things through my mother’s eyes, something helped along by the fact that my aunt was no saint. But what I didn’t realize was that my mother wasn’t either.

In the running battle between my aunt and my mother, one they both fought with smiling mean girl tactics such as stealing friends and spreading rumors, both of them could get pretty vicious. But again, I grew up in my mother’s house. It shouldn’t be a surprise, then, that by my teens I had completely accepted my mother’s view. Accordingly, one day I told her that I thought my aunt was “evil.” My Mom did not push back — and in retrospect, she should have pushed back and pushed back hard.

What the years taught me, especially the last few years, was that my aunt was not evil. Both Mom and her sister were women terribly damaged by the double whammy of a dysfunctional home life and a world made insane by Depression and War. In the long-term balance of things, though, I learned that my aunt was the one who lived a little closer to normal on the spectrum. She was less destructive to those people close to her than my mother was to those in her orbit.

But evil? No, neither was. They were petty, vengeful, manipulative, but no one died because of them. They didn’t torture people. They didn’t deprive them of their liberty (although both did a very good job of raising their children to fear freedom).

So here are my questions for you: Is there some standard by which we can measure true evil so that we don’t make mistakes? When we reach the point of waging war, how do we know with sufficient certainty that we’re on the side of the angels and that our opponents are not, especially when children and teens end up in the line of fire?

Even I can see, though, that liberty is a tenuous measure of true evil. European socialists severely diminished liberty, but didn’t torture or kill people as the hardcore communists or 1930s/1940s fascists did. Instead, helped along by America paying their defense costs during the Cold War, soft European socialism gave people fewer choices than Americans had, but also made sure people under their control had food, shelter, and at least minimal health care. Meanwhile, as Europeans loved pointing out before America’s Cold War sponsorship of European nations ran dry, homeless Americans were starving in the streets, without food, shelter, or medicine.

For another example of limited freedom without actual pain, think about Japan or pre-Sharia Scandinavian countries: All were (and Japan still is) governed by a very gentle, velvet-gloved totalitarianism that uses the soft power of social norms rather than the hard power of the police state to ensure that not only do citizens have limited liberty, they don’t mind liberty’s absence. Are these people and nations evil?

And here’s another question while I’m at it: If a person does a bad thing, does it matter whether that person acted with good or bad intentions? Is a Jew less dead if the actor gloats about killing Jews versus a killer who honestly tells himself that he acted to save his innocent children from the Jewish menace?

I’m hampered by the fact that, while I’ve become a deist over the years, one hewing more to Jewish doctrine than Christian, I’m still not a religious person. That is, I do not live within the boundaries of a comprehensive, time-tested doctrine. Nor have I read great works of philosophy which, I’m sorry to say, bore me. All I do is look at my life (and my mistakes) and at the world around me. And while I know evil exists, I’m terribly afraid that I won’t recognize it when I see it or, perhaps even worse, that I’ll see it where I shouldn’t and commit a grave wrong against innocent people.

So, I’ll reiterate my questions and then leave it open for all of you: Is there some standard by which we can measure true evil so that we don’t make mistakes? How do we know with sufficient certainty to wage true, bloody war, that we’re on the side of the angels and that our opponents are not? If a person does a bad thing, does it matter whether that person acted with good or bad intentions?