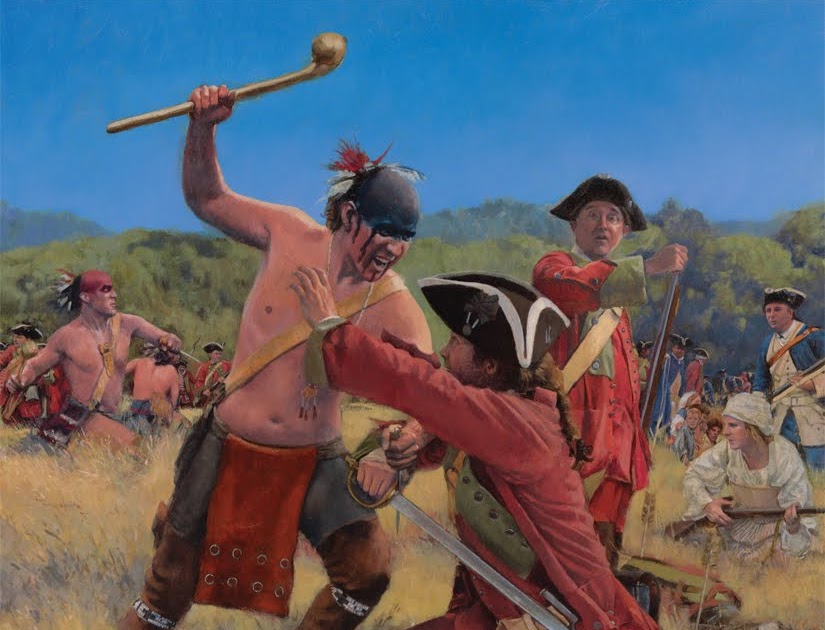 When it comes to historians determined to prove that Americans were evil from colonial times forward, too many times history simply gets rewritten.

A historian has written an article posted at Real Clear History, “Pontiac’s Rebellion and Small Pox as a Weapon.”  The author is referring to an Indian War (1763-66) that occurred on the heals of the French-Indian War (1754-63).  The purpose of the article, it seems, is to condemn the British and Americans for their mistreatment of the Indians, as only facts, halve truths and falsehoods that reflect poorly on the British and the Americans are mentioned.  Indeed, at one point, this horse’s ass claims that the colonists and soldier’s of the era were acting out “genocidal fantasies.”

For example, this is the author’s discussion of the Anglo-Cherokee War:

The first of these [Indian rebellions] was the ​​Cherokee War,caused by colonial infringement on Indian land, attacks on Indians by settlers, Indian revenge attacks and the actions of a prejudiced colonial leader who tried to blackmail the Cherokee by taking hostages. It was bloodily crushed by the British.

Let’s unpack this, shall we.

The Cherokee War [1758-61] had nothing to do with Pontiac’s rebellion.  It was not caused by “colonial infringement” on Cherokee lands – there was none in 1758.  An incident happened in Virginia where 40 Cherokee braves were ambushed because they were thieving horses.  That had nothing at all to do with the colony of South Carolina, where virtually the entirety of the Cherokee War was fought.  The Cherokee were not taking revenge on the colonists of South Carolina when they began their attacks on the Carolina back country. The author makes no mention of the fact that the Cherokee were acting at the behest of the French in attacking South Carolina’s back-country settlers, nor does he mention the horrid slaughter of those back country colonists — including the Long Canes Massacre.  (The Cherokee, like virtually all of the Eastern Indian tribes, practiced total war.  Rarely was a man, woman or child spared.)

The “prejudiced colonial leader” mentioned by the author was not a colonist, he was a King-appointed British Royal Governor, only two years in country, whom the colonists of South Carolina begged not to incite a full scale war.  (Before the Royal Gov. interceded and mucked things up “royally,” half the Cherokee towns wanted peace as well.)  There was no prejudice among the vast majority of the colonists.  And the war was not “bloodily crushed” by the British,  A combined force of Brits and colonial militia, for the most part unopposed, began burning Cherokee towns until the Cherokee sued for peace.  There was no retribution.  Moreover, the peace was granted upon reasonable terms by the then acting governor — Lt. Gov. Bull, who in fact was a colonist.  It was not a bloodless war, but there wasn’t anything “genocidal” about it.

The entire article, which I will not bother to fisk, is similarly factually challenged.  One could read the entire article and never know that the French-Indian war was an effort by France, along with their Indian allies, to drive out the British.  One could read the entire article without ever knowing just how brutal the Indians were in their warfare, thus putting into context the decision to try and fan small pox among them in a particular instance.  And while we understandably cringe today at the thought of using bacteriological warfare, at the time, small pox was not some special weapon of the military, rather it was epidemic in North America.  And it was not just used against the Indians.  The British would use it, or attempt to use it, on several occasions during the American Revolution against the Americans.  Indeed, probably the only reason Canada is not the 51st state today is because the Brits sent small pox infected prostitutes among the Colonial soldiers camped outside of Quebec in 1775.   To point to Amherst’s use of small pox and call it anything other than tactical, let alone describing it as genocidal and uniquely aimed at innocent American Indians, is obscenely false.

At any rate, this is how history get’s rewritten.  With modern academica, the enemy is our own culture.  History is the first casualty with these people.