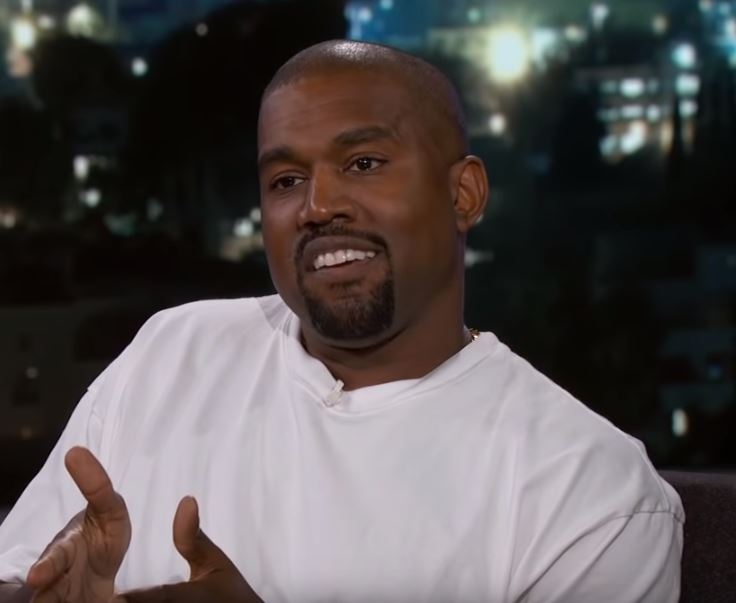 Kanye again makes sense. This time, he says quite correctly that Americans are individuals, so politics should be personal, not a matter of group think.

Group-think, which denies people’s individuality and insists that they have no meaning separate from whatever group the politicians believe best serve the politicians’ goals, is the essence of Marxism. Stalin, who understood that Marxism always leads to the grave, summed up the ultimate type of group think: One death is a tragedy; a million deaths is a statistic.

Yesterday, Kanye went on Jimmy Kimmel and called out this Marxist group think in his inimitable Kanye way, by saying that people are denying their basic individuality when they allow group identity to dictate their politic choices. Being true to yourself means refusing to allow group think to silence you:

Just as a musician, an African-American, a guy out in Hollywood, all these different things — everyone around me tried to pick my candidate for me. And then told me every time I said I liked Trump, I couldn’t say it out loud or my career would be over, I’d be kicked out of the black community. Because blacks, we’re supposed to have a monolithic thought. We can only like . . . can only be Democrats and all.

None of us are Kanye, with his fame and money, but we as conservatives do try to see people as individuals, not widgets. Moreover, we can make a difference every day to counter this statist world view by focusing on the individual. In its nicest form, this focus means saying “hello” to people as if you mean it. In its political form, it means gently asking people like Alexandria Ocasio-Cortez (“AOC”) about herself.

If that person is not friendly, I don’t think “Black attitude” or “Asian attitude” or something like that. Instead, I think, “maybe that person is having a bad day,” and do what I can, either through strategic silence or pleasant, compassionate, or cheerful words, to help change that dynamic. In a world in which the Left tries to break us down into hostile little categories, I try hard to tie people back together, one person at a time, as members of a common race: the human race.

At a larger, political level, think of how focusing on the individual would affect the AOC dynamics. I know that she’s espoused statism, but there has to be one hell of a story behind her drift from wealthy Westchester suburb, to elite college (where she studied international affairs and economics), to Queens radical (where she daily proves she knows nothing about either international affairs or economics).

Conservatives have been enjoying the “gotcha!” aspect of exposing AOC’s carefully hidden past against her equally carefully cultivated present. I, however, would be fascinated to know what took her from there to here, especially since I think the narrative, more than the “gotcha!”, would reveal the deep fault lines in her thinking or would make it clear to those who voted for her that they’re the victims of a con. Also, I do think treating her as a person, not a caricature, would help drive home to her putative constituents that they too are individuals with their own stories and their own values.

Incidentally, this focus on the individual, not abstract politics as expressed through a carefully chosen representative individual, would work well in Minnesota too. There, the mainstream media is assiduously avoiding Ilhan Omar’s bizarre personal story and instead keeping a tight focus on her religious, racial, and gender group metrics. Who this individual is, rather than all the Leftist check boxes, is an interesting narrative and one that should be told. Again, this is not about “gotcha.” It is about reminding voters that we are all individuals — including our politicians and wannabe politicians — rather than statistics.

I know these are vague, inchoate thoughts, but I can’t help thinking that it is up to each one of us to challenge at a very personal level the Leftist habit of treating the world as a collective of stereotypes and statistics.

Incidentally, this line of thinking amongst conservatives would also head off those videos of people berating Hispanics on the street.