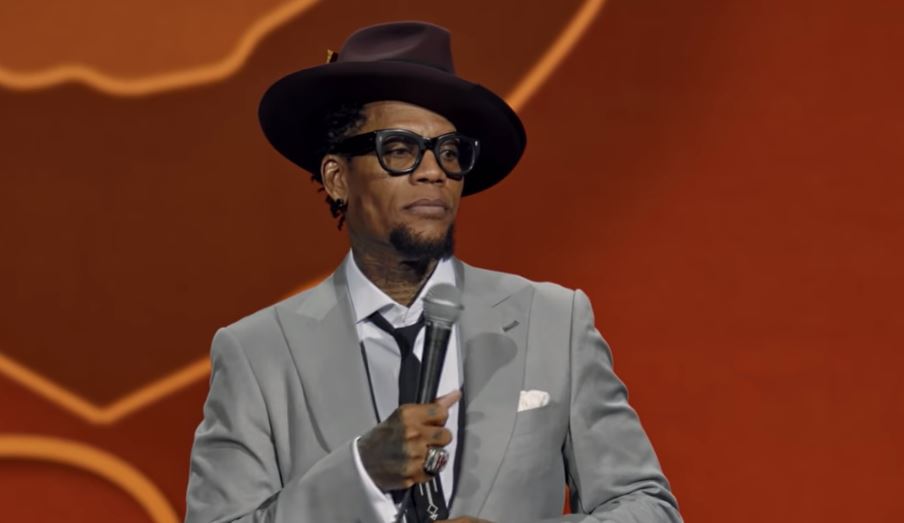 D.L. Hughley’s “humor” illustrates that today’s black rights and feminist movements are a form of Stockholm Syndrome rather than signs of true strength.

D.L. Hughley is a well-known “woke” black comedian, which means he is considered to be on the cutting edge of modern social justice *ahem* comedy. (I added the ahem because so much social justice comedy seems to consist of saying “That’s not funny.”) I’d like to share with you one of Hughley’s riffs from September 2017 (language alert):

Now, the black man in me is appalled by Trump, but the nigga in me is intrigued. “How is he getting away with this?”

Now they want to build a wall and kick all the Mexicans out. I ain’t no engineer, but you better not kick those Mexicans out before that wall get built. ‘Cause black people do not work outside like that no more. Fuck that shit. We had our turn. That’s what February’s all about. When a job’s too hard for us, we call Mexicans. “Hey, Javier, what you doing, man?” “Yeah. Meet me in front of the Home Depot.” “You can wear your soccer shoes. I need a living room built by tomorrow.” “Oh, and happy Cinco de Mayo, my brother.”

Want to kick out the hardest-working people in America. I cannot wait to see white people cutting they own grass. “Jesus Christ, is it always this hot out here?”

A lot of poor white people voted for Donald Trump. How the fuck you broke and white in America? How did you blow a 400-year head start? “Aw, you almost had it.” “Got to be quicker.” If you broke and white in America, you are wasting your whiteness. You should put your whiteness on eBay. Black people will buy that, won’t we? “Ah…” “Gently used whiteness.” “This is from West Virginia. I don’t need that. That’s just…” “That’s like being a nigga right there. I don’t need this.” “Percocet come with this. I don’t know. What’s that?” “Ooh, give me some of that New York whiteness. Ooh, Fifth Avenue whiteness. Sprinkle a little Jew on it. Shit!”

You can read the whole shtick at the link. The humor eluded me, but I seldom laugh at racism, antisemitism, misinformation, and hatred. Thinking about it, though, I can see why the Left loves him.

What actually fascinated me about the shtick was the overwhelming sense of victimhood that pervades it. Blacks are no longer heroes in their own narrative. They are weak, used, abused, degraded. In Hughley’s words (not mine), they are “niggas”.

That same sense of victimhood pervades modern feminism. When I was growing up, Helen Reddy sang the feminist anthem: “I am woman, hear me roar!” We were strong, we were invincible. We women were empowered. We could bring home the bacon, fry it up in a pan, and never, never, never let you forget you’re a man. (Yeah, that’s the Enjoli commercial.)

Joking aside, the message I heard growing up was that we were nobody’s victim. Given the opportunity, we could function well in a man’s world and still be women. We were tough.

Today’s message to young women, though, is all about being victims because every man is a predator. Even the term “rape survivor” has whiny quality. The whiny quality comes about because we no longer limit the term to women who have actually been “raped.” In this time of fragile, victimized women,  you’re also a “survivor” if someone looked at you funny. Ford’s narrative, if one accepts it at face value, is that she got dry humped and freaked out. So suddenly, she’s a “survivor.”

If that’s what it takes to be a survivor, then I guess I’m a “survivor” too. Like most women of my (and her) generation, I’ve been dry humped by drunk guys. That’s what drunk guys do and, if you push them away, as Ford allegedly did, drunk guys who are not rapists stop. Indeed, even Ford concedes that there was more guy rough-housing going on than dry humping. (And I cannot remember where I read it, but today somebody pointed out that, according to Ford’s own narrative, the guys promptly forgot her once they started tussling.)

You want something more serious? I’m pretty sure that once, when I was on a bus in San Francisco, a guy rubbed up against me. At the time, I thought he had a pencil in his pocket, but now that 30 years have past, I know that he was trying to rape me. I’m not sure what day it was, or even what year, but I think it was on the N Judah and I was wearing a black skirt. Do you think if I tell the FBI, they can find that guy and vindicate my survivorship?

I never thought about any of those experiences as #MeToo moments. That’s why I cheerfully said during the #MeToo uproar that it had never happened to me. I’m not a survivor, because nothing bad happened to me. Because I’m not a victim, I didn’t have to survive anything.

Maybe I have some perspective that Americans, especially young, suburban Americans such as Christine “Baby-Voice” Ford lack. You see, I’ve grown up knowing real victims who actually survived horrible things.

My mom survived a Japanese concentration camp; my dad escaped the Nazis in Germany and then fought them at El Alamein and Crete; a family friend argued with Dr. Mengele at Auschwitz and managed to avoid the gas chamber; an in-law was a refugee whose parents died in the camps while she survived the London Blitz; many of my school friends’ parents escaped the Cultural Revolution in China; another friend’s father was a Japanese American whom Franklin Roosevelt unconstitutionally interned — all of these people were actual victims of truly horrible things.

All of those people (and I knew them well) were scarred by their experiences, but interestingly enough, none defined themselves as victims. To the extent they were true survivors, that was a badge of strength, not the whining weakness the women’s movement has devolved into — or the self-loathing that D.L. Hughley expresses.

As far as I can tell, D.L. Hughley exemplifies the Stockholm Syndrome that characterizes blacks who are Democrats. I bet you will never hear a conservative black speak of himself or other blacks in such derogatory terms — terms, moreover, that perfectly echo the way that Democrats spoke of blacks from the founding of the Democrat party through to the tail end of the Civil Rights movement, right down to Hughley’s word of “nigga.”

You can tell that Hughley thinks he’s brave and free by taking ownership of black pain by using those words and saying those insults. However, he’s not doing this to encourage blacks to strive and better themselves. Instead, he’s simply taking the line of a perpetual victim who has embraced the outlook of his torturers. The women’s movement is doing exactly the same thing, painting women as frail Victorian flowers, rather than strong, self-reliant, effective people.

Blacks have not fared well under this new Stockholm Syndrome paradigm. Women will not fare well either.