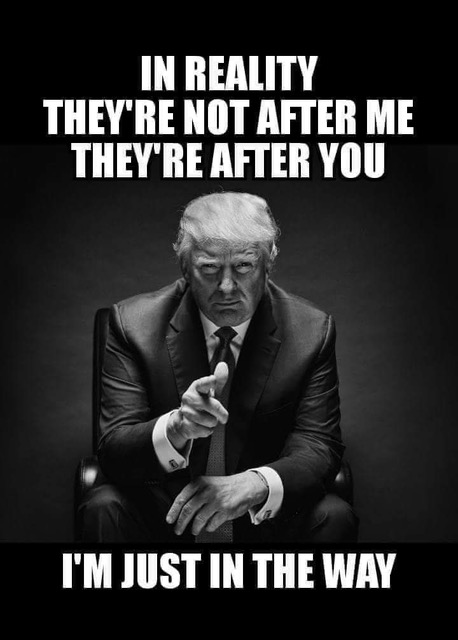 If you like Trump’s accomplishments and hate the Dems’ Kavanaugh circus, vote strategically this November. Here are some ideas for the mid-term election.

We’re slightly less than a month away from the mid-term election. For those who have put off thinking about it, it’s time! As a nation, we are at a fork in the road, so people need to think very seriously about their choices.

The most important thing is that, contrary to the saying that “all politics is local,” this is not a local election. For once, it’s not about whether your particular Congress critter brings home the bacon to your district. Instead, the only thing that matters in this election is whether it gives Trump a Congress that will work with him or gives him a Congress that will work against him.

Even that, though, isn’t the correct formulation. Trump is the agent of the American people. This mid-term election is about you as an American, not you as a resident of this county or that state.

To paraphrase Ronald Reagan, as we head into the mid-terms, you need to ask yourself whether you as an American are better off now than you were two years ago. If you are, then you must support Trump to enable him to continue the policies that benefit you and the nation as a whole.

Regardless of your personal feelings about Trump, therefore, you need to take a step back and see if you objectively like or dislike what he’s done for America as a whole. The following is an off-the-top-of-my-head list of Trump’s accomplishments to help you decide whether you mostly support or mostly oppose what he’s done during his time in office:

Since the day Trump won the election, Democrats have demonstrated that they will stop at nothing to block any and all Trump’s policies. They have taken to the streets, used the courts and, as the Kavanaugh proceedings have shown, used a wrecking ball against Congressional procedural as well as against traditional American concepts such as due process and the presumption of innocence.

Trump currently has a decent-ish majority in the House and a one-person majority in the Senate. As the Kavanaugh proceedings have shown, that one-person Senate majority means that those who support Trump’s policies are always at the mercy of the weakest, most unprincipled, most left-leaning members of the Republican party. (Flake, Collins, Murkowski — and did I say Flake?) If you don’t like the fact that Trump couldn’t repeal Obamacare or build the wall or get Planned Parenthood off the federal teat, don’t blame all Republicans. Blame the weak sisters and those voters who keep returning the spineless ones to Congress.

Your job, then, is to vote a straight Republican ticket, even if you need to hold your nose with one hand and the puke bag with the other. I don’t care how pathetic the Republican on your ballot is. Vote for that person. Even if you’re ambivalent about Republicans and feel a little queasy about some of them winning, I don’t see how you can be ambivalent about making sure Democrats lose. Lindsey “Balls of Steel” Graham said it best:

And speaking of Lindsey, maybe his fire is contagious. With Republicans holding a strong majority instead of a fragile one, maybe even those weak sisters and spineless wimps will turn into Lindsey Grahams and start pushing back hard against the Left’s war on America’s culture, economy, and national security.

I just heard Sebastian Gorka in on the Andrew Klavan show reminding people that what’s happened to Kavanaugh is not new. Whenever the Left is ascendant, it sinks to the politics of personal destruction. It did the same with Whittaker Chambers, accusing him of every vile thing the Leftist mind could dredge up, including driving his own brother to suicide. This is how the Left operates: give them an inch and they’ll take over the planet.

But what about California? In California, thanks to the open primary, which is basically just a pre-election followed by a run-off, there are no Republicans on the ballot for U.S. Senator. I thought I had a great idea telling people that, in the fight between Dianne Feinstein and Kevin de Leon, conservatives should write in Travis Allen’s name. It turns out, though, that they can’t.

When California passed its open primary law, it snuck in a little clause saying that, while write-ins were allowed during the primaries (the better to divide the non-Democrat votes, I guess), they were verbotten during the actual election. All write-ins will simply void the Senate vote.

To me, this rule should be unconstitutional. As the upcoming mid-term election shows, there is a vast chasm between June and November. When an entire party disgraces itself, as the Democrats did, it’s unconscionable that California voters nevertheless can vote only for that one party. Sadly, though, when an independent candidate sued to overturn this little law, a Clinton appointee dismissed his claim.

It’s time to relitigate the matter, but for now, the choice for disaffected California voters is between Feinstein or de Leon, whether we like it or not. Six months ago, I would have suggested voting for Feinstein over de Leon, because I categorized her as an old school Democrat, while he’s an avowed modern Leftist.

After Feinstein’s disgraceful, unprincipled, unethical, possibly impeachable conduct regarding the Kavanaugh hearing, however, it’s clear that she needs to be removed. She and de Leon are both hard Lefties, but over her 26 years in the Senate, Feinstein has amassed tremendous power. de Leon’s values are every bit as bad as hers but as a junior senator he can do less harm.

If I could give marching orders for this mid-term election to Americans horrified by the Leftist abyss into which they got a glimpse courtesy of the all-out war against Judge Kavanaugh, I would say this: “If your ballots offer a choice between a Democrat and a Republican candidate for Congress, always vote for the Republican. Democrats need to be removed from power. They can’t handle it. However, if you have a California situation in which your ballot offers only two Democrats, vote for the non-incumbent, who won’t have the incumbent’s power base.”