On abortion, I argue that Scott Adams, one of the smartest, most intellectually honest people in America, errs in thinking only women have a say. 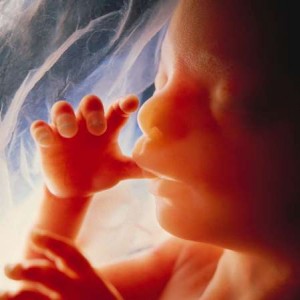 I want to preface this post by saying that I am a great admirer of Scott Adams, I think he’s completely intellectually honest, I believe his insights into persuasion are extraordinary, and I always feel enriched after I’ve listened to his explanations about persuasion. It’s just that, with abortion, I think he’s made a mistake by buying into the pro-abortion premise.

The reason I’m writing this post is because I was listening to Scott Adams’ podcast about the dishonest, unprincipled, and violent Leftist attack on the Covington kids. In it, Adams apologizes for his initial error in accepting the media myth as true and breaks down how the media and other Leftists lied about the incident. He also talks about the way the Left has succeeded in convincing its base that a red MAGA hat (“Make America Great Again”) is every bit as racist as a KKK hood or a Nazi swastika. Adams doesn’t agree with that persuasion success; he just notes it for what it is. He’s right in every particular.

Where Adams goes off the rails though (at least in my opinion) is with his claim that Covington boys had no business being at the Right to Life rally to begin with. Adams believes that the only people who can opine about abortion are women. I get where he’s coming from — in my pro-abortion days I came from that same intellectual place — but having had children has made me realize that this viewpoint is unsustainable because . . . Nature.

I need to back up here and say that I was less than thrilled when I got pregnant, even though it was a planned pregnancy. The road to getting pregnant was difficult and my pregnancy was worse. I turned out to be one of those women who suffer from hyperemesis gravidarum, which meant that I threw up non-stop, 24 hours a day, throughout both my pregnancies, from the first minute until, quite literally, the last. In addition, I damaged my tear ducts, herniated my discs, and swelled up like a balloon — and those are just the problems I can mention in polite company. I never felt beautiful, I never felt glowing, and I never felt like a “life giver.” At all times, I felt like a miserable, much put-upon incubator.

And it’s that last word — incubator — that sums up why women are not the only ones with a say in the matter when it comes to abortion: When it comes to perpetuating the human species, Nature has seen to it that women have two functions to men’s one: Both provide DNA, but the women are also incubators.

Being an incubator is not a morally elevated thing. It’s a tool that facilitates a process, with the process being bringing to fruition a life separate from the incubator. With chickens, if the incubator breaks down, the eggs within die — but no one would ever argue that incubator and egg, despite their interdependence are the same thing. One should not be able to make that argument with women either.

While women are inextricably intertwined with the incubation process (it was my body that suffered really fierce abuse because of the pregnancy), the life I was incubating was completely separate from my life. After nine and a half completely awful months, times two, two independent lives emerged from my incubation chamber. Because I have a healthy ego and identity, I can never confuse me for them or them for me. They borrowed my body (quite painfully) but were at all times extremely separate from it.

Moreover, when I see my children’s relationship with their father — how they look like him and his family members, how their personalities match his, and how fiercely they love each other — I cannot pretend that I had the only say. Sure, hypothetically, men can dump their sperm and walk away, but the reality is that humans offer something almost unique in the animal kingdom: Human fathers bond with their children and, through that bond, work to ensure their offsprings’ survival into adulthood. That relationship exists independently of the woman’s incubator function.

If women could self-impregnate and if children remained perpetually attached to the mother through an actual umbilical cord (as opposed to the emotional umbilical cord that only terrible relationships can sever), I might be able to buy into Adams’ belief that women alone should have a say in abortion. But that’s not the biological reality. Nature, cruelly or kindly, determined that women should give life, not just in the same way as men — that is, by providing half of the nascent life’s DNA — but also by providing a mechanical incubation function.

Let me say again what I said at the top of this post: That incubation function is not inherently moral. Nor does serving as an incubator give women some unique insight into the value of a human life. Just because Nature decreed that women’s bodies will be a vessel should not allow them, either morally or practically, to have the sole say in determining whether to kill a distinct and individual life that gets 50% of its DNA from a man. That decision is a moral one and all moral people, male and female, old and young, should have a say in it.