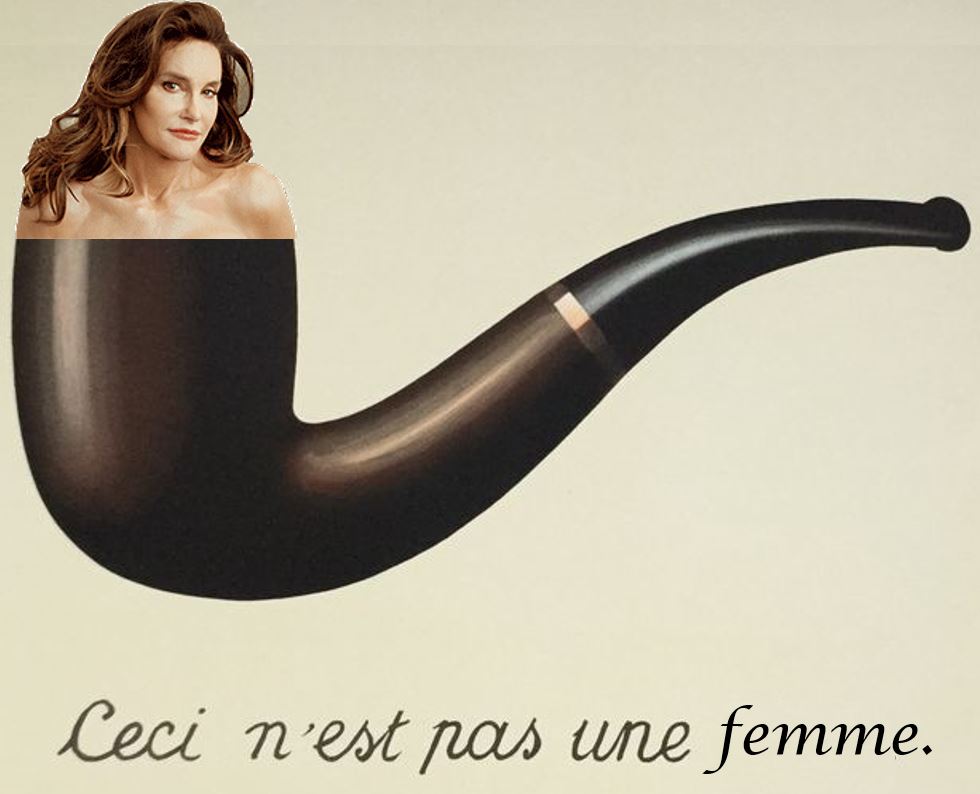 Lesbians are finally figuring out that men who claim to be women are in fact inherently hostile to real women, whether those women are straight or lesbian.

For the past twenty, maybe even thirty, years, I have been telling the following absolutely true story:

My sister has a friend — we’ll call her Abby Doe — who, while not exactly estranged from her parents, certainly wasn’t close to them. Some time after Abby’s mother died, she was in her home town, so she decided to visit her father.

When Abby arrived at the apartment building in which he lived, she was confused to see that the nameplate on the apartment’s front door bell, rather than saying “John Doe,” said “Jane Doe.” Still, this was the apartment in which her parents had lived and it was the same last name, so Abby rang the bell.

To Abby’s surprise, her father answered the door in full drag, complete with wig, make-up, nice dress, and platform shoes. He explained to her that he had always been a transvestite, something that he and his wife had kept secret from Abby.

Once his wife died, though, Abby’s father had started dressing in women’s clothes full-time. By doing so, he came to realize that he wasn’t a man at all. Instead, he was a woman trapped in a man’s body. After living with this concept for a while, Abby’s father had decided to take make it official: he was going to take hormones and have surgery. His first step was to change his name, hence the door bell information.

Abby is an open-minded woman so she considered her father’s lifestyle choice more amusing than shocking. Also, as I said, while she wasn’t estranged from her parents, she wasn’t close to them, so her father’s decision had no impact on her.

About a year later, a year during which she never spoke with her father, Abby once again found herself in her home town. Yet again, surprises awaited her.

Now, the door bell name tag had reverted to “John Doe,” rather than “Jane Doe.” Moreover, when Abby’s father answered the door, he was dressed in traditional male attire, which meant no make-up, no wig, no dress, and no fabulous shoes.

“It’s like this,” her father answered. “Even though I know I’m a woman, I’m still sexually attracted to women. That means I’m a lesbian. And I’ve learned that I have much more success as a lesbian if I look like a man.”

Again, the above is a true story that happened 20-30 years ago. The following is also true and comes from today’s news (and please note the language I emphasized):

A prominent lesbian lawyer who identifies as a ‘radical feminist’ has claimed that transgender activism and ideology is actually a ‘men’s rights movement’.

Dansky spoke specifically of her belief that the term ‘gender identity’ would cause women’s rights to ‘utterly disappear’.

WoLF sued the Obama administration in 2016 after it issued a recommendation stating that Title IX protected the rights of transgender students to use restrooms that match the gender they identify with.

Dansky claims this was an ‘unmitigated disaster’ for women and girls and would mean they ‘no longer exist as a coherent category worthy of civil rights protection’.

‘Title IX’s intention is specifically to protect women and girls in the educational arena,’ she said.

‘Feminists and other women fought very hard to get Title IX enacted into law in 1972. It’s specifically to protect women and girls.’

‘If sex is construed to mean “gender identity”, what that means is nearly all sex-segregated spaces – colleges, sports, dormitories – and women’s rights in general will utterly disappear,’ she claimed.

‘It is not possible to both enshrine gender identity in civil rights law and protect women and girls as a distinct legal category.’

Monday’s panel also featured Julia Beck, a lesbian who claimed she had been kicked off Baltimore’s LGBTQ commission for ‘stating biological facts’.

Beck was removed from the commission because she used male pronouns while referring to a transgender woman.

‘I got kicked off the Baltimore mayor’s LGBTQ commission – as the only lesbian – simply for stating biological facts,’ she said.

‘I was found guilty of “violence”. My crime? Using male pronouns to talk about a convicted male rapist who identifies as transgender and prefers female pronouns.’

Beck also hit out at the president of the Baltimore Transgender Alliance, a transgender woman that she repeatedly referred to as a ‘man’.

‘The man who led my inquisition also identifies as “transgender,”‘ she said mockingly.

‘He is the president of the Baltimore Transgender Alliance and claims to be a lesbian. I find that almost funny because everything he does makes life for women, girls, and lesbians worse.’ (Emphasis mine.)

Twenty or thirty years ago, we all understood that Abby’s dad was both mentally ill and, in his own peculiar way, both opportunistic and dishonest. At the time, all of us who heard the story, responded as Abby did: With compassion (and yes, a bit of humor). Her wasn’t making demands on us or society; he was just a sadly confused person trying to cope within the boundaries of his own mental issues.

In the last few years, however, the Left has been trying to integrate this sad mental illness and opportunism into the forefront of our politics and social institutions. It’s high time women push back.  I’m glad to see that thinking lesbians and feminists are tired of being exploited by a movement that has nothing to do with women and confers no benefits whatsoever on women, whether they are straight or lesbian.

I’m also delighted to see that lesbians are actually talking to conservatives, rather than fighting straw men. They will see that the majority of conservatives are live-and-let-live humanists who believe in the promise of the Constitution, but reject wholesale changes to our institutions that deny reality and that wage war on biology and the traditional values that spring from that biological reality.