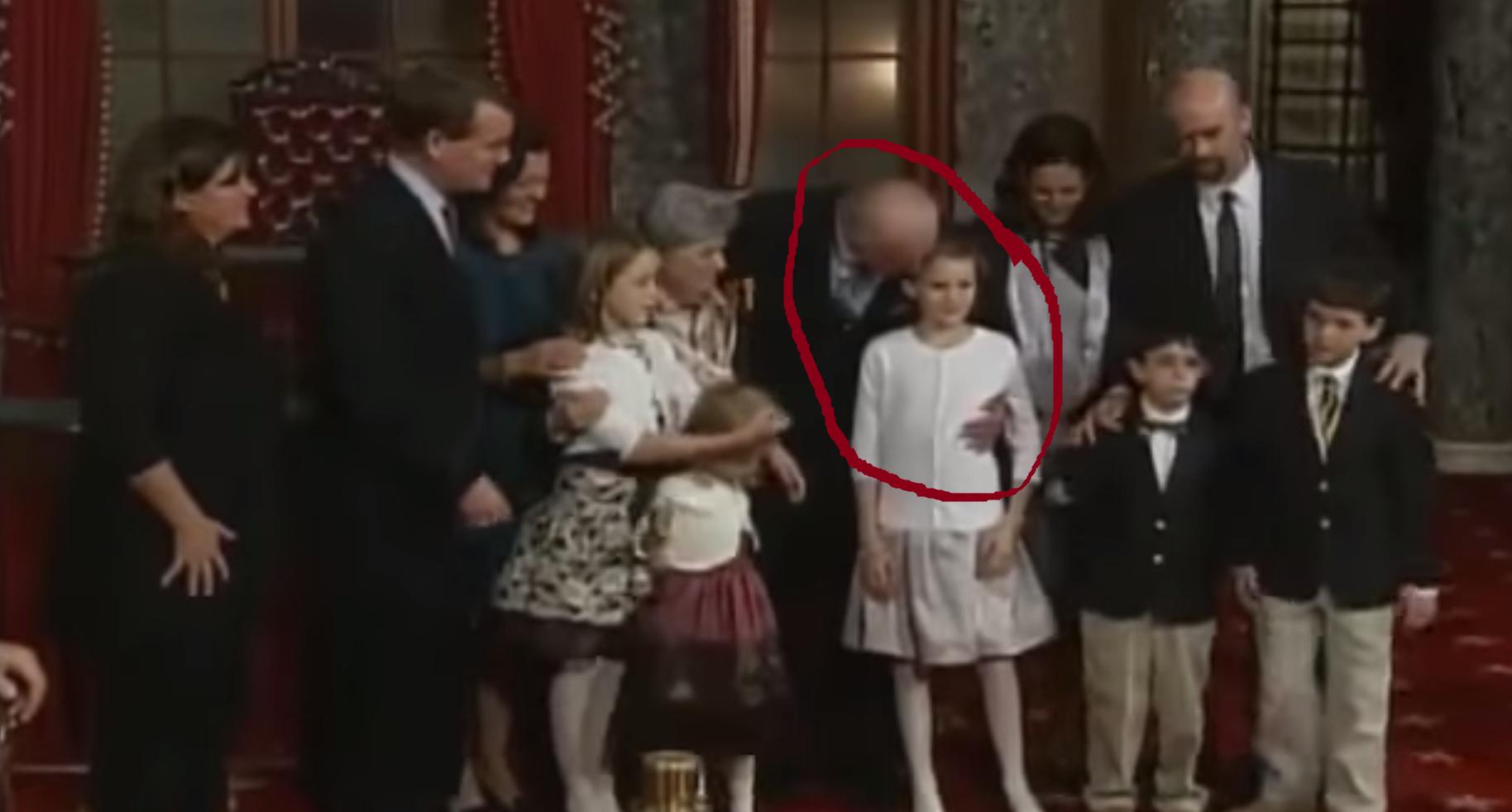 Conservatives who resent the Left’s making men toxic are erring when they speak out for Joe Biden. He’s a garden-variety creep and predator, and deserves to be taken down.

Now that the Left finally has its sights aimed at Joe Biden, I’m seeing a lot of conservatives, along with old-line Democrats, come to his defense. I get why: Years of watching the Left chip away at every cultural value, in true 1984 fashion, means that conservatives feel compelled to man the barricades hollering “Stop. Leave something of our culture.”

One of the important aspects of our culture, back in the days when “normal” meant something, was the fact that not every interaction between men and women was rape or sexual assault or harassment or toxic masculinity. One of the signs of normality was that, even though people were less sexually promiscuous than they are today, there was also a more natural ease of social intimacy.

What the Left is doing is not normal. Instead, it’s created a situation that’s like a fun house, reverse mirror image of the Muslim approach to sexuality. Muslims, rather than cultivating a normal balance of sex and sexuality, opted to label women as entirely toxic and then locked them in rooms or swathed them in burqas to protect men.

Leftists, by contrast, than cultivating a normal balance of sex and sexuality, first experimented with insisting that women could treat sex in exactly the same way as men; that is, as something that satisfies a purely physical itch without any intimacy. When that failed, because women do crave intimacy and meaning to an act that can produce a child that needs a father, the Left completely bypassed traditional Western sexual mores of flirtation, courtship, respect, and affection. Instead, it leapfrogged in the mirror image of Islam: It now declares that men are entirely toxic and seeks to swath them in social humiliation and criminal actions.

So yes, I get why conservatives are rallying to Biden’s defense. It’s a way of saying to the Left, “Stop with the crazy. Just stop!”

Except Joe Biden is the wrong person to get the benefit of that “Stop.”

After dinner comes Mr. Pelling the Potticary, whom I had sent for to dine with me, but he was engaged. After sitting an hour to talk we broke up, all leaving Pelling to talk with my wife, and I walked towards White Hall, but, being wearied, turned into St. Dunstan’s Church, where I heard an able sermon of the minister of the place; and stood by a pretty, modest maid, whom I did labour to take by the hand and the body; but she would not, but got further and further from me; and, at last, I could perceive her to take pins out of her pocket to prick me if I should touch her again — which seeing I did forbear, and was glad I did spy her design.

Of course, there’s a problem when the guy groping you is a powerful Senator or even the Vice-President of the United States. In that situation, the average woman is loath to say, “Get your hands off me, you masher.” Instead, the women take it.

This “suck it up, buttercup” attitude on the women’s part is not affected by the fact that Joe’s blatantly public with his groping. That is, I’ve read some people say that Biden can’t be doing anything wrong because, heck, he’s doing it in public, in front of the world. If it were wrong, Biden would never be so blatant.

That’s absolutely the wrong defense. First, Joe knows that his preeminence means that women are going to be even less likely to make a scene if the eyes of the world are upon them. They’ll doubt that they’re really being felt up because nobody, especially the Vice President, would feel them up in front of the world. This means that what he’s doing to them is a form of gaslighting, where he’s using a public forum to challenge the women’s reality.

Moreover, a lot of sexual predators get a real thrill out of acting out in public where they might get caught. Other’s get a thrill from sheer exhibitionism. It’s fun for these guys to flash someone, or push up against them on a bus, or, in Biden’s case, feel them up, with everyone watching, or at least the potential to have people watch.

Also, have you noticed how the current debate is only about Joe’s hands-on approach to women? Within that sphere maybe you can say he’s just a cuddly, huggy guy. But the real sickness in Biden’s behavior is the way he fondles little girls. What he’s doing is just wrong, wrong, wrong:

I certainly remember from my childhood the creepy “honorary uncle” whose hand would always slid up my butt when he hugged me. No, I’m not traumatized. No, I don’t have PTSD. No, I wouldn’t resurrect him from the grave so he could be prosecuted for sexual assault. But what that honorary uncle did was wrong. I knew it was wrong and avoided him when he came at me.

My Mom knew it was wrong too and, while she had no vocabulary to challenge him and did not feel socially confident enough to bar him from our house, she sure knew never to leave me or my sister alone with him. Copping a feel on a little girl is never appropriate no matter how “huggy” or “affectionate” or “cuddly” you are.

I’ve also seen people say Bad Touch Biden can’t be doing wrong because he’s fondling children right in front of their families. That’s no excuse. Please go back a few paragraphs to my point about (a) Joe’s status making him untouchable and (b) Joe’s sexual thrill doing creepy, nasty things like this in public.

I’m not arguing for Joe to be arrested or sent to prison. He hasn’t broken laws; he hasn’t destroyed lives. But he’s a creepy, inappropriate, entitled, sick, lecherous masher and he most certainly should not be elected to the office of president.

Lastly, for those who try to liken his conduct to Trump, no, just no. As the following excellent video shows, Trump was doing some locker room boasting in which he said (a) that he made the moves on a woman by buying her things but backed off when she rebuffed him and (b) that women let billionaires and other famous people get away with all sorts of things. If you listen to the video, you’ll note that Trump doesn’t say he grabs women (although one could say he implies that he does). He just talks about women and fame. In my mind, I’ve always had him making that “grab them by the pussy” statement and then, if he hadn’t been cut off, following it up by saying, “I know this because Bill Clinton told me so.”

Trump’s admittedly foolish boasting and even his affairs and peccadilloes are not the same as using his fame for decades to molest women and children in public. Trump is a playboy. Biden is a sicko. I don’t care that the Left is finally attacking him simply to clear the field for more viable political candidates. Biden was way too close to the Oval Office before and he shouldn’t get a second chance.