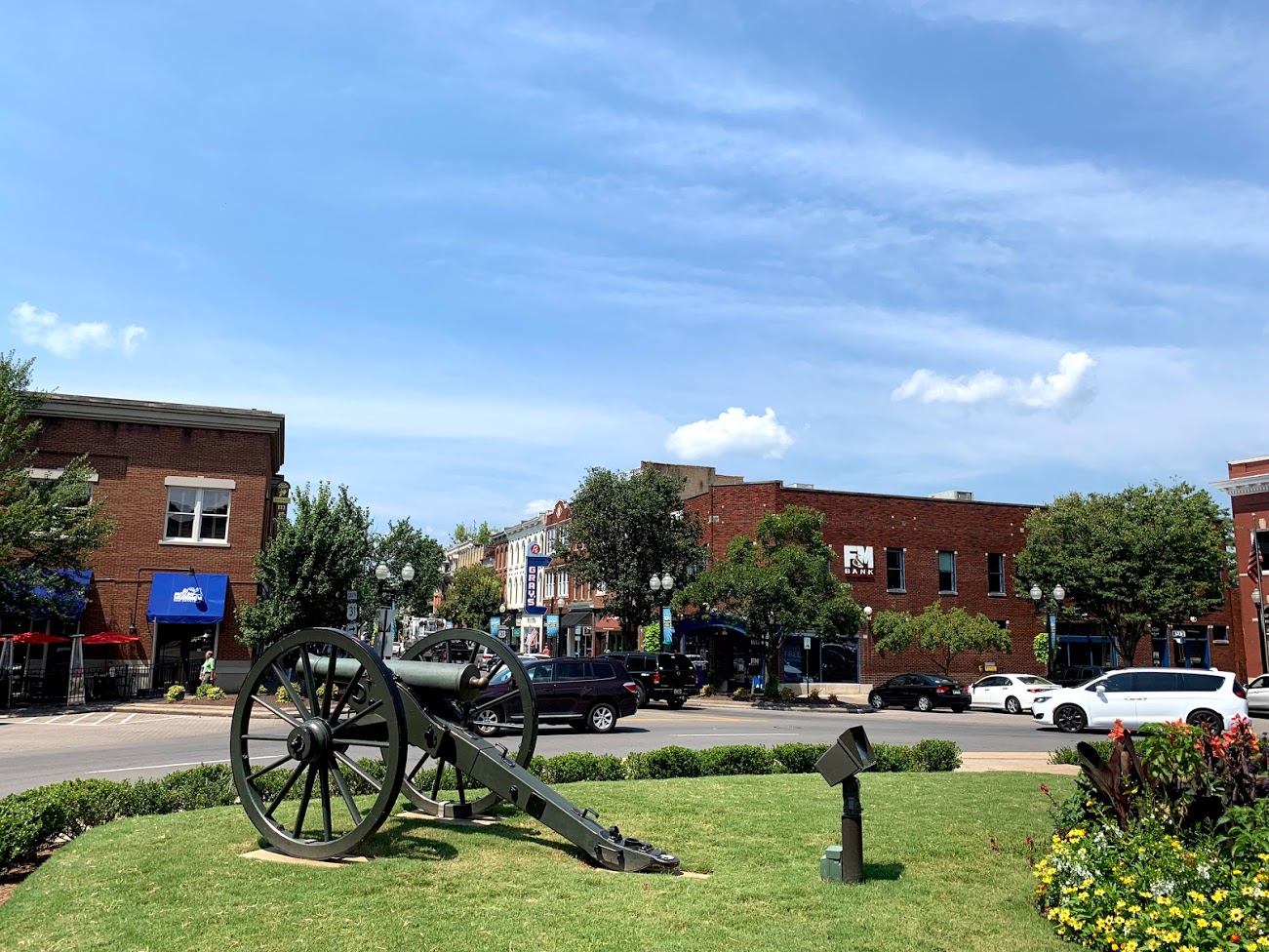 The U.S. is a magnificent country, but I seem to have been meant for the Southeast — plus, a few words about Trump and the Baltimore kerfuffle.

We spent exactly one week traversing the U.S. by the northern route (California to Nevada to Utah to Colorado to Kansas to Missouri to Arkansas to Tennessee). Every bit of the way ranged from magnificent to impressive to beautiful. I met with old friends and made new friends. It was in all ways a delightful trip but I have to confess that I’m very happy to be back in Tennessee.

Tennessee suits my aesthetic sensibilities. I like everything about it, from the strongly defined clouds in the sky (as opposed to the Bay Area’s amorphous puffs), to the lush greenery, to the rolling and mountainous terrain, to the well-maintained roads. All those blue staters who sneer at Tennessee as flyover or redneck country have no idea what they’re missing — and thank goodness they don’t, because they’d ruin it if they descended on the Tennessee like locusts. As it is, blue staters escaping the horrors they’ve wreaked on California and New York are busy branching out trying to destroy red states such as Texas and Florida — and they’ve already turned Colorado into a blue political madhouse.

Along the road, I’ve listened to a lot of podcasts, so I am fairly current on what’s going on politically. I love it that President Trump is finally reaching out to black voters by pointing out the obvious: their “representatives” are representative only in skin color. Otherwise, they have failed blacks living in truly dire circumstances in Democrat and black-Democrat run enclaves.

Trump’s bravery in stating the obvious, despite the “racist!” shrieks of the self-styled elite reminded me of something I’ve quoted here before. It’s from former Soviet dissident Natan Sharansky, in his book The Case For Democracy: The Power Of Freedom to Overcome Tyranny And Terror

In any place where dissent is banned, society fractures into three groups. One group is composed of those who remain committed to the prevailing order because they agree with it — the true believers. Another group is made up of those who are willing to defy the prevailing order despite the risk of punishment — the dissidents. For members of these two groups, there will be little or no gap between their private thoughts and public statements. Unlike true believers and dissidents, members of the third group do not say what they think. This group is comprised of people who no longer believe in the prevailing ideology, but who are afraid to accept the risks associated with dissent. They are the “doublethinkers.”

Doublethinkers live in constant tension from the gap between their thoughts and words. They always avoid saying what is not permitted but also try to avoid saying what they do not believe. But fear societies generally do not leave their doublethinkers such a luxury. They demand from their “cogs” constant expressions of loyalty. In kindergartens, schools, universities, workplaces, religious institutions, public meetings, and elsewhere, doublethinkers must parrot the ideology of the regime and hide their true beliefs. This constant self-censorship can be such an inseparable part of a doublethinker’s existence that it becomes so habitual that the tension between thoughts and words is almost no longer felt. Indeed, only when doublethinkers are free are they fully aware of the extent of their previous self-imposed intellectual servitude.  (pp. 43-46.)

It was in the context of the above observation that Natan Sharansky could not praise highly enough President Reagan’s calling out the Soviet Union as an “Evil Empire.” While the political caste was horrified, the doublethinkers got a much-needed reality check and the dissidents got a massive morale boost. It was incredibly powerful to hear the truth spoken As is often the case, the Bible got it right: “And ye shall know the truth, and the truth shall make you free.”

Some sane percentage of Baltimore’s residents must know that Trump did not — as media lies would have it — deny their humanity and was not calling them an infestation. They fully understand that he was in fact recognizing their humanity, acknowledging the squalor in which they’ve been trapped, and calling out the politicians who have created the corrupt, filthy, violent, and deadly hellhole in which they live.

Nor does Trump show any sign of backing down, bless him. As Evan Sayet says, he fights, and this is a genuinely important fight, for it defines an America of individuals free to make a better life for themselves versus a socialist America in which a corrupt political class and an abused governed class.

I’ll get back with more later. For now, I have several hundred emails that piled up over the last month of travel. For those of you who wrote me about meeting up, I assure you I have not forgotten your kind letters. I anticipate getting to all of them within the week.

Also, I’m working on a new project, for my move has made me think seriously about earning actual money from my political interests, rather than making just enough to pay my server costs. I’ll keep you posted about that too.