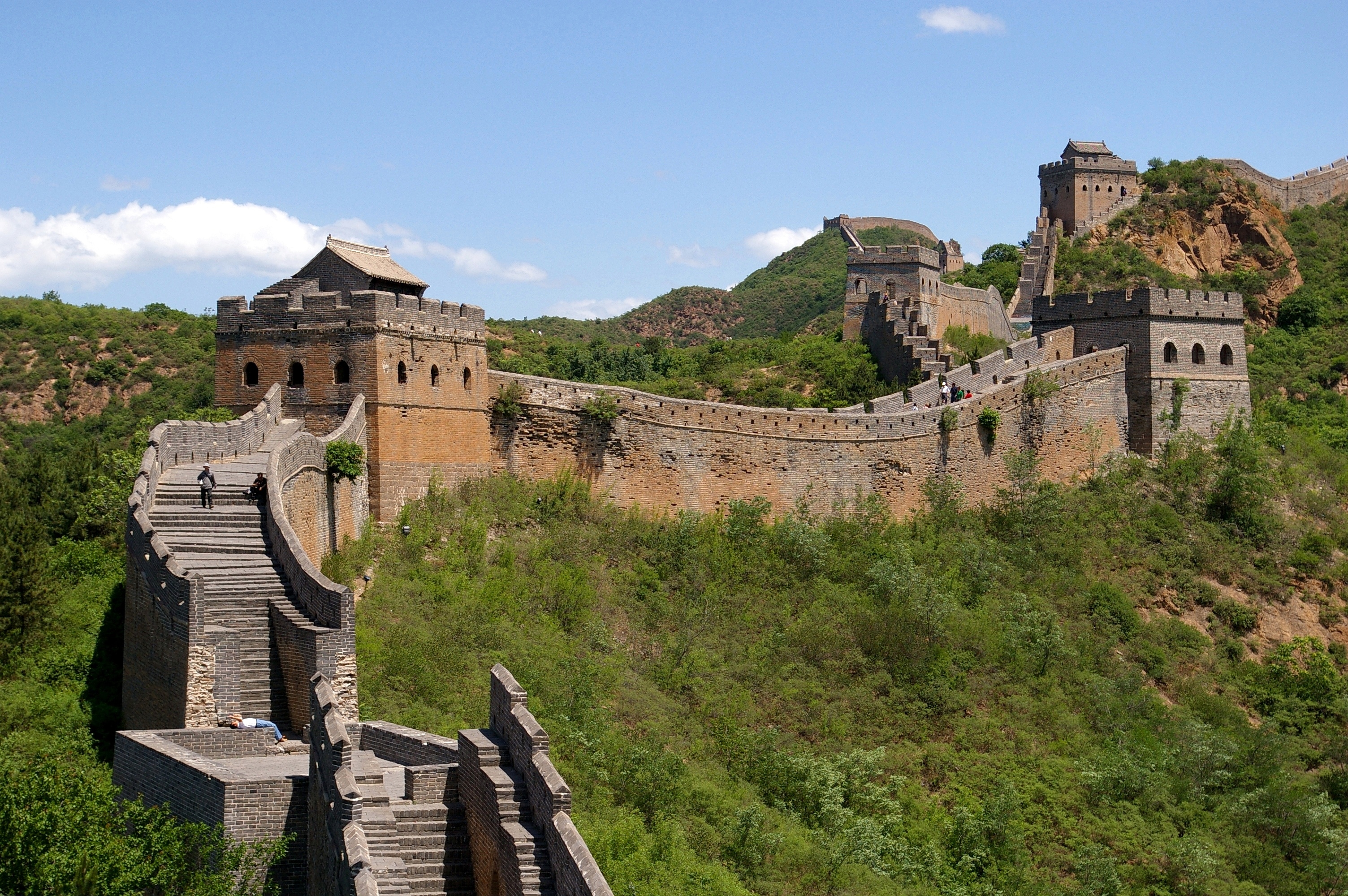 A fun, down-and-dirty post comparing China to the Aztec Empire and talking about the real economic difference between Red and Blue states.

Yes, China does have something in common with the Aztecs. One of the points I’ve been making for about a decade is that, contrary to what they teach in schools, 167 Spaniards (and their horses) did not destroy the mighty Aztec empire. What destroyed the mighty Aztec empire was that it had made a lot of enemies in the decades before the Spanish appeared. The Aztecs were indeed mighty warriors and mighty builders, skills they used to dominate completely every tribe for miles around — and by dominate I mean human sacrifice (in the tens of thousands), enslavement, and constant demands for tribute from those allowed to remain on their own lands.

When Cortez and his Conquistadors (and their horses, of course) came along, there’s no doubt that Montezuma II thought that they were gods and that it shook him. But what really made the difference when Cortez decided to take over the Aztec empire was the fact that all of those long-suffering regional tribes were thrilled finally to have a leader for their side. This means that what really destroyed Montezuma was Cortez, his Conquistadors, their horses, and several thousand other Native Americans all out for revenge.

What does this have to do with China?

This relates to China because China isn’t the just the purveyor of cheap goods to the world and, especially, to America. It’s also become a regional bully.

I first had an inkling of that a few years ago when I was touring through Vietnam, Cambodia, Laos, and Thailand. The people in those countries loath the Chinese. Chinese tourists descend on their countries like locusts. They are loud, rude, demanding, and destructive. They arrive in huge busloads and, lacking any respect for the countries they visit, literally destroy the historic sites they’ve come to view. They are the equivalent of the Europeans touring Egypt, Italy, and Greece back in the late 18th and early 19th centuries. They bring small amounts of money and large amounts of cheerfully acquisitive pillage and destruction. They have not made friends.

The Chinese also haven’t been making friends in the region with their little trick of building artificial islands to extend their reach into the South China Sea. That’s been an extremely sore point with countries along the Malayan peninsula (especially the Philippines), as well as with Japan.

In addition to regional activity, the Chinese have been offering ostensibly cheap money to all sorts of third world countries, only for those countries to discover that the Chinese somehow managed to end up owning their economies.  It was one of those things, like borrowing money from the neighborhood loan shark, that seemed like a good idea at the time.

Put another way, like the Aztecs, China’s been a bit of a bully. That’s why this story did not surprise me in the slightest:

President Trump got another big win on Sunday, as he announced that the U.S. and Japan had agreed “in principle” to a trade that will open Japan to $7 million of American agricultural products. Speaking to reporters at the G-7 summit, Trump stated, “We have been working on a deal with Japan for a long time. It involves agriculture. It involves e-commerce. It involves many things. We’ve agreed in principle.” Trump added, “We’ve agreed to every point, and now we’re papering it and we’ll be signing it at a formal ceremony,” according to The Hill.

China signaled Monday it is now seeking a “calm” end to its ongoing trade war with the U.S. and President Trump voiced optimism about a deal, as Asian markets crumbled and China’s currency plummeted to an 11-year low following the latest tariffs on $550 billion in Chinese goods announced last Friday by the Trump administration.

“I think we’re going to have a deal,” Trump told reporters.

Trump said Monday that officials from China called U.S. officials and expressed interest to “get back to the table,” The Wall Street Journal reported. He called the discussions a “very positive development.”

“They want to make a deal. That’s a great thing,” he said.

News of the possible opening in negotiations came shortly after Trump threatened to declare a national emergency that would result in American businesses freezing their relationships with China. Trump’s tariff barrage on Friday was a response to China imposing its own retaliatory tariffs on $75 billion in U.S. goods.

By the way, I grew up in San Francisco surrounded by Chinese people. I think Chinese has an amazing culture, with wonderful people, and an awesome and awe-inspiring history. I spent a lovely day in Beijing being overwhelmed by the Great Wall and the Forbidden City. I just don’t want Communist China to be the most powerful country in the world or to control East Asia. I don’t like communism . . . at all.

My usual point in response was that in California, while there’s certainly wealth concentrated in the Bay Area and Los Angeles, most of California is in fact an extremely poor state. In other words, I argued that Blue states may be creating wealth, but they’re also creating horrific wealth inequality.

Although my point’s correct, I was overthinking. After all, the thing about money, something that I taught my kids starting when they were in elementary school, is that it has no fixed value. It’s only worth the value assigned to it by willing buyers and sellers — and, of course, in Blue states, that value is hopelessly perverted by government interference in the marketplace.

Now that I’m in Tennessee, I’m reminded that real value lies, not in money itself, but in what you get for the money. In that regard, I’d like to quote from a timeless article published in 2015, although it only came to my attention yesterday:

One of the great conundrums of the American political scene is why the poorer states, colloquially known as “red” states, tend to vote Republican or conservative, while the richer states, the “blue” ones (and let it be said that this is very confusing for this European, for over here the colours tend to work the other way around, red is Labour, or left wing) tend to vote Democrat. We would think that it should be the other way around, the poor people voting for more from that Great Big Pinata which is government. But it seems that there’s a simple solution to this: the red states aren’t actually poorer in terms of the way people live.

Blue states, like California, New York and Illinois, whose economies turn on finance, trade and knowledge, are generally richer than red states. But red states, like Texas, Georgia and Utah, have done a better job over all of offering a higher standard of living relative to housing costs. That basic economic fact not only helps explain why the nation’s electoral map got so much redder in the November midterm elections, but also why America’s prosperity is in jeopardy.

Red state economies based on energy extraction, agriculture and suburban sprawl may have lower wages, higher poverty rates and lower levels of education on average than those of blue states — but their residents also benefit from much lower costs of living. For a middle-class person , the American dream of a big house with a backyard and a couple of cars is much more achievable in low-tax Arizona than in deep-blue Massachusetts. As Jed Kolko, chief economist of Trulia, recently noted, housing costs almost twice as much in deep-blue markets ($227 per square foot) than in red markets ($119).

That particular piece then goes on to chunter away about how appalling it is that people aren’t willing to vote for more blue state type of policies and how this will be the end of America. However, the really interesting part of it is that part quoted above. For it speaks to something that economists just keep trying to point out to people. Yes, sure, income inequality might be important in a way, wealth inequality should have a place in our thoughts. But what really matters to people about how life is lived is consumption.

If I’m on a fixed income (which you should assume I am, so donations to the blog are always welcome), I’m a much wealthier person in Tennessee than I am in California. Here in Tennessee, my apartment costs 1/5 of what it would in California, my gasoline costs 1/2 of what it would in California, and my utility bills are 1/3 what they are in California. Produce is more expensive here, but I can only eat so many apples. In addition, the roads throughout Tennessee are better maintained than those in California, the people are delightful, and Nature’s fecundity is glorious. I’m no longer living in an elite Blue community, but I feel I’m getting a lot of bang for my buck.

Where’s the podcast? I won’t do another podcast until September 1. It costs money to have an online service host podcasts, and I’ve already used up my month’s worth of hosting. If I want to do another podcast before August ends, I have to cough up more money to buy a bigger service and I’m not ready to do that.

What I’ll probably do once September starts, now that I’ve started to get a feel for this podcasting thing, is do a podcast every second day or so. Then, if I can get 20,000 listens per month (and that’s a lot of listens), I can get advertising going and, with that money, start buying more space for storing podcasts. I’ll also look into other ways to monetize the podcast. I do like talking and I’d sure love to make money doing something I like.

Image credit: The Great Wall at Jinshanling by Jakub Halun