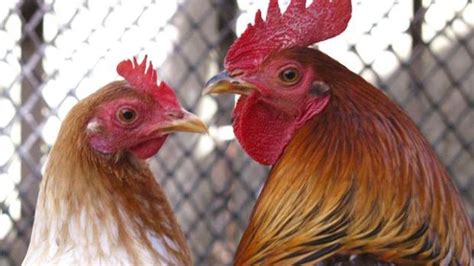 I’m not normally focused on or inspired by the thought of chicken sex, but a video out of Spain about roosters raping hens changed all that. 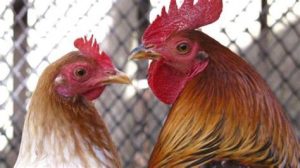 (If you prefer listening over reading, the companion podcast to this post is embedded below, or you can listen to it at Libsyn or at Apple podcasts. I’m trying to make a go of my podcasting so, if you like the podcasts, please share them with your friends and on social media. Giving my podcast good ratings helps too.)

A friend and I play a game. He sends me headlines and asks me to guess whether they’re real headlines about actual events or satirical headlines from sites such as the Babylon Bee. Showing both how crazy the Left has become and just how darn good the Babylon Bee is, I’m wrong at least half the time.

This post/podcast is about the most recent headline my friend showed me: “Vegan activists separate chickens from cockerels on Spanish farm ‘so the hens aren’t raped’ because they do not give ‘consent’ in video released by ‘anti-specist [sic], transfeminist’ group.”

According to the Daily Mail, a Catalanian Spanish-language vegan group called Almas Veganas (translated as Vegan Souls) released the video. But I do the group an injustice. It’s not just about veganism. Instead, its members are also “anti-speciesist” and “transfeminist.”

If you’re not in the know, anti-speciesist means that they believe humans are wrong to rank animals in a hierarchy, insisting instead that all animals, including humans, are created equal. To be transfeminist means believing that women’s liberation must encompass liberating transgender women (i.e., men who believe they’re women).

For those who can’t see the video, or who find the close captioning too small to read, it shows two female-ish looking people standing in front of a hen house, with each holding an egg. The first says, “The eggs belong to the hens.”

Both people then hurl the eggs to the ground, at which point several hens enthusiastically wander over to eat them.

The second person explains what just happened. “We gave them the eggs because they belong to them.”

And then we get to the nub of the video. The first person states, “In this case, the eggs are not inseminated. We separated the cocks because we didn’t want the hens to get raped, even though it is their nature.”

The second person adds the heart-rending coda to that statement. “Yes, because they suffer.”

The rest of the video is anti-climactic. Chicken calcium deficiencies don’t generate the prurient, yet sleazy, thrills of hen rape.

After watching the video, I struggled with a single question: How can you tell if a hen has consented to sex? I think the roosters are really going to have to step up their game.

And that’s where I drifted off into a fantasy, one in which politically-correct, enlightened, non-toxic male roosters take seriously sexual consent, with the inevitable result of happy hens. At this point, you’re going to have to listen to the podcast embedded below, beginning at 3 minutes and 40 seconds, to know just where my (admittedly unwholesome) imaginings took me.