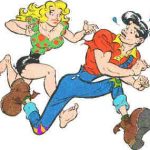 Sadie Hawkins Day  — Ladies, it’s time to grab you’re man and drag him to a dance.  This tradition dates to 1937 and the Lil’ Abner cartoons.

Feast of St. Homobonus, a 12th century Italian merchant who believed that God allowed him to thrive in business so that he might help people in poverty and need.  St. Homobonus is patron Saint of business people, tailors, shoemakers and cloth workers. 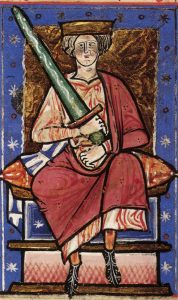 The history of England, from the first viking raid on Lindisfarne in 793 A.D. through the Norman Conquest of 1066 A.D., was defined by warfare between the Anglo-Saxons of England fighting against raids and invasions from the Vikings of Denmark, Sweden and Norway.  One such event came during the reign of King Æthelred II, more commonly known as Ethelred the Unready, who had inherited the Anglo-Saxon Kingdom in 978 A.D.  By 1002 A.D., Ethelred had had his fill of the Vikings and, on this day, gave orders for the St. Brice’s Day Massacre — in essence “find a Dane, kill a Dane.”  No quarter was to be given to any Dane found in the land of England.

This led to reprisal raids from the Vikings.  Sven Forkbeard of Denmark led a conquering army into England and drove out Ethelred in 1013.  Forkbeard’s reign was short, however, as he died in 1014.  Ethelred returned to the throne, but died himself early in 1016 A.D.  Ethelred’s son, Edmund Ironside, was defeated by Forkbeard’s son, Cnut, and died on Nov. 30, 1016.  Cnut the Great became King of all England.   It is all memorialized in one of the world’s greatest historical documents, the Anglo Saxon Chronicles.

When the First Continental Congress met in 1774, one of their efforts was to induce Canada into joining with the lower 13 colonies.  When that failed, the first offensive ordered by Congress was the conquest of Canada.  Two forces, one under the command of Benedict Arnold, a second under Richard Montgomery, advanced into Canada.  On this date in 1775, Gen. Montgomery entered Montreal unopposed as the British pulled back to Quebec to make a stand.

The Invasion of Canada ultimately failed.  It did so first and foremost because British reinforcements arrived in time to turn back the siege of Quebec.  Two, the colonial Army was unable to execute a long term siege because the soldiers were only on a one-year enlistment — our Founding Fathers being afraid of standing armies to a detrimental fault.  Three, the British sent small pox infected prostitutes into the American camp, significantly degrading the fighting strength of the Americans.

Ronald DeFeo, Jr. murdered his entire family on this day in 1974 at the family home in Amityville, Long Island.  He was eventually tried and convicted of second degree murder.  Three years later,  Jay Anson wrote a novel about the family that subsequently purchased the home, The Amityville Horror.  The book is based on the 28-day period during December 1975 and January 1976 when George and Kathy Lutz and their three children lived at the old Defoe home.  The Lutz family left the home, claiming it was cursed.  The book was adapted into a 1979 film that became the highest-grossing independent film of all time until then and spawned a franchise. 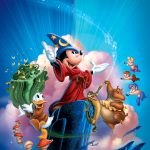 1947 – The Soviet Union completes development of the AK-47, a rifle that can fire full auto . . . and thus, in that configuration, is in fact an assault rifle.

2015 – A set of coordinated Islamic terror attacks in Paris, including multiple shootings, explosions, and a hostage crisis in the 10th and 11th arrondissements kill 130 people, seven attackers, and injured 368 others, with at least 80 critically wounded.  Afterwards, a lot of people light candles to virtue signal and claim that Islam had nothing to do with it.

354 – Augustine of Hippo, the most significant of the early Church Fathers.  His writings shaped the development of the Western Church for a millennium and are influential still today.

1732 – John Dickinson, an influential man at our Founding.  In 1768, his series of Letters From A Farmer galvanized colonial opposition to the Townshend Acts.  As part of the Continental Congress, he drafted the Olive Branch Petition to try and repair relations with Britain, and he drafted the Articles of Confederation.  But when it came time to sign the Declaration of Independence, Dickinson refused.  Resigning from Congress, he joined the militia, returning to state politics after the Revolution. 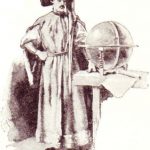 1460 – Prince Henry the Navigator, a Portuguese royal whose interest in maritime discovery and expansion is credited with starting an epoch in human history, the Age of Discovery.

1770 – George Greenville, a British politician who pushed to bring the American colonies under greater British control after the French and Indian War.  As Prime Minister, he was responsible for introducing the disastrous Stamp Act in the America in 1765.