A look at some of the history, holidays & observances on November 15 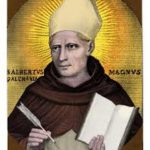 Feast of Albert the Great, a 13th century polymath who was a “scientist, philosopher, astrologer, theologian, spiritual writer, ecumenist, and diplomat,” all whilst being a prolific author who rose to the position of bishop in the Dominican Order.   One of the greatest scholars of the Middle Ages, he is today remembered as one of the thirty-six “doctors of the Church,” an honor given to those Saints whose philosophical compositions have significantly advanced theological understanding and Church doctrine. 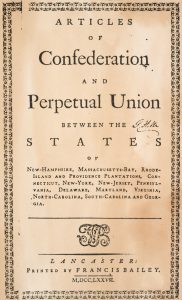 When the colonies first called a Congress in 1775, they were thirteen disparate groups with no history of cooperation between them.  Indeed, often it was the opposite.  They faced unimaginable problems as they tried to join together.  They had to build the bureaucracy of government, create a government framework from scratch, and create and supply a national military force, all while facing the world’s only superpower in war.  On June 12, 1776, the colonial representatives gave the task of drafting a constitutional document to a committee chaired by John Dickinson.  One month later, Dickinson provided the Congress  the Articles of Confederation.  Debate immediately began on the provisions and it was so contentious that, inclusive of interruptions caused by advancing British troops, it took another 18 months to finally agree on a final draft.  That draft was released on this date in 1777 for consideration and ratification by the states.   It would be another four years before the last of the thirteen states, Maryland, ratified the Articles.

The terms of the Articles of Confederation reflected the fact that the colonists in 1776 were not united as “Americans,” but rather saw themselves still as citizens of their respective colonies, forced by extreme necessity into a union “for their common defense,” but that notwithstanding, they wanted to retain as much of their respective state’s autonomy as possible.  Thus, the Articles created a weak central government of limited powers.  The central government had no authority to tax, there was no independent executive with the “police power” to enforce the laws,  and voting was by state with each state having a single vote.

On a final note, it is ironic indeed that the man most responsible for drafting the Articles of Confederation, John Dickinson, an ardent Patriot, had no desire to fully break away from Britain.  Even as he chaired the Committee in Congress drafting the Articles, Dickinson envisioned that, after the War, America would return to the British fold, with the clock turned back to circa 1760, the period of Britain’s “salutary neglect” of its American colonies.  He was hardly unique in that sentiment — one that was not overcome in the Continental Congress until July 2, 1776.  A man of principal, he refused to sign the Declaration of Independence that marked a complete break with Britain.  Instead, he resigned from Congress and took a commission in the Pennsylvania Militia to fight in the war.  He returned to Congress in 1787 to take part in the Constitutional Convention.

The March to the Sea was a scorched earth campaign executed by Union General William Tecumseh Sherman along a 300 mile route from Atlanta, located in north central Georgia, to Savannah, Georgia’s major port city.  Sherman, in command of three Armies totalling almost 100,000 men, attacked into Georgia in September.  By November, he had set Atlanta to the torch and proposed marching from there to Savanah, destroying all infrastructure and agriculture along the route.  It was total war aimed every bit as much at breaking the will of Georgians to fight as it was aimed at interdicting Confederate ability to resupply itself.  It was hardly an innovative tactic in the history of warfare, but it was both effective and quite controversial at the time.

Beginning the march on this day, Sherman concluded the march on Dec. 21 with his armies occupying Savannah, Georgia.  Sherman immediately wired President Lincoln, offering him Savannah as a “Christmas present.”  The press trumpeted Sherman’s success, which stood in contrast to General Grant, overall commander of Union Forces, who was, at that moment, making little progress in his own engagement against the Confederate General, Robert E. Lee.   Some in Congress moved to promote Sherman and have him replace Gen. Grant.  Sherman, wholly loyal to his friend and mentor, Ulysses S. Grant, flatly refused, memorably stating “General Grant is a great general. I know him well. He stood by me when I was crazy, and I stood by him when he was drunk; and now, sir, we stand by each other always.”

1791 – The first U.S. Catholic college, Georgetown University, opens its doors.  Though America of 1791 was the most religiously tolerant and pluralistic nation in the world, of all the major Christian sects, Catholicism was the only one subject to legal disability in the colonies, even at this late date.  It would be several more decades before all of those disabilities were lifted from the Catholic faith throughout the United States.  Hatred of the “popish”ran deep in British tradition.

1959 – The murders of the Clutter Family in Holcomb, Kansas were discovered, inspiring Truman Capote’s non-fiction book In Cold Blood. 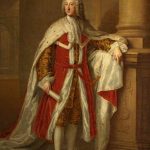 1708 – William Pitt,the Elder, a common man of no title who rose through a class-centric 18th century British society to the position of Prime Minister.  A champion of British liberty and civil rights for American colonists, Pitt was a hero to Americans.  An amazing speaker who could speak eloquently and extemporaneously at great length, his 1766 speech against the Stamp Act in America is part of the cannon of our American history.

1891 – Erwin Rommel, Nazi Germany’s finest battlefield tactician and the military theorist who revolutionized modern warfare when he created the blitzkrieg.

165 B.C. – Mattathias, a leader of the successful Jewish rebellion against the Greek Helenization of Judaism, his story is memorialized in the Bible at Maccabees.  Mattathias is remembered in Jewish prayers and traditions at Hanukkah.