I saw Frozen II the other day with one of my Little Bookworms. She adored it, because she loved the animation (especially the costume design and the music).

Kyle Smith, who writes interesting movie reviews at National Review, thought it was a boring movie with bad music, and therefore quite a comedown from the original Frozen, which was an imaginative movie with terrific music. He also noted in a separate post that it’s a radical Left musical and, to support this point, links to a Slate article which does indeed identify Frozen II as a completely woke, radical movie on the subject of colonialism and reparations. (Warning: The Slate article is full of spoilers.)

I agree and disagree with each of those takes on the movie. This is my take, which has some spoilers, although I’ll try to give you fair warning before I move beyond obvious movie review content.

First, the good parts. My Little Bookworm is correct that the animation is completely dazzling, although no more dazzling than in the original Frozen. I’m not certain whether there’s much further to go with computer animation that still looks cartoony (as opposed to computer animation that perfectly mimics reality and is quite frightening when you think about the implications). From the Norwegian-looking Arendelle in which the movie begins, to an enchanted forest, to the scenes of magical ice and snow that Queen Elsa inevitably creates, every shot is breathtaking.

My Little Bookworm was also right about the costumes. Sadly, there aren’t that many costume changes, but the costumes that the characters — especially Elsa and her sister, Princess Anna — do wear are elegant, sparkling, flattering, and the kind of stuff every little girl (and, I’m sure, every boy who thinks he’s a girl) dreams of wearing. The details are incredible, with stitching, line, and accessories that could easily grace a good Paris catwalk. And by good, I don’t mean this: 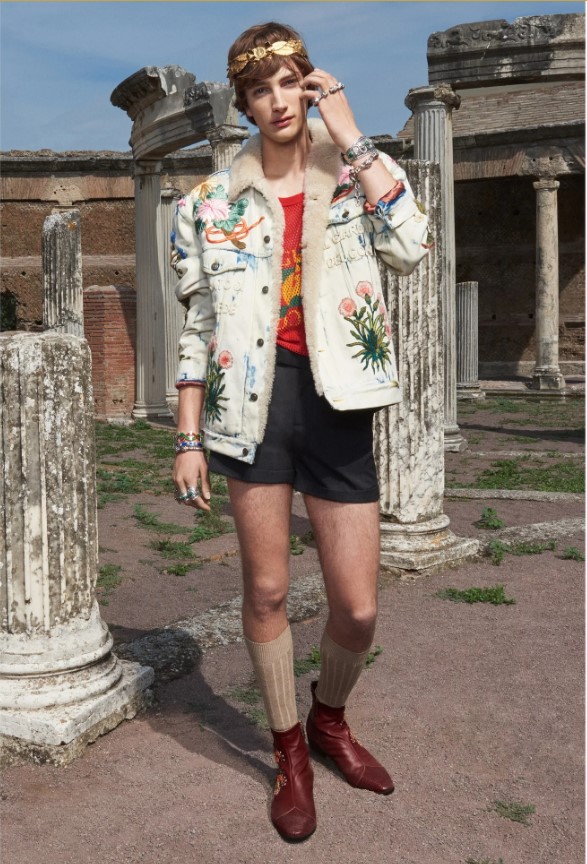 The music? Ah. That’s a hard one. When I go to a Disney princess movie, even in the 21st century, I expect something akin to the traditional American songbook: A-B-A-B or A-A-B-B- rhyme schemes, verse-chorus-verse-chorus pattern, and a snappy or sweet melody. Sure, Let It Go didn’t quite follow that pattern, but the average little girl could still sing it, even if badly. Going back a little further in time, everyone can sing A Dream Is A Wish Your Heart Makes and Supercalifragilisticexpialidocious, but only real singers can replicate any of the songs in Frozen II. This distinguishes Frozen II from Moana, the most recent Disney princess music, which had some truly lyrical songs, plus a cute rap.

Frozen II, however, is not your typical Disney musical. Instead, it’s what I call a “pop opera.” Unlike a real opera, it’s not entirely sung (or chanted). However, like a real opera, the songs are musically complicated and are not tied to the traditional American popular meter and rhyme pattern. The big showstopper, Elsa’s Into the Unknown, is a tour de force for Idina Menzel’s yodeling vocal range, but it’s not a user-friendly Disney song.

I went into the theater expecting a Disney musical, so it was hard for me to switch into “modern Broadway musical” mode. I wanted to come out humming a happy tune . . . and I didn’t. I came out having heard some decent, but unexciting pop tunes and a couple of yodeling songs for diva singers.

Having said that, my Little Bookworm, whose ear is both better and more sophisticated than mine, found the music beautiful, although she too agreed that it’s more Broadway than Disney. Once upon a time, Disney music went from the movies to the Broadway stage. Now, it’s the other way around: the songs are essentially written for the Broadway stage, but first appear in a movie.

But what about the plot? In this, I side firmly with Kyle Smith: The plot is boring. I also side with Slate in that the movie was very politically correct.

Slate also correctly identifies one of the PC themes running through the movie: colonialism and reparations. As you can imagine, it’s the two heroines, Elsa and Anna, who have the evil colonialist tie and who must make reparations. But that’s not where the oozing political correctness in the movie stops.

In keeping with a trend in Hollywood hit movies, Frozen II is yet another feminist anthem movie from Hollywood. Sure, Anna has her boyfriend Kristoff, but the running, and not funny shtick, is that he’s an incoherent boob and that Anna invariably leaps to the wrong conclusions when she hears him. It’s Abbott and Costello, except without the humor.

The main story line is that the two sisters save the world, with Kristoff and other men in the movie functioning only as marginal figures who occasionally move the plot forward. Kristoff, as noted, is also played for laughs, but not very good ones. The only real exception to Kristoff’s placeholder role is his one song, which is a very funnily-produced pop song.

In other words, as with every other Hollywood movie of late, rather than being truly modern by giving boys and girls an equal role in the excitement, the movie attempts to compensates for old ideas about women in supporting roles by putting someone who ought to be a male lead firmly in his supporting place. One gets the feeling that the filmmakers know nothing about marvelous women’s roles in movies such as Gone With The Wind, His Girl Friday, and anything with Katherine Hepburn or Bette Davis, etc. Instead, all they ever seem to have watched is cheesy Western TV shows from the 1950s.

For me, though, the worst politically correct element in the movie is its Gaia worship. This is a purely pagan movie, bowing down reverently before the forces of Nature. The whole plot is about humans wrongly trying to control nature and then being taught that they must be subordinate to it.

To me, this is anathema. I believe that humans are stewards for the natural world. We have an obligation to respect it and preserve it for future generations. But if we’re to move beyond being mere upright apes, and don’t wish to return to a Stone Age existence, it is we who must ride herd on nature.

It is we humans who have painfully learned over millennia how to control water, to grow healthy and abundant foods in ways nature never intended, to bring light to the night, to defeat (or push back against) disease, to move quickly and easily across the earth, and to do all the other things that allow us safe, comfortable, and long lives. I don’t want to go back to the Stone Age and I resent a movie that pushes such a notion onto children.

Frozen II, on the other hand, is the ultimate Green Nude Eel fantasy, right down to the fantasists’ belief that magic will somehow appear and offset the problems that nature presents to humans who have voluntarily abandoned all progress. It’s a pagan, Gaia-ist, anti-modern, anti-human movie, right down to the fact (serious spoiler alert here) that Elsa is, in fact, a nature goddess, not a human.

Josh Gad, as Olaf the snowman, is as charming as he was in the first movie. Gad’s voice is delightful, his timing perfect, and his character better written than the others in the movie. He’s even given a song that’s meant to be a reprise of the incredibly funny In Summer, but it’s not. His new song, When I’m Older, is cute, but it’s not very clever and not very funny.

My final verdict is that this is an extremely beautiful movie with a politically driven plot, un-sing-able songs, boring characters, thin jokes, and a grim feeling that is not offset by the inevitable happy ending.