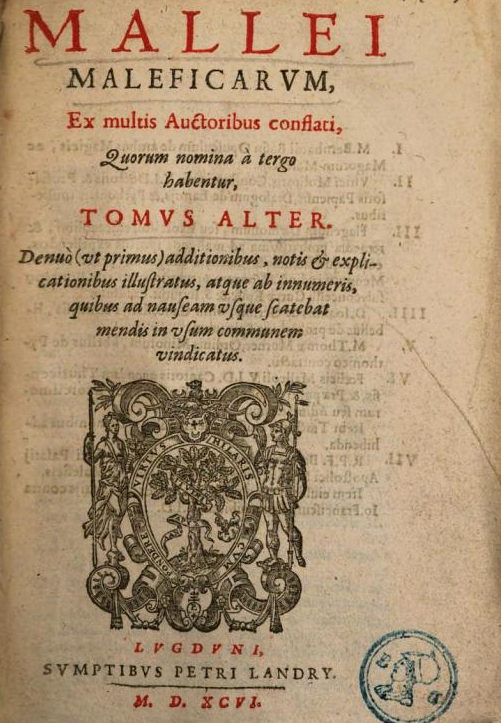 Feast of St. Crispina, an African noble woman and mother who adopted Christianity and was executed in 304 A.D. for refusing to make offerings to the Roman gods during the Diocletian Persecutions.  St. Augustine of Hippo, a contemporary of Crispina, mentioned her prominently thereafter in many of his sermons, stating in his Sermon on Psalm 120:

The persecutors turned their rage against Crispina, whose birthday we celebrate today. They unleashed their savagery against a rich woman delicately nurtured; but she was strong, because the Lord was for her a better defense than the hand of her right hand, and He was guarding her. Is there anyone in Africa who does not know about these events, brothers and sisters? Scarcely, for she was extremely famous, of noble stock and very wealthy.

Feast of St. Nicetius a 6th century Bishop of Trier.  He was appointed to the post in the chaotic time at the end of the period known as the Migrations in Europe (see map below), where waves of peoples from the East inundated and invaded the Western Roman Empire, ending ultimately in its fall.  Trier had suffered significantly during the Migration and Nicetius set about to rebuild both the Cathedral and the morality of the people.  A zealous and principled man, he publicly condemned immorality wherever he saw it, including in the acts of King, Clothar I, whom Nicetius disregarding threats, excommunicated for his misdeeds.  As Bishop, Nicetius was involved in Church governance and the development of doctrine, taking part in several Synods of the Church, including the Synod of Tool where he presided.  Several of his letters and works are still extant today. 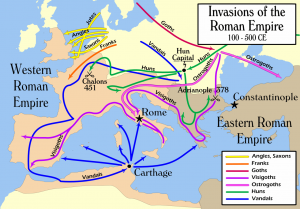 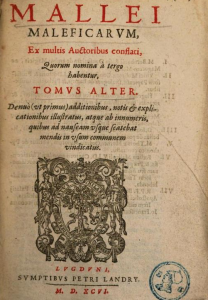 In the first thirteen centuries of Christianity, charges of witchcraft were dealt with by excommunication until the “witch” or “sorcerer” repented.  That changed late in the 15th century, and it became bloody and barbaric during the period of the Religious Wars following the Reformation.

On this date in 1484, Pope Innocent VIII issued the Summis Desiderantes Affectibus, a papal bull stating that:

Many persons of both sexes, unmindful of their own salvation and straying from the Catholic Faith, have abandoned themselves to devils, incubi and succubi, and by their incantations, spells, conjurations, and other accursed charms and crafts, enormities and horrid offences, have slain infants yet in the mother’s womb, as also the offspring of cattle, have blasted the produce of the earth, the grapes of the vine, the fruits of the trees, nay, men and women, beasts of burthen, herd-beasts, as well as animals of other kinds, vineyards, orchards, meadows, pasture-land, corn, wheat, and all other cereals; these wretches furthermore afflict and torment men and women, beasts of burthen, herd-beasts, as well as animals of other kinds, with terrible and piteous pains and sore diseases, both internal and external; they hinder men from performing the sexual act and women from conceiving, …they blasphemously renounce that Faith which is theirs by the Sacrament of Baptism, and at the instigation of the Enemy of Mankind they do not shrink from committing and perpetrating the foulest abominations and filthiest excesses to the deadly peril of their own souls, . . . the abominations and enormities in question remain unpunished not without open danger to the souls of many and peril of eternal damnation.

Further in the bull, the Pope deputized  Heinrich Kramer and Jacob Sprenger as inquisitors to root out witchcraft.  It does not seem likely that the Pope realized the hell he had just unleashed on the Christian world.  Three years later, Kramer published a manual for witch hunters, the Maleus Maleficarum (The Hammer of Witches) in which Kramer, probably demented and evidence suggests, a sexual deviant, sensationalized witchcraft as a worse crime than heresy – for which the penalty was death by fire – and displayed a palpable animus against women.  Kramer recommended torture to obtain confessions and the death penalty as the only sure remedy for witchcraft.

The Church leaders of Cologne condemned the book for being unethical and recommending illegal procedures.  Three years after it was released, the Papacy likewise condemned it and it was never made a part of the Church’s inquisitorial process.  But this was a time when the printing press had just been invented.  The best selling book for the next two centuries would be the Bible, the second best would be the Maleus Maleficarum.  It was a manual used by secular courts as the witch craze took hold, and seemingly influential in the Protestant world as well, where the leader of the Anglican Church, King James I, published his own book on Demonology.

For the three centuries succeeding Pope Innocent VIII’s papal bull, the witch craze ran wild throughout Europe.  “Modern scholarly estimates place the total number of executions for witchcraft in the 300-year period of European witch-hunts in the five digits, mostly at roughly between 40,000 and 60,00, but some estimate there were 200,000 to 500,000 executed for witchcraft, and others estimated 1,000,000 or more.”  And of course we in America had our own witch trials, with the Salem Witch Trial being among the last and clearly most famous.

While execution for witchcraft died out with the Enlightenment, Islam is still mired in medieval aspects of its religion, and one still finds people being executed in Muslim countries of the Middle East for practicing witchcraft.

Soon after the first shots of the Revolution were fired at Lexington and Concord, Benedict Arnold had suggested an attack to capture Fort Ticonderoga, strategically located on Lake Champlain.  On May 9, 1775, Arnold and Ethan Allen surprised the British soldiers garrisoning the Fort and captured it with few shots fired. Inside the fort were numerous cannon and mortars.

After the battle of Bunker Hill (fought on Breed’s Hill), the New England militia forces, later designated the Continental Army, had British forces under General Howe significantly outnumbered and trapped in Boston.  But the colonists outside of Boston had their own problem.  They had no cannon with which to force the siege.  Henry Knox, then 25 yr. and recently commissioned as a Colonel, suggested to General Washington that Congress fund an expedition for Knox to travel to Ticonderoga and bring back the cannon stored there.  It was a distance of over 200 miles away through heavily wooded and difficult terrain.  Washington concurred.

Knox departed Cambridge on November 17, and arrived at Fort Ticonderoga on this date in 1775 with men to build transport for the cannon and oxen to haul them over the frozen terrain and across frozen lakes,  Knox prepared to transport 59 artillery pieces weighing 60 tons in what became known as the noble train of artillery.    It was an incredible feat of organization.  By the end of January, he had arrived in Cambridge with the artillery in tow.  The British days in Boston were numbered. 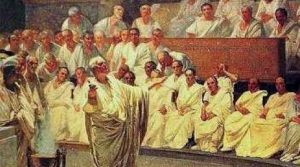 63 BC – Cicero, a Roman lawyer and politician famous as an orator, gave on this date the fourth and final of the Catiline Orations, his most famous speeches given to raise alarm about an incipient plot to overthrow the Roman government.

633 – Fourth Council of Toledo, under the leadership of the Bishop of Seville, Isidore, the “last scholar of the ancient world,” regulated many matters of discipline and decreed uniformity of liturgy throughout the kingdom.

1408 – Emir Edigu led the Golden Horde into Moscow to force the duke to admit Mongol supremacy and submit to taxes as a conquered people. It was the last triumph for the Golden Horde, a remnant of one of the largest continuous empires the world has ever seen.

1492 – Christopher Columbus sailed the ocean blue . . . and on this date, becomes the first European to set foot on the island where he established the colony of Hispaniola (now Haiti and the Dominican Republic).

1848 – In a message to the United States Congress, U.S. President James K. Polk confirms that large amounts of gold had been discovered in California.  The California Gold Rush was already in full swing.

1830 – Christina Rossetti, the most popular female English poet of the second half of the 19th century, wrote verse and children’s rhymes.  Her most famous poem was Goblin Market, and two of her poems were put to music.  They are today popular Christmas carols, In the Bleak Midwinter and Love Came Down at Christmas.

1839 – George Armstrong Custer, a gifted and aggressive cavalry commander who became the youngest general in the U.S. Army at 23.  His most famous exploit took place at a critical moment during the Battle of Gettysburg when, outnumbered, he defeated J. E. B. Stuart‘s cavalry as they tried to maneuver onto the flank of the Union Army.   Custer’s worst defeat would be the equal in infamy, his loss at Little Big Horn during the Indian Wars. 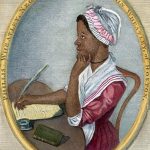 1784 – Phillis Wheatley, became, in 1773, the first black woman to publish a book of poetry in the colonies.  She was a slave in Boston at the time.  Her owners gave her an education and, when they saw her skill, encouraged her to write.  She tragically passed away at 31.

1791 – Wolfgang Amadeus Mozart, a famous composer of classical music who, before he died at age 35, had composed over 600 works.  The video below is of Piano Concerto No. 27 in B-flat major, one of his last works composed in 1791.

1870 – Alexandre Dumas, French playwright and author of several famous works, including The Three Musketeers and The Count of Monte Cristo.  He died at 40. 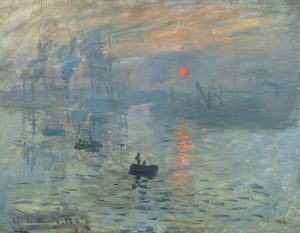 Toyland is a song drawn from the 1903 operetta, Babes In Toyland.