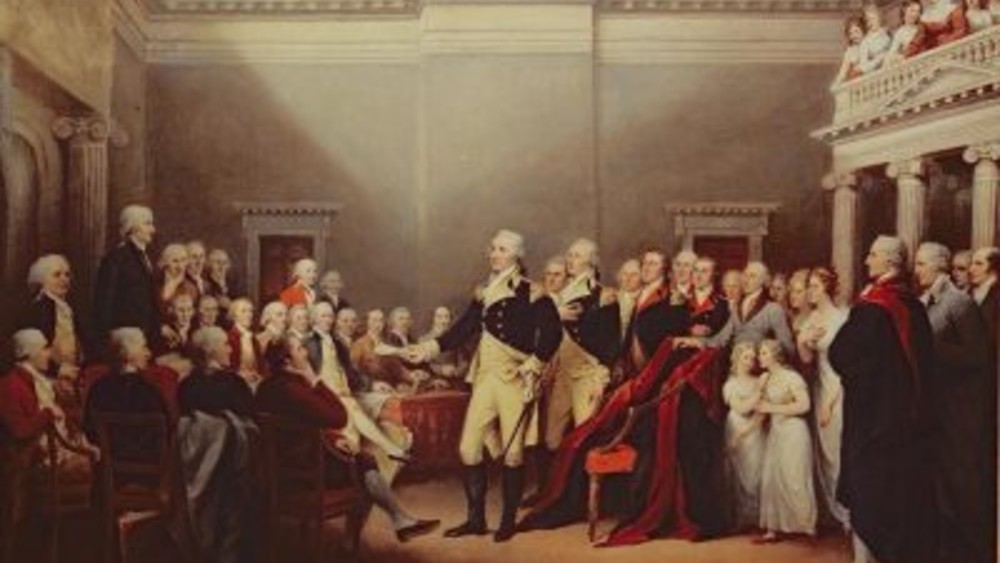 Holidays and Observances on December 23

The Great O’s – The last of the “Great O’s” of Advent, (see explanation on Dec. 17) celebrated today is O Emmanuel (O With Us is God)

O Emmanuel, our king and our lawgiver,
the hope of the nations and their Saviour:
Come and save us, O Lord our God.

“Therefore the Lord himself will give you a sign. Look, the young woman is with child and shall bear a son, and shall name him Immanuel.” Isaiah 7:14

(Emmanuel means “God is with us”).

Major Events on on December 23

1783 – George Washington resigns as commander-in-chief of the Continental Army at the Maryland State House in Annapolis, Maryland.

When George Washington resigned his military commission and retired to private life, it may not seem that important seen from today, but at the time, it was a pivotal event in history. Many in the colonies and Europe expected him to seize power. Based on history, that was a reasonable prognostication.

One of the truisms of history, from the era of Rome to the then-modern era, was that a revolutionary’s military leader inevitably retained power in its aftermath. For but one example, the year 1783, when the Continental Army finally achieved victory over the British, was little more than a century removed from the year 1653, when Oliver Cromwell and his New Model Army took power in England and established a military dictatorship in the aftermath of England’s Civil War.

Thus the British and the colonists were afraid of standing armies. Forty years after Cromwell, when the English drove King James II out of England, they listed as one of their justifications that James II had subverted the law of the land “by raising and keeping a standing army within this kingdom in time of peace without consent of Parliament . . .” As a precondition to accepting the throne of England, William and Mary had to sign the 1689 Bill of Rights, agreeing not to so transgress in the future.

Aside from Washington himself, the one famous historical example of a great military leader at the head of an army who voluntarily relinquished his command rather than taking power was Cincinnatus, a roman soldier and statesman who had retired from public life to a life of farming. But when Rome was attacked and the situation was dire in about 450 B.C., the Republic offered to make Cincinnatus a dictator and give him command of the military to meet the threat. Coming out of retirement, Cincinnatus led Rome to victory, then resigned his command and his political power to return to life as a farmer. With that act, Cincinnatus passed into legend as a figure of the highest civic virtue.

With Cincinnatus as a lone example of a military leader who eschewed dictatorship, our Founding Fathers were deathly afraid of a standing army, regardless of who commanded it. When the Revolution first began, they provided only a maximum of one year enlistments in the army, something that caused huge problems with turnover and professionalism. They changed the policy after near disasters in 1776, but they did so only with great apprehension. You can see the remnants of their fear written into the Constitution, at Article I, Section 8, Clause 12, which holds that Congress must reauthorize funding for any army every two years.

And the Founders were right to be worried. The soldiers of the Continental army rebelled on several occasions because of lack of pay and began marching towards the seat of the Continental Congress to force the issue at gunpoint. The most serious was a planned coup by the junior and field-grade officers of the Continental Army, the so-called Newburgh Conspiracy, in 1783. George Washington himself stopped the coup on March 15, 1783 when he met with his officer corps:

Washington . . . gave a short but impassioned speech, now known as the Newburgh Address, counseling patience. His message was that they should oppose anyone “who wickedly attempts to open the floodgates of civil discord and deluge our rising empire in blood.” He then produced a letter from a member of Congress to read to the officers. He gazed upon it and fumbled with it without speaking. He then took a pair of reading glasses from his pocket, which were new; few of the men had seen him wear them. He then said:

Gentlemen, you will permit me to put on my spectacles, for I have not only grown gray but almost blind in the service of my country.

This caused the men to realize that Washington had sacrificed a great deal for the Revolution, just as much as any of them. These, of course, were his fellow officers, most having worked closely with him for several years. Many of those present were moved to tears, and with this act, the conspiracy collapsed as he read the letter. . . .

Washington could easily have seized power at the conclusion of the war with the army at his back. He could have demanded a monarchy and Congress might well have acceded. But with the war over, he wanted none of it. On this date in 1783, he appeared before Congress and tendered his resignation, then in the spirit of Cincinnatus, he returned home to his farm in Virginia. You can read the text of his final speech to Congress on this day in 1783 here.

That puts into perspective the 1783 exchange between King George III and the American painter Benjamin West, who was the historical painter appointed to the King’s royal court. The King asked West what he thought Washington would do now that the war was over. West said that he had heard Washington planned on retiring back to his farm. George then said, “If he does that, he will be the greatest man in the world.”

In 1978, communists in Afghanistan staged a coup, taking over the government. The Afghan military soon staged a counter-coup. Then the Soviet Union registered its objection by invading Afghanistan in December, 1979 and, on this day, entered the nation’s capital, Kabul.

An Islamic guerrilla movement soon developed — the Mujaheddin, which the U.S. heavily funded and equipped — to fight the Soviets. It drew in such radicals as Osama bin Laden. Moreover, many of the millions of refugees who escaped the fighting in Afghanistan went into Pakistan, where their children were trained in radical Islam at Saudi funded Madrasas.

And the war put Islamic radicalism on steroids. Islamic radicals believed that they had single-handedly defeated one of the world’s two superpowers and it was time again for Islam to become a conquering power in the world, spreading Islam by the sword. Within four years of the end of the war, these radicals would launch a bombing of the World Trade Center and begin sending terrorists around the world to kill for the glory of Allah. 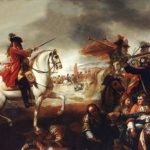 Notable Events on on December 23

1688 – The almost bloodless (in England) Glorious Revolution takes place on this day when King James II of England flees from England to France. The King’s nephew, William of Orange and his daughter Mary, are later proclaimed co-regents of England after assenting to the English Bill of Rights of 1689.

1913 – The Federal Reserve Act is signed into law by President Woodrow Wilson, creating the Federal Reserve System, a semi-autonomous central banking system. It failed its first true test during the Depression when it exacerbated the economic crisis.

1919 – Sex Disqualification (Removal) Act 1919 becomes law in the United Kingdom, giving women the right to work in Britain’s civil service, to practice law, and to enter universities. It came a year after the UK gave women a right to vote.

1970 – The Democratic Republic of the Congo, already a military dictatorship under Mobutu Sese Seko, officially becomes a one-party state. It remains today one of the most dysfunctional nations in Africa.

1990 – In a referendum, 88.5% of Slovenia’s overall electorate vote for independence from Yugoslavia, becoming the first of the Yugoslavian states to break away.

Born on on December 23

1745 – John Jay, one America’s Founding Fathers, he served in the Continental Congress and acted as a diplomat and negotiator during the Revolution. After the Revolution, he was nominated to become the 1st Chief Justice of the United States Supreme Court.

1805 – Joseph Smith, the religious leader, who founded the Mormon Church and the Latter Day Saint movement.

1923 – James Bond Stockdale, American admiral, pilot, Medal of Honor recipient, who spent seven years as a POW in Vietnam. After his Naval career, he later became the President of the Citadel and then Ross Perot’s Vice Presidential running mate in 1992.

Died on on December 23

1973 – Charles Atlas, the man who famously marketed bodybuilding to 98 lbs weaklings before Arnold ever came on the scene. He was one of modern America’s great icon’s of toxic masculinity. 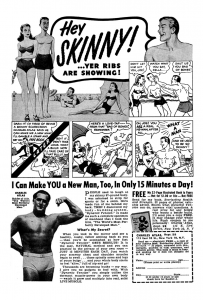 2013 – Mikhail Kalashnikov, Russian general and weapons designer, who, after listening to his fellow soldiers complaints about their rifles during WWII, designed one of the great rifles of the modern era, the AK-47.

Arturo Sandoval – All I Want for Christmas is You

Cherry Tree Carol is a ballad with the rare distinction of being both a Christmas carol and one of the Child Ballads (no. 54). The song itself is very old, reportedly sung in some form at the Feast of Corpus Christi in the early 15th century.