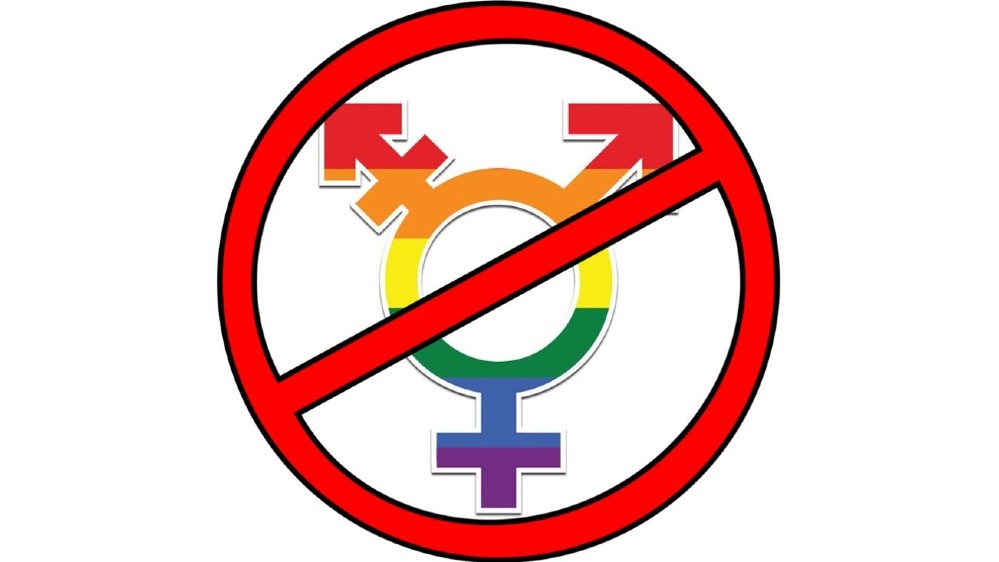 Candace Owens’ excellent interview with Walt Heyer, reminded me of a few points to add about the evil that is the modern “transgender” movement.

Yesterday I put up a post about the so-called transgender movement, which I consider one of the great evils being visited on America today. It’s long, but I think the points I make are worth contemplating. If you don’t like to read something that long, I’m putting together a two-part podcast about the post, which should go up later today or sometime tomorrow.

This afternoon, though, I finally caught up with Candace Owens’ superb interview with Walt Heyer, a man who had surgery and hormone treatment when he was 42 in order to make his body look more female, only to realize that he was the victim of a terrible ideology, at which point he made every effort to return to his male body. Since then, Heyer has been preaching the gospel that the whole so-called transgender movement is a con. You can learn more at his popular website about sex change regret.

I’ve embedded the interview at the bottom of this post, because it’s really worth listening to. You can also hear it on a podcast, as I did.

Listening to the interview reminded me of a few points I forgot to include in my own post. So, in no particular order….

1. In my post, I suggested, as I always do, my theory that the rise in sex based body dysmorphic disorder (“SBBDD”) may arise because so many women have taken the Pill at some time before they get pregnant. I suspect that, the closer that Pill use was to the pregnancy the more likely that it may affect the hormone wash the baby receives in utero. To the extent wash of female hormones feminizes a genetic boy’s fetal development, that hormonal imbalance should be something that in later life can be offset with male hormones, not exacerbated with female hormones.

Heyer, though, raised another point about the rise in SBBDD, which is that those people who come to him in desperation (always after the medical community has pushed them into mutilating surgery and dangerous drugs) have almost invariably suffered a distinct trauma that they can easily identify as the moment they began to try to disassociate from their body. Owens right said that this sounds as if the “transgender” movement is based upon PTSD. If that’s the case — and I’m sure it is — SBBDD is something ripe for psychiatric treatment, not mutilating surgery and dangerous medicines.

2. Heyer said that, when he first began to transition, his doctors put him on female hormones, which gave him a peaceful feeling, after all the mental anguish. That made his decision seem like smart one. After the surgery, though, the doctors backed off on those high doses of hormones, once again raising the anguish level that had driven him to seek help in the first place.

Heyer’s experience reminded me of something I learned about female hormones: they suppress strong emotions. This makes sense, because women who didn’t have some emotional suppression would be more likely to kill their children. After all, as every mom will tell you, you are never more tired then you are with babies in the house or more frazzled than when you’re dealing with toddlers or teens. Estrogen mutes those emotions. That’s why, when women start losing estrogen because of menopause, a lot of them start becoming very outspoken and colorful — their emotions are returning. Put another way, estrogen is a known tranquilizer.

3. Children at school aren’t just being told that they can be any gender they want. This, of course, is nonsensical, but it’s what America’s Leftist institutions of higher indoctrination, aka colleges and universities, have spread throughout the Western world.

Just as importantly, boys are being told that they’re toxic — they’re violent, they’re domineering, they’re abusive, they’re disruptive, and all the other poison that, from the time they’re little boys, is being dripped into their ears. Add to that some sort of trauma (sex abuse, the death of a parent) or some sort of mental disruption (depression, bipolar disorder, autism), and you’ve got boys desperate to disassociate themselves from their own biological sex.

4. Heyer and Owens both noted that the transgender movement severs families, which is something I pointed out in my post. Heyer asked “why” — as in “why does the movement want to do that?” In answer, I’ll point, as I often do, to my American Thinker article, Sex and State Power. It has aged well, I think, in the 9.5 years since I wrote it. Let me quote selectively:

The practical problem for the Left when it tries to attack individuality as expressed through sexuality is the fact that a person’s sense of an inviolate physical self develops quite early, during childhood.

Once a child individuates, he becomes aware of being his own self. … The most basic thing one can own is one’s own self, and not letting others touch that self in ways you don’t like is an exercise in self-ownership. (Emphasis mine.)

The Left, therefore, needs to decouple self and body as early as possible in a person’s development — and it does this by bringing its own peculiar notions of sexuality into the realms of child-rearing and education.

Once upon a time, the radical Leftists were quite open about their agenda. In the late 1960s and early 1970s, German Leftists explicitly sought childhood “sexual liberation” as a political goal.

In practice, this meant exposing children to adult sexual practices, focusing obsessively on the children’s external sexual organs, speaking about sexual matters in the crudest terms, and, unsurprisingly, engaging in actual sexual molestation. The Leftists advocating this liberation framed it as a way to break free of stifling bourgeois notions of morality that enslaved people and prevented them from realizing full sexual pleasure.

Reading the Leftists’ contemporaneous literature, however, reveals a more comprehensive aim than merely breaking those much-derided bourgeois sexual chains. The Leftists also intended to destroy the traditional nuclear family, with its bright lines between parent and child, and to bring down the capitalist system, which is dependent on a competitive, and therefore individualized, workforce:

For instance, “Revolution der Erziehung” (“The Revolution in Education”), a work published by Rowohlt in 1971, which quickly became a bestseller, addresses sexuality as follows: “The de-eroticization of family life, from the prohibition of sexual activity among children to the taboo of incest, serves as preparation for total assimilation — as preparation for the hostile treatment of sexual pleasure in school and voluntary subjugation to a dehumanizing labor system.” (Emphasis mine.)

Nor can the above ranting be excused as the thoughts of a radical fringe. For example, these same European Leftists infiltrated the Catholic Diocese in Mechelen-Brussels, in Belgium, creating a sickening environment that actively promoted pedophilia. In other words, this particular church’s forays into perversion were not the secretive gropings of individual priests. Instead, there was a concerted effort, led by a liberal Belgian church hierarchy, to make pedophilia a routine practice within the Church.

Incidentally, Frank Marshall Davis, a radical Leftist who was Obama’s surrogate father and mentor during his childhood years in Hawaii, fully supported this politically-driven hyper-sexualization, including sex with children. He engaged in and wrote about disturbing sexual practices such as bondage, simulated rape, undinism, and pedophilia (or, at the very least, pederasty).

While the overheated Marxist rhetoric of the 1960s has died away, the Leftist preoccupation with childhood sexuality, and its relentless desire to have the state control a child’s sexual development — and, by extension, to deny the child self-ownership — is still alive and well. The primary pathway the Left currently uses to decouple childhood sexual development from self-individuation is the gay rights agenda.

Many of us who believe that gays and lesbians should be free to pursue their personal lives free from discrimination have felt bewildered by our discomfort with and resistance to all of the homophilic programs that have suddenly invaded our children’s schools. To use the language of the Left, though, we should “listen to our feelings.”

Subconsciously, we recognize that these pro-homosexual programs have nothing to do with teaching tolerance, which is a virtue in a pluralistic society. Instead, the programs have everything to do with having the state substitute its goal of sexual, and therefore social, control in place of a parent’s desire to inculcate his children with traditional Judeo-Christian values, values that focus on the inviolability of the individual, beginning with his body.

5. Owens noted that she’s never come under more vicious attack than when she’s challenged the transgender movement. I’m not surprised. As I’ve often said, to the extent the driving force in this movement is men who have been led to think that they are women, and have taken hormones to that end, the political activists among them have all the aggression of men and all the emotionalism of women. That’s a dangerous combination.

6. Heyer makes it very clear that people who believe they are trapped in the wrong body are deeply damaged, unhappy people. We should be giving them the love and treatment they deserve. Instead, as a society, we’re grossly abusing them, by feeding into their break with reality and mutilating their bodies. Having done that, we’re handing to these damaged people the steering wheel to our culture.

You cannot base a society upon denying reality, especially the reality closest to who and what we are. The SBBDD movement is the Marxist dream machine for breaking up Western culture.