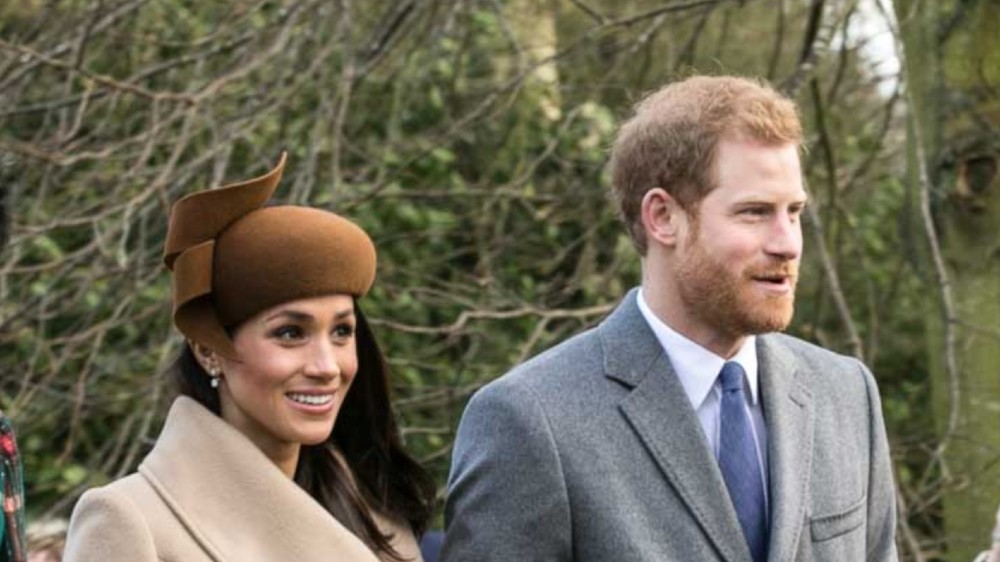 If only Harry and Meghan, whey they complete their divorce from the royal family, would follow Edward III and Wallis Simpson, and sink into deserved oblivion

Once upon a time, a long, long time ago, I would have cared deeply about what’s been going on in England. I grew up a passionate Anglophile, dreaming of moving to England. When I finally had my junior year abroad there, it was a year of tremendous delights, both social, for I had more fun than I’d ever had in my life, and aesthetic, for I thought everything about England was beautiful. Princess Di was ascendant at the time, and the Royal Family seemed perfect and permanent.

That was also the year I had the opportunity to be in Parliament when then-PM Thatcher appeared to argue something or other. Because I was a Democrat then and all my friends Labour, I had no idea that I was in the presence of greatness.

And then the Royal family and Britain changed. Princess Di, with help from Fergie, pulled back the curtains to reveal an exceptionally vapid Royal family. While the Queen has always comported herself with dignity, with respect for her office, and with love for her country, the same cannot be said for the other royals. One could only thank goodness that theirs is a symbolic power, because any country with those royals actually governing would be a disaster. Prince Charles proved to be exceptionally icky with his pompous pronouncements about climate and his unhealthy love for Islam.

Britain, meanwhile, really disgusted me with it’s own unhealthy love for Islam and its commitment to hard Left political correctness. Watching what was happening to England, with unending Muslim immigration and the government’s obeisance to sharia principles and hard-Left political correctness, was a frightening foreshadowing of where our own Democrat party yearns to take us.

The ordinary Brits, the working class people of all races and beliefs, only recently earned back my good opinion when they voted to leave the EU so they could again live in a sovereign nation and, more recently, when they resoundingly rejected the execrable Jeremy Corbyn, a man to the Left of Marx who never met a terrorist, especially an anti-Semitic terrorist, whom he did not immediately embrace. There is hope for England.

When it came to the Royal family, I saw hope in Kate, the Duchess of Cambridge. This is a young woman who knows how to handle herself. She’s beautiful in a refreshing, wholesome way, she’s a clothes horse who wears casual clothes as beautifully as designer clothes, and who endears herself to ordinary people by buy affordable clothes and often recycling them.

Kate also sticks to her lane. Her job, which is very well remunerated, is to go around England and the rest of the world being a super nice person, embracing non-political, super nice causes. This shows in her face. She has a knack for happy wonderment: 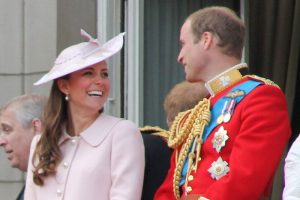 I’ve gathered that she and William have the usual Leftist politics of their class and education, but both understand that, as people who get paid to be the face of England, not of a specific political party, they need to keep their mouths shut. They do so with grace.

Once upon a time, Harry understood this. And then he met Meghan Markle. I don’t like her. I’ve never liked her. It’s in her smile. While Kate has an open, happy smile, Meghan too often has a smug, calculating smile. I can’t explain it; I just see it. (I’d put up a photo of the smile, but I can’t find a non-copyrighted one that illustrates what I mean.)

Meghan turned out to be a spendthrift, a malcontent, and, worst of all, a hardcore, virtue-signaling Leftist. Moreover, she wanted the perks of the Royal family, but not the work that went with it — work that includes always looking happy and keeping your nose out of politics.

Speaking of that money she spent, think about the fact that, in less than a year, she managed to wear almost a million pounds worth of clothes (although some may have been discounted). Even worse, despite all that money, she still looked ordinary, even drab. That’s a real waste of money.

And then there’s the virtue signaling. Meghan never saw a Leftist cause she didn’t want to embrace. That’s why I felt like Iago the parrot in Disney’s Aladdin (“Why am I not surprised?”) when I learned that the people helping Meghan and Harry extricate themselves from their job are . . . Barack and Michelle, who are offering advice heavy on pushing Progressive policies:

Barack and Michelle Obama have advised the Sussexes on their plans for a new life outside the Royal Family.

Harry and Meghan have become close friends with the former US president and his lawyer wife and turned to them for help.

Sources confirmed Harry and Meghan had discussed their plans with the former US president and his wife and wanted to mimic the way they had managed to build a successful, but dignified, life for themselves after the White House. A source said: ‘They have found huge commercial success without actually looking like they are getting their hands dirty, to put it bluntly, and retaining their popularity.

At least the awful Jimmy Carter, with his Habitat for Humanity work, got his hands dirty. Plus, it speaks well for him that he and his wife continue to live simply. They certainly don’t seem to have amassed an obscene fortune, unless it’s very well hidden.

When it comes to that obscene Obama fortune, it’s something that is great in a free market way, but somehow fundamentally at odds with the Republican notion of leadership. There’s something unseemly about how the Obamas have taken the fame the American people generously gave them and used it as an gigantic profit machine for themselves, all while shilling for their favorite Leftist causes. It also seriously irks me that the man who told Americans that, at a certain point the government was entitled to their money, can’t rake it in fast enough for himself.

The fact that Meghan and Harry have turned to the Obamas tells me everything I need to know about the couple: disrespectful of institutions, vapid, greedy, and Left wing. I sincerely hope that their decision to go into exile diminishes their presence in the world rather than enhances it. Like Edward VIII and Wallis Simpson, these are boring, ill-informed, selfish people who should be ignored into deserved oblivion.

UPDATE: The Obamas deny that they are giving advice to Meghan and Harry. I’m sure their denial is accurate. They’re obviously providing inspiration but that’s different from meddling directly into the Royal affairs. I don’t think this changes my main point, which is that Meghan sees herself as a Michelle and I really find that distasteful.