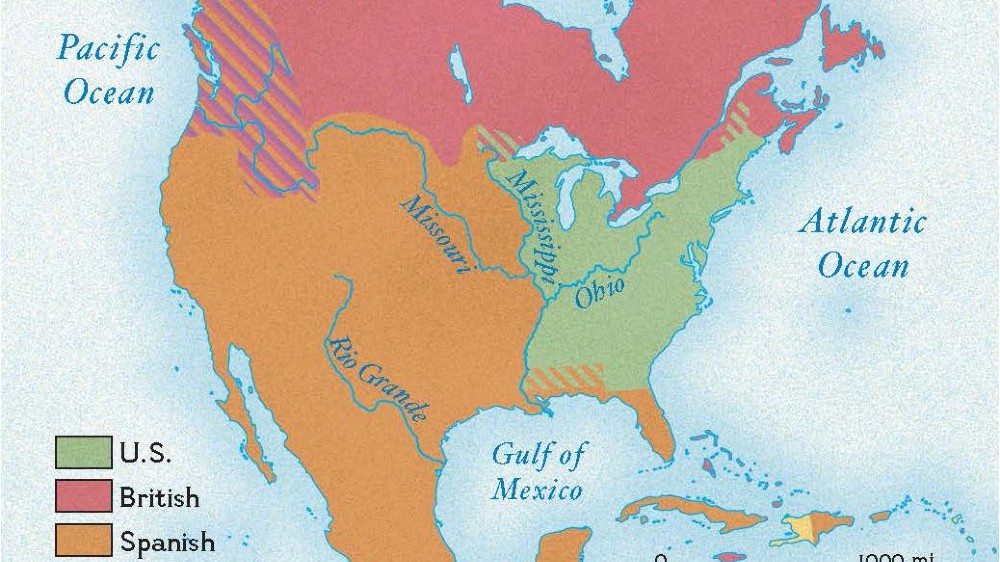 Feast of the Ass, Ratification of the Treaty of Paris, Hippie Movement and the Human Be-In, Spain annexes Cuba, Treaty of Kiel, Greek War of Independence, Casablanca Conference, Elvis Presley

Holidays and Observances on January 14

1784 – Congress ratifies the Treaty of Paris with Great Britain.

On this date, the Confederation Congress signed the Treaty of Paris with Great Britain, bringing to a close the American Revolutionary War. The U.S. had been quite fortunate. Britain, having given up on the war, offered very generous peace terms, looking to make of its former colonies a major trading partner with, and ally of, Britain. The last thing Britain wanted was a punitive peace that drove the nascent United States into a close, permanent alliance with France.

By far the most important part of the Treaty, besides British recognition of the individually named states forming the United States, was that Britain essentially ceded to the new United States all of its land claims east of the Mississippi River, north of Spanish Florida and south of Canada (see map) . The U.S., for its part, was to “earnestly recommend” to state legislatures to recognize the rightful owners of all confiscated lands and “provide for the restitution of all estates, rights, and properties, which have been confiscated belonging” to Loyalists, and to prevent future confiscations of Loyalist property.

The treaty had its desired effect of restarting robust trade between the two nations that, free of some (but not all of) the worst of mercantilism, soon surpassed the pre-war levels. In 1772, 37% of all British trade had been with North America, while most of the remainder was with Europe. By 1797, almost 60% of all British trade was with North America.

Despite the the strong and ever increasing trade relationship, there were still differences that nearly brought the U.S. and U.K. to blows within a decade. Chief among them were that Britain still maintained several forts in the territory they had ceded to the U.S., and was promoting Indian attacks on U.S. settlers in Ohio and Michigan. Further, Britain banned U.S. trade to British islands in the West Indies, contributing to a significant trade imbalance. All of these problems and other would come to the fore and be resolved with the War of 1812. But on this date in 1784, all of that was far in the future.

The Human Be-In, held on this date in San Francisco, California’s Golden Gate Park was the prelude to the Summer of Love. Timothy Leary set the mood of the event when he advised everyone to “Turn on, tune in, drop out.” The ramifications of such deep philosophy don’t strike one now, but given the massive quantity of LSD provided at the event, I am sure it made sense at the time.

Combining utopianism, drugs, narcissism and an antipathy towards personal hygiene, the hippie movement entered its ascendant period during the Summer of Love in the Haight-Ashbury district of San Francisco. It really isn’t possible for me to say much good about the hippie movement. The worst of it all is that those with the hippie ethos have grown up, but not grown in wisdom, and now sit atop the ivory towers throughout America. They were and are a societal disease. The jury is still out on whether Western Civilization will survive the hippie movement and its progeny.

1539 – Spain annexes Cuba. It is worthy of note that virtually all non-Muslim countries that Britain colonized have grown to be the most successful nations in the modern world, because Britain left behind its Anglo-Saxon traditions in governing, economics, education, and the law. In comparison, pick any nation that France or Spain once colonized and you will most likely find the opposite, for they tend towards being unsuccessful, if not failed, states in the modern era.

1814 – Treaty of Kiel: Europe was reshuffling the deck chairs after the Napoleonic Wars. On this date, under the Treaty of Kiel, Frederick VI of Denmark cedes the Kingdom of Norway to Charles XIII of Sweden in return for Pomerania. Neither would come to pass. For one, the Norwegians decided they wanted a say in it and declared themselves independent.

1822 – Greek War of Independence: Greece, birthplace of the Western world, had fallen along with all of the Byzantine Empire to Muslim control after the Ottoman Turks took Constantinople in 1453. In 1821, the Greeks finally began a rebellion against Muslim rule. On this date, the Greek rebels captured Acrocorinth. The war would continue for another decade until Greece won its independence.

1943 – World War II: Franklin D. Roosevelt becomes the first President of the United States to travel by airplane while in office when he flies from Miami to Morocco to meet with Winston Churchill where the two hold the Casablanca Conference to discuss strategy and study the next phase of the war. At the conference, Roosevelt and Churchill issued a statement that they would only conclude the war upon the “unconditional surrender” of the axis powers.

1950 – The first prototype of the MiG-17 makes its maiden flight. A subsonic jet, it was slow but highly maneuverable. The MiG-17 would see extensive service through the Vietnam War.

1953 – Josip Broz Tito is inaugurated as the first President of Yugoslavia. The nation broke apart in 1990 into a series of smaller, hostile republics – I.e, it balkanized, which is what happens when identity politics become ascendant.

1954 – The Hudson Motor Car Company merges with Nash-Kelvinator Corporation forming the American Motors Corporation, soon to bring America such marvels of automotive design as the Gremlin. AMC was a small company that constantly looked for niche markets. Chrysler finally bought it in 1987.

1973 – Elvis Presley’s concert Aloha from Hawaii is broadcast live via satellite, and sets the record as the most watched broadcast by an individual entertainer in television history.

2000 – A United Nations tribunal sentences five Roman Catholic Bosnian Croats to up to 25 years in prison for the 1993 killing of more than 100 Bosnian Muslims. They certainly deserved it, but I don’t think the UN has ever even taken up the issue of Muslim terrorism. Strange that.

2011 – Former president of Tunisia, Zine El Abidine Ben Ali. flees his country to Saudi Arabia after a series of street demonstrations against his regime and corrupt policies, asking for freedom, rights and democracy. His departure is considered the anniversary of the Tunisian Revolution and the birth of the Arab Spring.

83 BC – Mark Anthony, Roman general, politician and Cleopatra’s paramour. After Julius Caesar’s murder, Anthony joined in a three man junta to govern Rome. That eventually fell apart, and Anthony’s forces were defeated by the forces of Octavian (later, Augustus Caesar) at the naval Battle of Actium, following which Anthony and Cleopatra committed suicide.

1684 – Jean-Baptiste van Loo, French painter of the early 18th century. His works today hang throughout most of the most famous museums of Europe. The picture below, The Triumph of Galatea, 1720, hangs at the Hermitage Museum.

1741 – Benedict Arnold, brave and arrogant, was one of our nascent nation’s finest battlefield commanders. He would be today hailed as one of the great heroes of the Revolution had he not fallen under the spell of Peggy Shippen and been induced to turn coat not long after leading the charge that won the pivotal Battles of Saratoga.

1952 – Sydney Biddle Barrows – her ancestors came across on the Mayflower. Several generations on, she came across on a TempurPedic.  She became the Mayflower Madame, running an escort agency servicing a very rich clientele from 1979 to 1984. William Bradford would not have approved.

1898 – Lewis Carroll, one of England’s most well known authors. Carroll’s most famous works were children’s books, particularly Alice’s Adventures in Wonderland and Through the Looking Glass, that appealed to adult audiences as well, making many contemporary allusions and sophisticated satire. One of Ms. BWR’s favorite books is The Annotated Alice

. Carroll, highly educated, was the only son in a family of nine children. He spent his life celibate, supporting his sisters throughout his lifetime, and his favorite hobby was photographing per-pubescent girls, often naked, always with a parent present. As Ms. BWR commented, he was the type of harmless eccentric genius that 19th century Britain produced, but a man who would not likely survive in the modern era.

1957 – Humphrey Bogart, one of the most famous actors of Hollywood’s Golden Age. He had enlisted in the Navy during WW I, then became a theater stage manager after he left the service. He moved to Hollywood and appeared in his first movie in 1928. He earned popularity in 1941, with the releases of High Sierra and the Maltese Falcon, then in 1942 with the release of Casablanca. A lifetime of heavy drinking and smoking caught up with him and he died of cancer in 1957.

2016 – Alan Rickman, one of the great villains of the silver screen. A classically trained Shakespearean actor, he didn’t make his first appearance on screen until 1988, when he played Hans Gruber in the Christmas classic, Die Hard. Ms. BWR, who never cared for Rickman because of his offscreen anti-Semitism, likes to repeatedly watch Gruber/Rickman’s 40 foot fall in the final stunt.