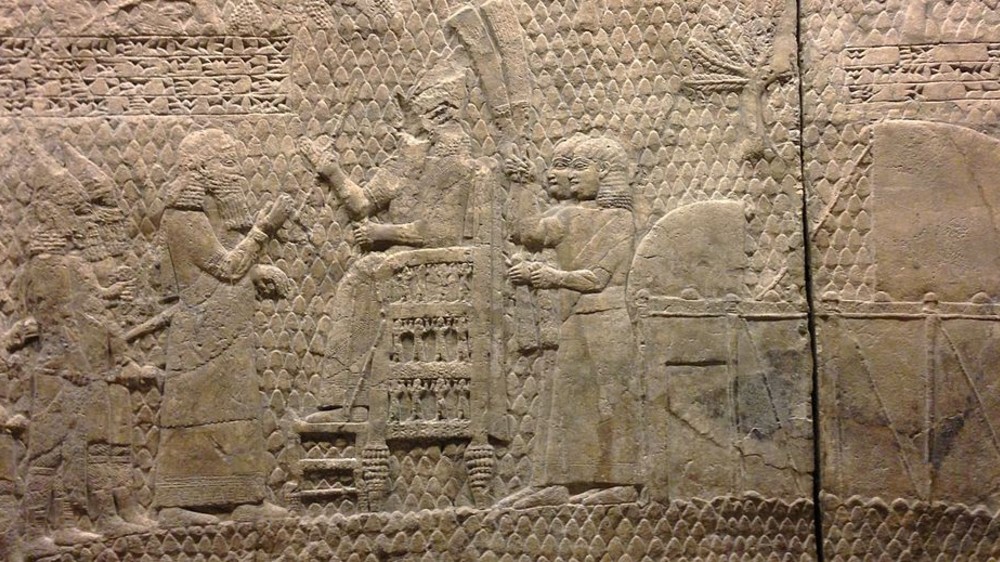 The fact that Iran is the new epicenter of coronavirus irresistibly reminds me of Sennacherib’s abortive attack on Jerusalem in 701 B.C.

Iran has a problem and that problem is coronavirus. Several different outlets, ranging from FrontPage Magazine to The New Yorker, have articles about the fact that Iran is having an explosive outbreak of the virus. Not only that, the virus has a very high mortality rate and is sweeping through the upper echelons of the Iranian government.

Here are just a few quotations from The New Yorker:

Iran, a country of eighty-three million people, has now become one of the global epicenters of the coronavirus—with the highest mortality rate in the world. Based on official numbers, the mortality rate in Iran has fluctuated daily, between eight and eighteen per cent, compared to three per cent in China and less everywhere else. Iran is also unique, because a disproportionate number of confirmed cases are senior government officials.

Iran’s official counts—three hundred and eighty-eight confirmed cases and thirty-four deaths, as of Friday—may be grossly underreported. In an early analysis published on Monday, six Canadian epidemiologists calculated that Iran probably had more than eighteen thousand cases of coronavirus. Their mathematical model was based on Iran’s official death toll, the disease’s infection and mortality rates worldwide, inflections in other countries traced to Iran, flight data, and travel patterns. “Given the low volumes of air travel to countries with identified cases of COVID-19 with origin in Iran (such as Canada), it is likely that Iran is currently experiencing a COVID-19 epidemic of significant size,” they concluded. Because of the wide margin of error, the number of cases could range from as low as thirty-seven hundred to as high as fifty-three thousand. In the end, the Canadian epidemiologists settled on eighteen thousand three hundred, with a ninety-five-per-cent confidence rate. All of their estimates are many, many times higher than the figures that Iran has reported. Their model was published on medRxiv, which posts preliminary research that has not yet been peer-reviewed.

You really have to read the whole article get a sense of just how bad things are in Iran. The outbreak is associated with a pilgrimage site in Qom, which the Iranians consider to be a healing site. Because its religious significance meant that the government could not admit that there was a problem there and because totalitarian governments lie anyway, the disease spread rapidly throughout the country and then across its borders.

In addition to being a sick country, Iran is also Israel’s main geopolitical enemy. It funds all of the regional terrorism directed at Israel. The tens of thousands of rockets Hezbollah has aimed at Israel come from Tehran. And now it’s being stricken with an illness that, thanks to its policies and poor medical care, is taking a terrible toll on the population.

And all I could think of was the Assyrian siege of Jerusalem in 701 B.C. According to the Bible, Assyria, the most powerful nation in the Middle East, having destroyed the Kingdom of Israel, turned its attention to the Judah.

We know the story is historically true because archeologists have found the tunnels and springs the Jews built to give them fresh water in time of siege. In addition, the Assyrian account, which is on Sennacherib’s prism, also talks about the campaign against Judah. While it boasts about its victories in various battles, it does not do so with regard to Jerusalem.

Perhaps Sennacherib is quiet because a miracle happened outside of Jerusalem. The king, Hezekiah, assumed that all the inhabitants of the city would die and the kingdom would fall. However, the prophet Isaiah promised him that the city would be saved and that’s exactly what happened. According to the Bible, an angel appeared overnight and killed 185,000 Assyrian troops.

Herodotus, who wrote of the events about 150 years after they happened, contended that mice overran the Assyrian army. When that fact is taken in conjunction with the huge death count, many have assumed that what the Bible is describing is a plague that wiped out the Assyrian army before it could successfully besiege Jerusalem.

I do not wish mass death on the Iranian people. They too are victims of their government. However, I don’t wish their leadership well. And I can’t help wondering whether this new plague is intended at some high level to remind the Iranian leadership that they are vulnerable.

(The image at the top of this post is from the Lachish Relief, a set of panels telling about the Assyrian victory at Lachish, in the Kingdom of Judah, before the Assyrians turned their attention to Jerusalem. The inscription reads “Sennacherib, the mighty king, king of the country of Assyria, sitting on the throne of judgment, before (or at the entrance of) the city of Lachish (Lakhisha). I give permission for its slaughter.”)