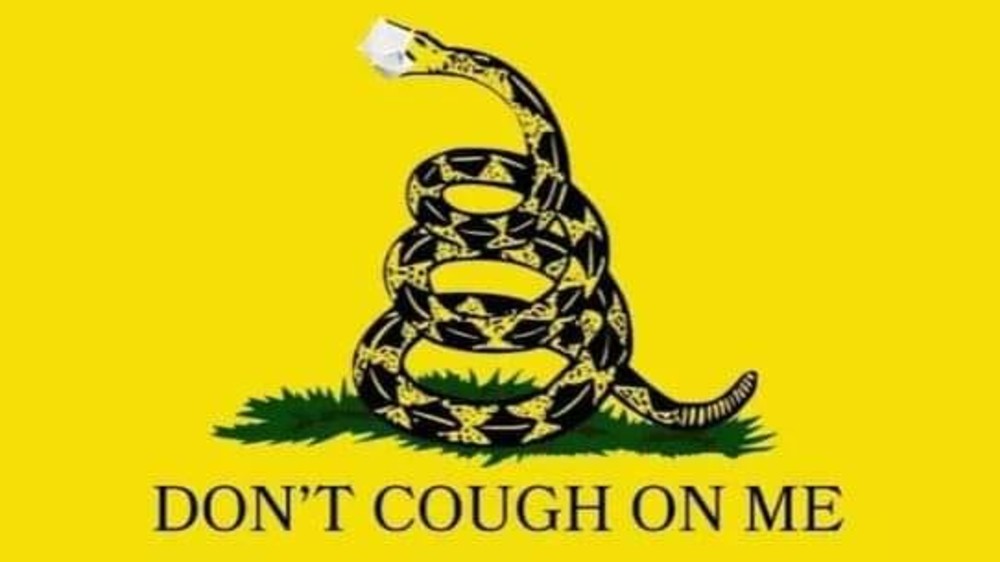 The media’s hysteria about coronavirus is intended to destroy the American economy because media types are focused single-mindedly on defeating Trump.

I have a few things I want to say about coronavirus or Wuhan Virus. I’ll start with the little stuff and build up to the big stuff.

First, it’s a little bit disturbing to me to realize that I already do, and have done for years, everything people are being advised to do now. I’m a germaphobe, so I’ve been wiping shopping carts down forever or washing obsessively after touching them. I’ve always been one of those people you see who opens doors with my elbow if possible. When I ride public transportation, if I can’t find a seat, I’ll either try to balance without holding onto a pole or strap, or I’ll hook my elbow around the pole so that my hands don’t have to touch anything. I never lick my fingers to turn pages or open plastic bags. I sneeze into my elbows, not my hands. I love to wash my hands.

I’m also a bit of a hoarder. I didn’t have to rush out and buy toilet paper because I always have a good supply of toilet paper around. I don’t know what emergency I’ve been worried about for the past two decades but I have toilet paper, dammit! I tend to grab hand sanitizer whenever I pass it by. I always have two pump bottles in my car, one in the passenger side door and one in the driver’s side door. I have a good supply of food. In California, it was in case of an earthquake. In South Carolina, I’ve got my food supplies lined up in case of a hurricane. I have candles, matches, and flashlights.

While I lack the imagination to write a novel, I have an amazing imagination when it comes to imagining germs. When I see something I consider dirty, my mind’s eye automatically paints a picture of creepy crawlies gathering to attack me. When my kids were little, I had to work hard to let them be dirty because I know that kids need to have their immune systems buffed.

With all this, I’m finding it remarkably easy to conform to the new dictates in the time of coronavirus. However, that does not mean I’m reconciled to the hysteria about coronavirus.

This is a flu. It is an aggressive flu in the very elderly and those who have compromised immune systems. Some unlucky people who are neither old nor already ill may still be among those who end up desperately ill or dying. Life is not fair. Children seem to be immune to the disease’s ill effects. This is probably because children have wonderful lungs. As one gets older, one’s lungs stop being quite so wonderful.

Speaking of lungs, people in China have badly compromised lungs. First, smoking is endemic in China. The longer you smoke, the worse condition your lungs will be in. Second, pollution is un-friggin’-believable in China. I took this picture of the heavy smoke inside the Beijing Airport terminal. That haze in the background isn’t poor lighting or poor photographing. It’s smoke.

This is the smog at the Forbidden City: 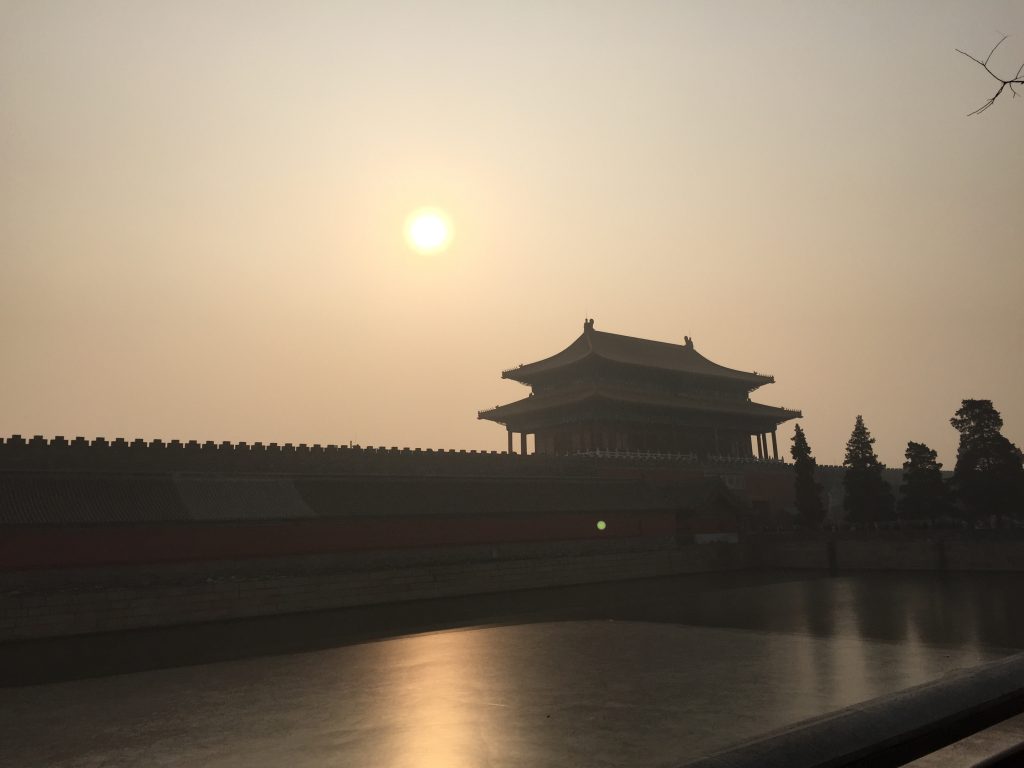 The streets in China are strewn with garbage, people don’t wash their hands, and men spit in the streets, among other unsavory habits. We are not China.

We are also not Iran, another place in which there’s heavy smoking and bad air pollution. Those in the government are aged. Also, on this, the occasion of Purim, it really does seem as if Queen Esther is attacking the Jews’ enemies.

As for Italy . . . it has a lot of old people and really filthy air:

The average age of coronavirus patients who have died because of the virus in Italy is 81, according to the National Health Institute. Italy, which has one the world’s oldest populations, could be facing a higher mortality rate as a result of its above-average elderly population. “Italy is the oldest country in the oldest continent in the world,” Casani says. “We have a lot of people over 65.”

Casani says that pollution in northern Italy could be a factor in higher death rates. According to a report by the Swiss air monitoring platform IQAir, 24 of Europe’s 100 most polluted cities are in Italy.

In America, a country of 330,000,000 people, there have been 647 confirmed cases and 25 deaths. So that’s 0.0002% of the population diagnosed and 0.0000075% of the population fatally stricken. Nor am I concerned that this implies a mortality rate close to 4%. The disease has been making itself known in places with lots of elderly people and health compromised people — retirement homes and cruise ships.

I’m not making light of these deaths, each of which is tragic for the person involved and that person’s family and friends. I’m just pointing out that the population at large is not at such high risk. Keep in mind that less than 5% of the population is over 80 and that there is no chance that 100% of the people over 80 will catch the flu and die.

Considering that coronavirus has been around for months now, Trump is doing a good job of slowing its entry into America.

This will shock some people, but death is everywhere around us, every day, in every way. In America, we’ve got better control over death than in many other countries in the world, but sooner or later it will get all of us.

Also, and this is an important point, the more people that get it, the lower the mortality rate. Why? Because as we increase testing, we’re going to discover that a lot of people have coronavirus but are minimally symptomatic. Were it not for testing, no one would know that they were sick. As more “survivors” show up, the proportion of deaths to diagnoses sinks.

Ultimately, because this is a new flu and it can be nasty, especially for the elderly and those with compromised health, it behooves all of us to behave as I, the germaphobe, do all the time: Avoid crowded places, don’t touch things if you don’t have to, wash or disinfect your hands well, and leave your face alone. If you don’t feel good, stay at home so you don’t infect others because that’s always rude. You should always have emergency supplies in your home. You never know whether earthquakes, hurricanes, tornadoes, or a flu will strike and you’ll be stuck at home.

For more perspective, these are good articles:

Michael Fumento’s Coronavirus going to hit its peak and start falling sooner than you think.

What’s this have to do with the media being evil? As Reynold, Fumento, and I have tried to explain, this is a bad flu, but not a world-altering disease. World altering diseases were the Black Death, Justinian’s Plague, and even the Spanish American Influenza. Had Ebola gone global, that would have been bad.

Yes, coronavirus is a pandemic because it’s everywhere in the world. That doesn’t mean it’s going to wipe out half the earth’s population.

The media, however, is selling the flu as if it is a Black Death. Worse, it’s not just doing this because of the “if it bleeds it leads” principle in media. The people in the media are doing this specifically to attack Trump.

It’s late, so I’m not going to bother citing articles. You’ve seen it for yourself and you can easily confirm that the media attacks every single thing Trump has done. He’s racist, he’s paranoid, he’s lazy, he’s trying to hide things, he doesn’t know what he’s doing, he’s making political calculations, he’s firing important people, he’s not listening to the people around him. This is Trump’s Hurricane Katrina. PEOPLE WILL DIE!!

That is not reporting; it’s propaganda, and it’s done with a single aim: To keep Trump from being reelected.

The side effect of the media’s political calculation is that it’s destroying the American economy and the world economy. I’m fortunate enough that I can ride out the stock market roller coaster. Many are not so lucky. They are seeing their retirement funds, the ones they wanted to use in six months, being destroyed in real-time. Also, those that are buying into the panic are selling out for pennies on the dollar and may never recover from that.

Businesses are going to go bankrupt and people will lose their jobs — and this is exactly what the media wants. Trump’s strength is the economy so the media will destroy the economy to undercut Trump. This is a declaration of war against the well-being of the American people and there really is only one word for it: EVIL.

I’ve long been disgusted by the media but watching the game-playing with coronavirus has raised my disgust to the same level I feel for mass murderers. Left-wing journalists (which means most of America’s journalists) are committing mass economic murder against the American people. What kind of sick, disgusting, morally-indecent people do that kind of thing? And they’re doing it in the service of Joe Biden! They are destroying the American economy so that Joe Biden — senile, corrupt, perverted, stupid Joe Biden — can be the president.

I still believe in the First Amendment and the virtues of a free press, but I also remember that the Founders understood that America could survive only if had a mostly moral population. They assumed, I think, that the press would share in that morality. What happens when those who are supposed to be society’s watchdogs and reporters lose their moral compass and throw their lot in with the Devil? Well, I guess we’re going to find out.