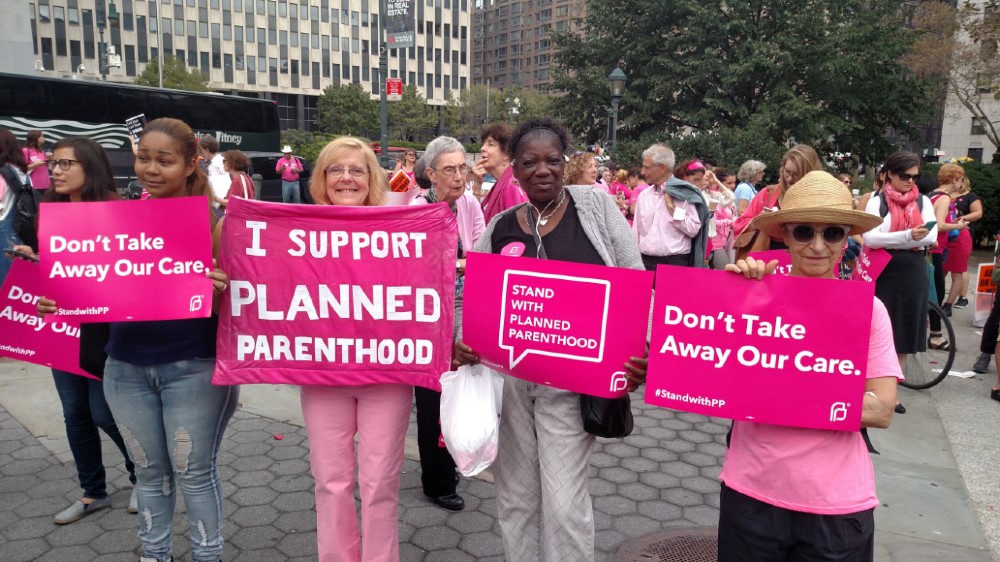 It appears that Democrats are dragging their heels on the bailout bill because it doesn’t ensure that Planned Parenthood can continue operations.

During what Steven Hayward calls the “Great Hunkering,” I am trapped in my home with my Little Bookworm and her boyfriend. Well, because I’m not in California, I’m not really trapped. Nevertheless, they’re hunkering down here because it’s currently the best and safest place for them but we’re still able to leave the house for outings.

If you had told me when my children were younger that I would still be “stuck” with them the house long after they were old enough to have left the house, I would have let out an existential howl loud enough to shake the rafters. My sole goal when they were little was to raise them to be good human beings and then to release them on the world. I wanted my old peace and quiet back.

A funny thing happened, though, thanks to my success (yes, I was successful) in raising my kids to be good human beings: They are delightful to be around. Although my house isn’t as peaceful as it was two weeks ago, it’s filled with life and laughter.

We play board and card games, go for walks, visit beautiful outdoor spots, and have good conversations. The boyfriend is a wonderful cook, so the house is also filled with good food. And of course, because my Little Bookworm is truly mine, she knows how to clean and does it well. All in all, I’m very happy having them here and have told them to stay as long as they want.

For those women who don’t immediately embrace the idea of maternity, for whatever reason, pregnancy and childrearing can seem like awful ideas. After all, we have no idea what the future will bring and, if we’re not that into children, all that we can see are the downsides — the need to submerge oneself into the needs of another, the loss of sleep, the damage to our bodies, the loss of incomes or careers. All of that is oppressive. And of course, if we can’t imagine anything nice about babies and children, we certainly can’t imagine a future when they’re all grown up.

The point I’m trying to make, though, is that if you really put your back into the whole childrearing thing, the rewards can be both unexpected and tremendous. While the short term can be difficult, the long-term may well prove to have been worth it.

All of the above flashed through my mind when I read that the Democrats are delaying the stimulus bill because they’re scared that Planned Parenthood won’t be a part of it. Rick Moran explains that Democrats are worried that they will not be able to exert enough control over corporations. However, there’s another concern keeping Dems from helping America’s workers:

Even more ominous to Democrats was a Medicaid restriction that would hurt Planned Parenthood and other non-profits.

A Democratic aide said that the small business provision was drafted to exclude non-profits who receive Medicaid from being eligible for Small Business Administration assistance offered under the bill. That, according to the aide, would impact Planned Parenthood but also community health centers, rape crisis centers and disability service providers.

Planned Parenthood is not a “small business” and non-profits, as their name implies, aren’t “businesses” either. Tens of millions of dollars — or more — could be denied to real small businesses who need that cash as well.

For Democrats, anything that stops the abortion machinery from grinding on is a no-no. They’re horrified at the thought that babies might be born. Even as they’re terrified about deaths from flu, they’re comfortable with the Planned Parenthood abattoir that sucks out hundreds of thousands of lives across America every year.

Obsessed with the horrific possibility that children may be born because abortions won’t happen, they’re incapable of envisioning a different possibility; namely the long-term happiness that can flow from having raised children. It’s unacceptable to them that, because of coronavirus, some women may have to carry pregnancies to term, and then either allow the children to be adopted by those who badly want them or raise the babies themselves. That’s weird and bad and sad all at once.

Image credit: Pink out for Planned Parenthood, from Wikipedia.