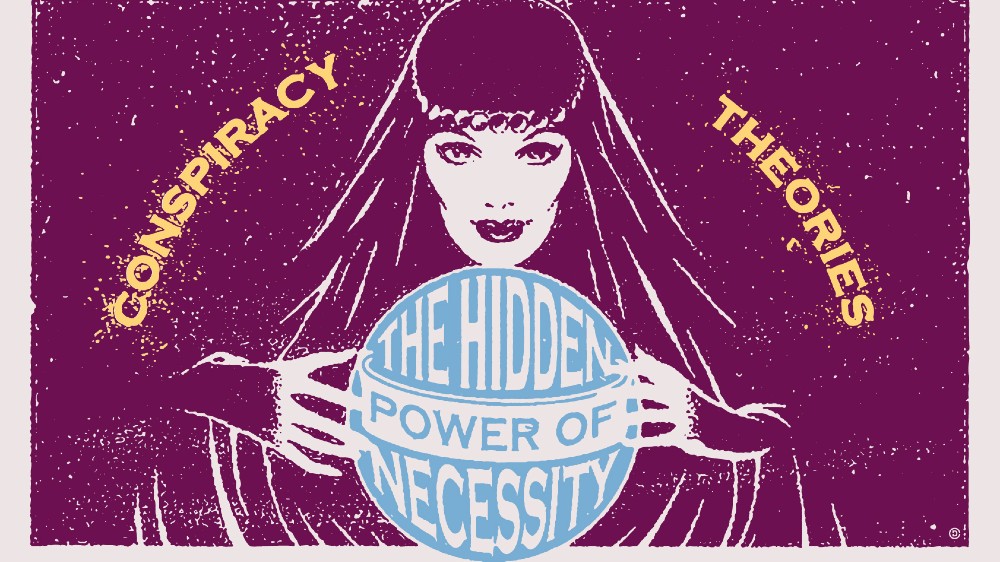 A theory about a peculiar Eric Holder tweet doesn’t seem like a laughable conspiracy theory when you consider what Obama-ites have already done to Trump.

I’ve always said of conspiracy theories that they connect invisible dots to make imaginary lines. Within their own tight little universe, they make total sense. However, the moment you add external facts, suddenly you realize how flawed the logic is or how heavily and unreasonably they rely on coincidence.

Still, sometimes you come across a theory that is so clever that you admire it even if you don’t believe it. And then, when you live in really crazy times, times of government coups and fanatic hatred for the president, the theory begins to seem weirdly reasonable. That’s the case for me with a tweet that Eric Carmen posted on Twitter.

If you’re of a certain age, you remember Eric Carmen, a singer who started with the Raspberries in 1970 and then went on to a successful solo career that spanned the 70s and the 80s. I always loved Carmen’s music, especially this one:

I never realized in the 1970s and 1980s, because I only heard his songs on the radio and never saw him perform, even on television, that Carmen was a clean-cut guy back in the hippie era. I also had no idea that he’s Jewish. If I had been asked, in a vacuum, to say whether Carmen was conservative or leftist today, I wouldn’t have known what to answer. The clean-cut presentation would have suggested conservative but because he’s Jewish, the odds were that he would be a leftist.

Clean cut wins the day. Carmen is extremely conservative and a huge Trump fan. I know this because I follow him on Twitter. I enjoy Carmen’s posts because he’s informed and enthusiastic. Here are just some of the things he’s tweeted:

It was “overwhelmingly” in someone’s interest. https://t.co/Stam8CCO13

#TrumpIsALooser
Anyone who spells “Loser” with two ‘O’s……Is a REAL “loser.”😏🤡🤯

Watching our @POTUS on tv, right now. We’re so very lucky 2 have a successful “businessman” in the White House right now. Every American should thank their lucky stars, today. Liberals…He’s saving your lives, as well. Turn off your Moc-ingb-rd media. Think for yourselves!

When I first went to Japan, in 1978, people on the street were wearing masks. When I asked “Why?” I was told it was 2 keep from infecting others. When they got sick, they automatically put on a mask. This is why Japan and South Korea have lower rates of infection. WHO & CDC lied.

Carmen put up another tweet a couple of days ago that I just can’t shake. Part of me thinks that the tweet is too clever by half and can’t possibly be true. It’s a classic case of invisible dots and imaginary lines.

But then I look at it again and think that Holder has always been a leftist radical and that he was an integral part of a presidential administration that tried to undermine an American election. When the attack on election integrity failed and the head of that administration left office, those of his minions who remained embedded in the bureaucracy tried to commit a coup. Just the other day, William Barr, who has the facts spread out before him and is not an imaginative man, spoke in the strongest terms about what the Obama administration did during the election and its rump did after the election (emphasis mine):

Barr also provided an update on Connecticut U.S. Attorney John Durham’s investigation into the origins of the FBI’s Russia investigation, telling Ingraham that Durham’s “primary focus isn’t to prepare a report. He is looking to bring to justice people who are engaged in abuses if he can show that they were criminal violations, and that’s what the focus is on.”

“My own view,” Barr added, “is that the evidence shows that we’re not dealing with just mistakes or sloppiness. There is something far more troubling here, and we’re going to get to the bottom of it. And if people broke the law, and we can establish that with the evidence, they will be prosecuted.”

The attorney general left no doubt as to his own view of the investigation, which spanned nearly three years and ended in March 2019, calling it “one of the greatest travesties in American history.”

“Without any basis, they started this investigation of his [Trump’s] campaign, and even more concerning, actually is what happened after the campaign,” Barr said. “[There was] a whole pattern of events while he was president … to sabotage the presidency … or at least have the effect of sabotaging the presidency.“

Looked at from that viewpoint — namely, which is a full-scale Leftist attack on President Trump — Carmen’s tweet no longer seems so unreasonable:

Honestly, I’d love to dismiss that tweet as just a “too clever” theory, but we’re at a time in American history that makes it hard to dismiss even the more extreme theories. The Obama administration’s corruption, Holder’s radical past, and the extraordinary virulence and insanity of Trump-hatred on the left make even the unthinkable become thinkable — especially when the only candidate the Democrats have left is a senile, corrupt sexual predator.

In 2016, the radical left’s Deep State “insurance policy” (Peter Strzok’s phrase) failed. With another election looming, would you put it past those same players not to have another insurance policy in place?

I think I need to step away from the internet, clean my house, walk my dog, and read something wholesome. Otherwise, this is the path to madness.